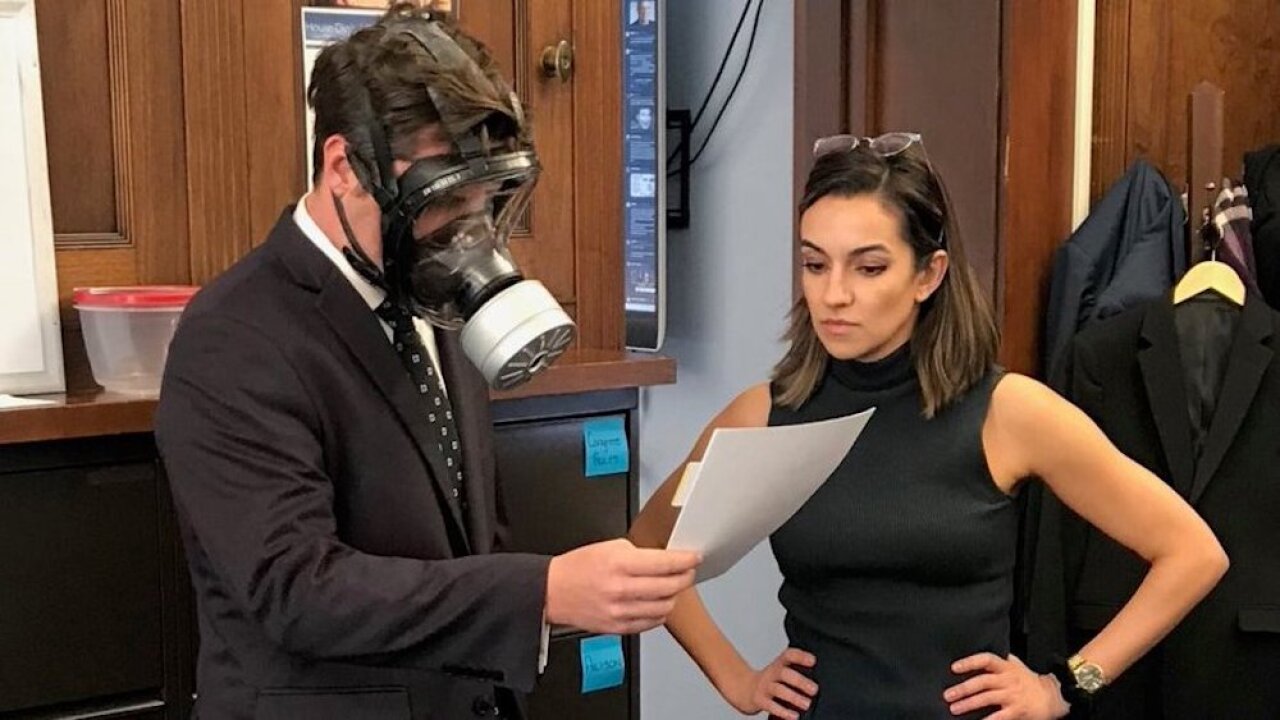 Rep. Matt Gaetz (R-Florida) wore a gas mask on the House floor Wednesday while voting on a bill that would appropriate funds to fight COVID-19, better known as the coronavirus.

Gaetz tweeted a photo of himself wearing the mask Wednesday afternoon prior to a vote on a bill that would appropriate a total of $8.3 billion in federal funds to fight the virus and expand access to health services for seniors.

Gaetz wore the mask the same day that an 11th person died of COVID-19 in California — the first death related to the disease outside of the state of Washington.

Fellow lawmakers ribbed Gaetz in a series of tweets.

According to CNN, Gaetz voted in favor of the bill but later said he "didn't feel good about it" because the bill did not include spending cuts in other areas of government to account for the cost of the package.

"$8Billion+ in spending without offsets," he tweeted . "The next generation will have to pay for their own pandemics....and ours too...with interest."

Gaetz later told Fox News that coronavirus should "not be used as a political tool."