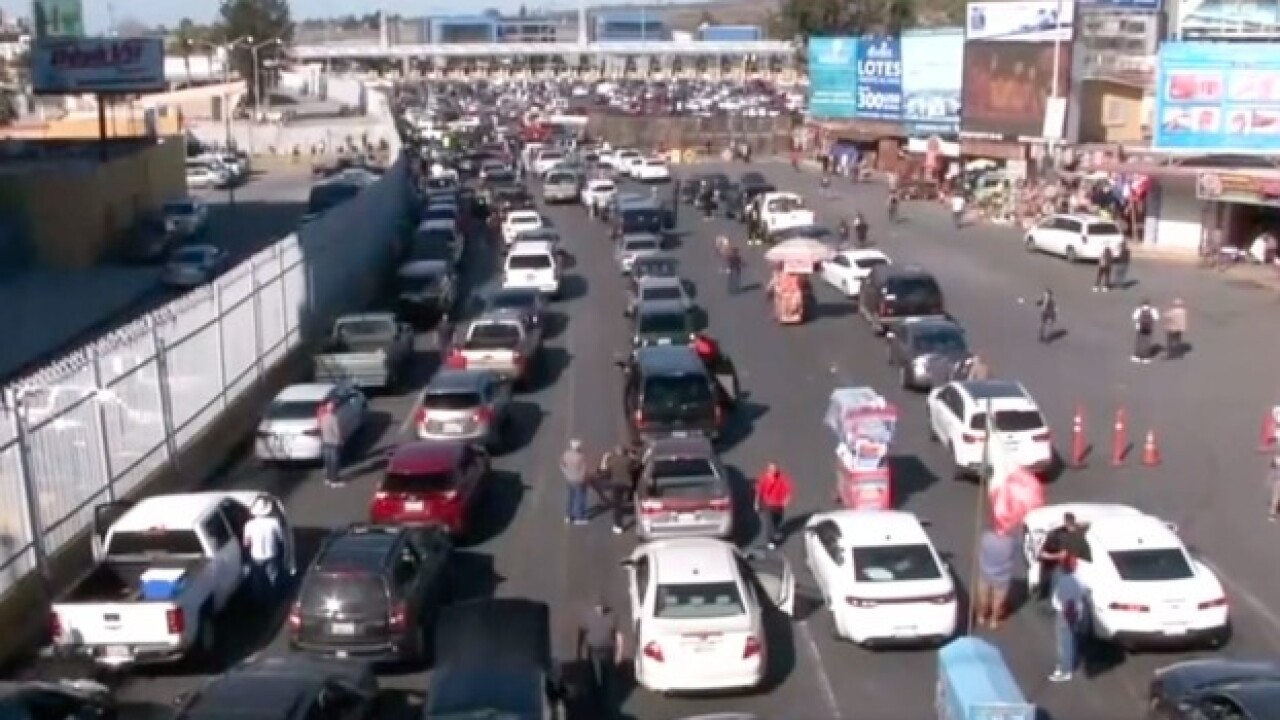 SAN DIEGO (KGTV) -- Residents in San Ysidro and Tijuana are fearful of what will come next after hundreds of migrants rushed the border Sunday in a show of force.

Commuters said they fear that they won’t be able to get across a bridge in San Ysidro to work or cross over to see family.

In Mexico, residents say they’re fed up with the flood of migrants. “Deport them back to where they are, let them over here. They need to get out of Tijuana because it's just crazy for us,” said Candace Sanchez, a Tijuana resident.

On the US side, those with family south of the border are concerned with what the future holds. “It worries me that the border might get closed. I mean it's like uh what's going on? We've never really seen this before,” said Victor Juarez.

Many people missed a day of work due to Sunday’s border closure, taking a toll with the holiday gift-giving season approaching. “I just hope they get out of here in Tijuana and let our lives be normal again, you know,” added Sanchez.