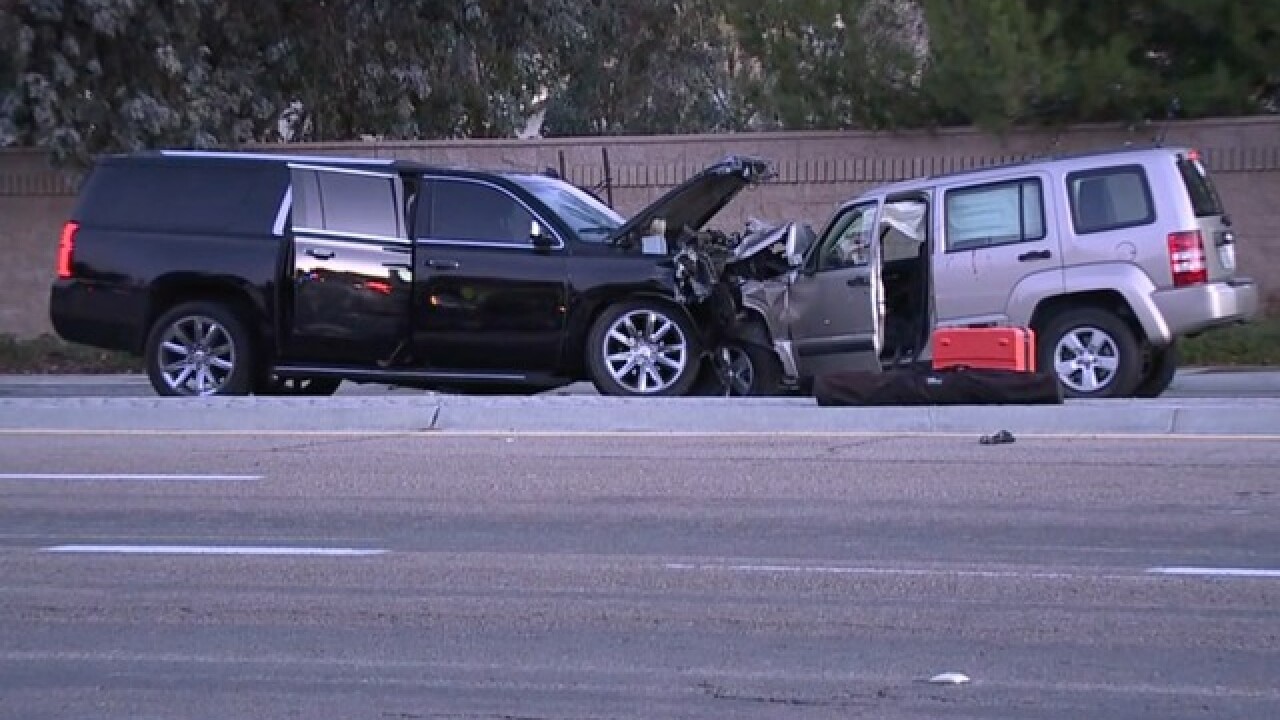 SAN DIEGO (KGTV) - San Diego Police announced Thursday the arrest of a mother accused of driving her SUV the wrong way in Rancho Bernardo, causing a head-on crash that injured her children and an innocent driver.

Mayra Gonzalez, 29, was drunk when she drove her Chevy Suburban east in the westbound lanes of Camino del Norte west of Interstate 15 Monday morning, police said.

The Suburban hit a Jeep Liberty, seriously injuring the 57-year-old man in the Jeep.

Gonzalez’ three children were in the car at the time of the crash. Her 8-year-old and 2-year-old daughters had minor injuries but her 9-month-old daughter, who was unrestrained, suffered life-threatening injuries. Gonzalez was also taken to the hospital with serious injuries.

San Diego Police placed Gonzalez under arrest while she was receiving treatment at Palomar Hospital.

Gonzalez will be charged with felony DUI, driving on the wrong side of the road, and felony child endangerment.