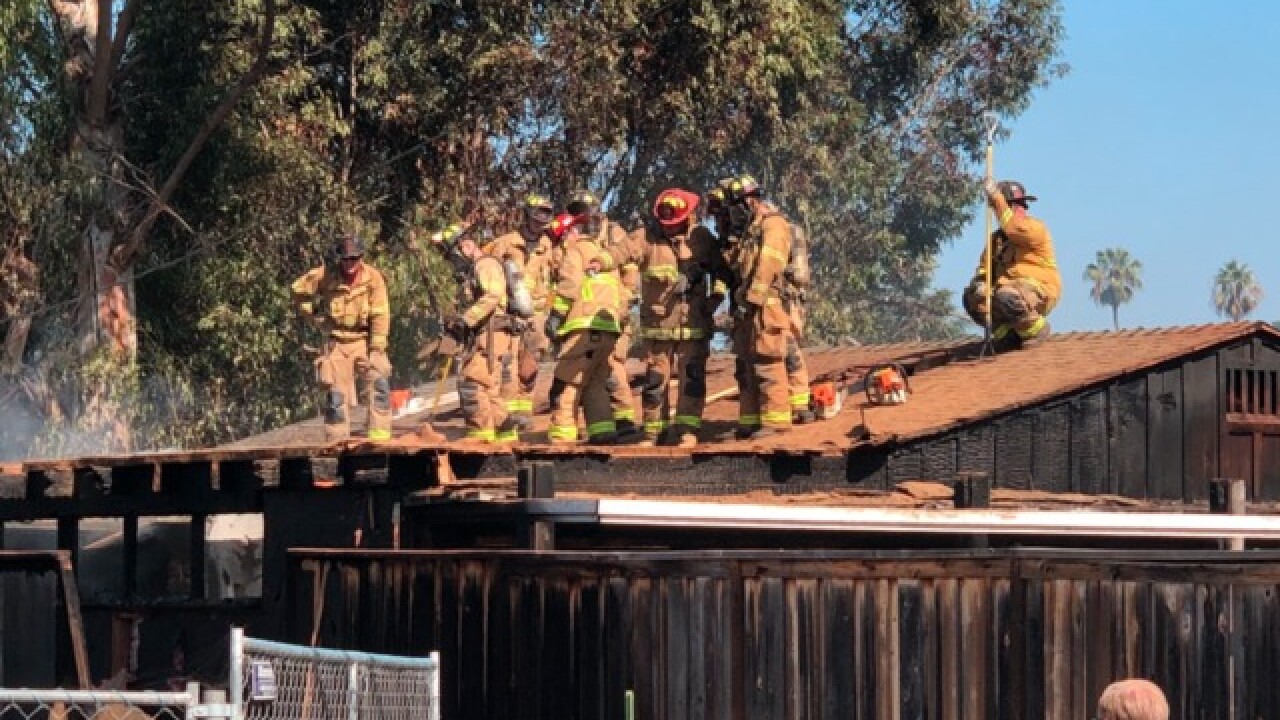 SAN DIEGO (KGTV) -- Firefighters are investigating after a home in Mission Hills burst into flames.

The fire started on the 1800 block of Washington Street shortly before 9 a.m.

According to the San Diego Fire-Rescue Department, the fire started in the back of the home shortly before neighbors say they saw a man leaving the home.

Crews say no one was living in the home at the time and that the house was completely empty.

Flames spread to a nearby canyon in the back of the structure that firefighters were able to quickly extinguish.

The man spotted leaving the house was taken into custody and is being questioned. No cause has yet been determined.

Firefighters working to put out a flames at a home on Washington Place. Deputy chief tells me a person was taken in for questioning. No one was living here at the time @10News pic.twitter.com/j14kLtmlqj