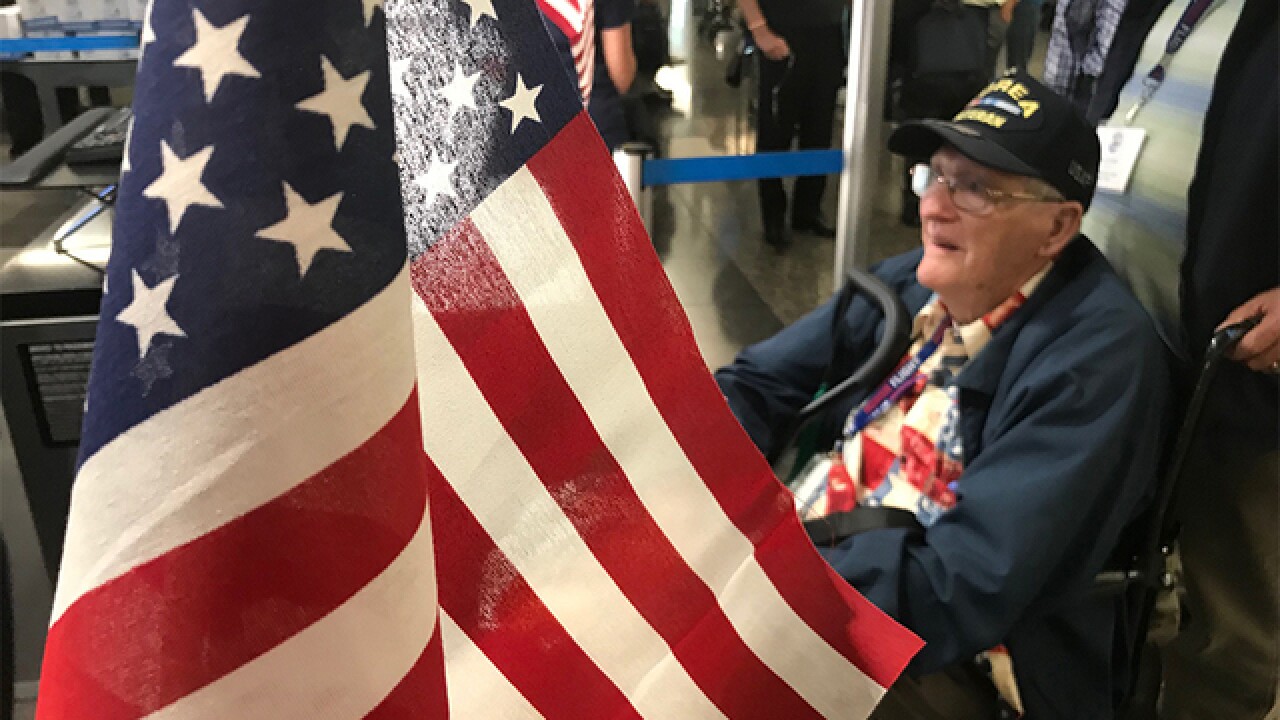 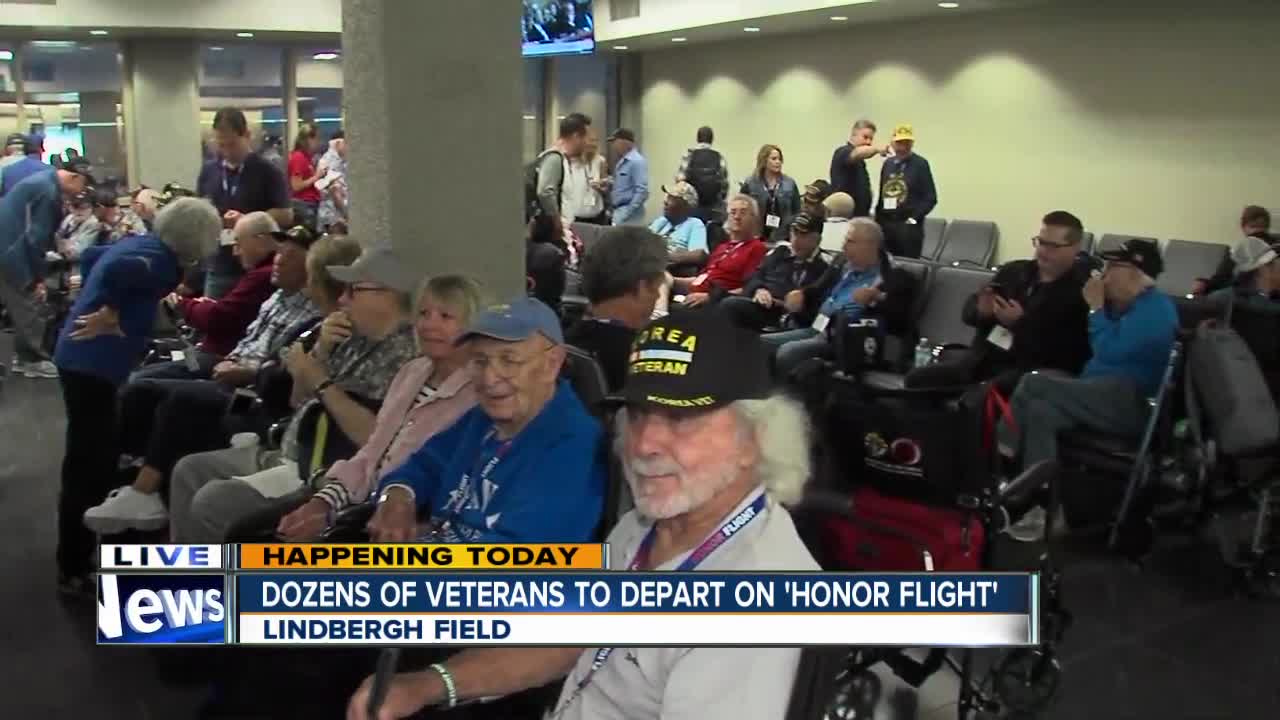 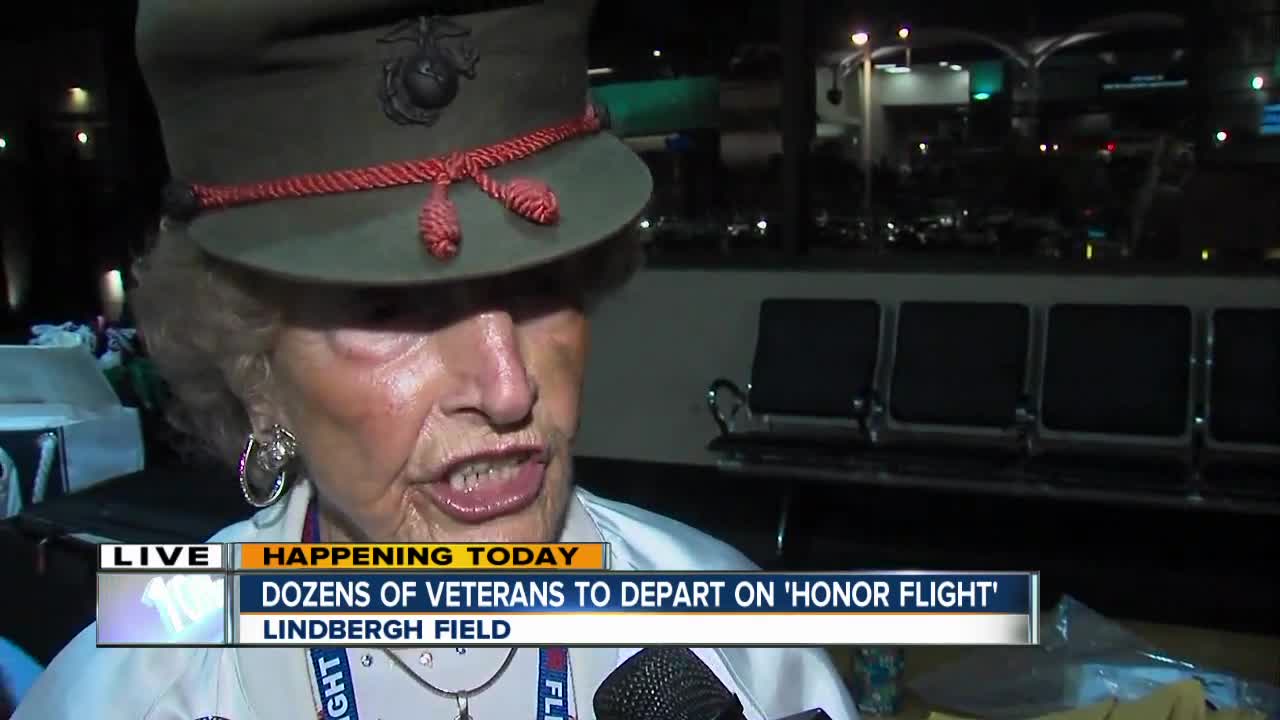 The group of veterans from every branch of service took off from Lindbergh Field and will visit the nation’s capital for free, thanks to Honor Flight San Diego.

The group consists of 32 World War II veterans and 48 Korea-era veterans. Three female veterans are also a part of the tour group.

According to Honor Flight San Diego, a number of veterans in the group are Purple Heart and Bronze Star recipients. The youngest veteran is 84 years old and the oldest 101 years old.

Additionally, the veterans will visit Arlington National Cemetery, and the female veterans will tour the Women in Military Service for America National Memorial, where they will have a special recognition ceremony.

The trip costs about $250,000, but it is made possible thanks to Honor Flight San Diego and the generosity of donors.

Learn more about Honor Flight San Diego, including how to donate, by visiting www.honorflightsandiego.org.