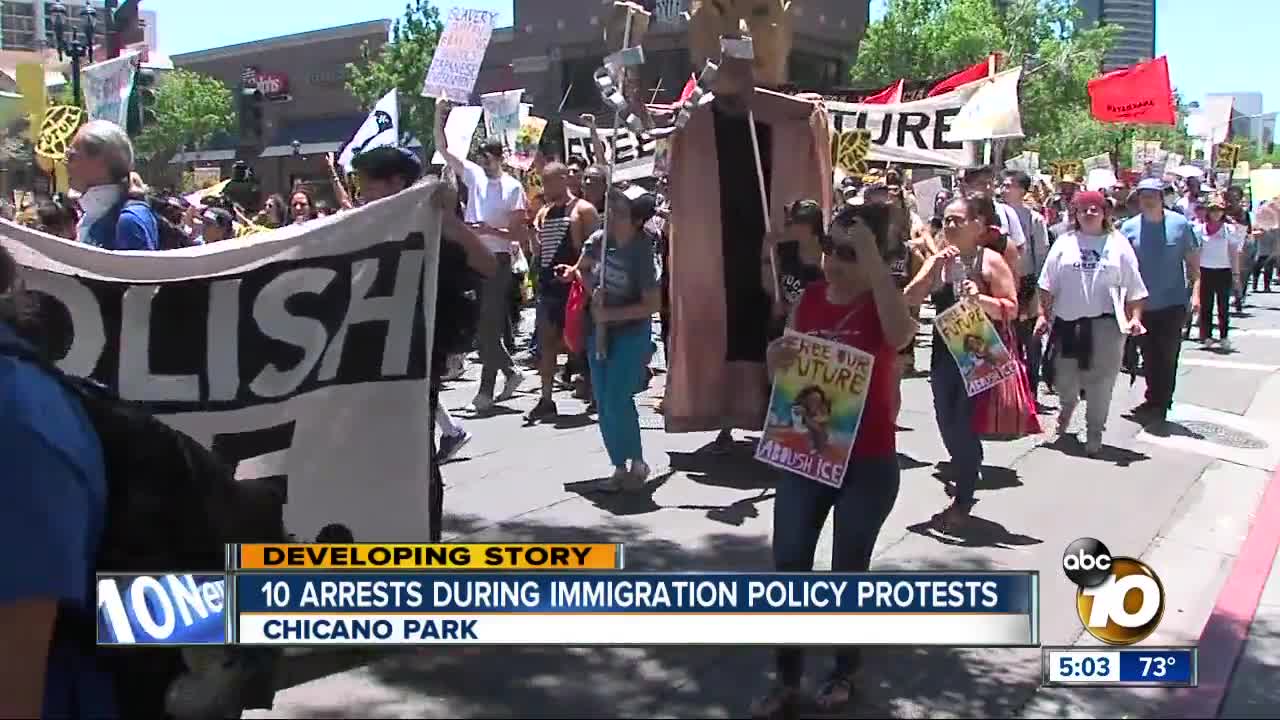 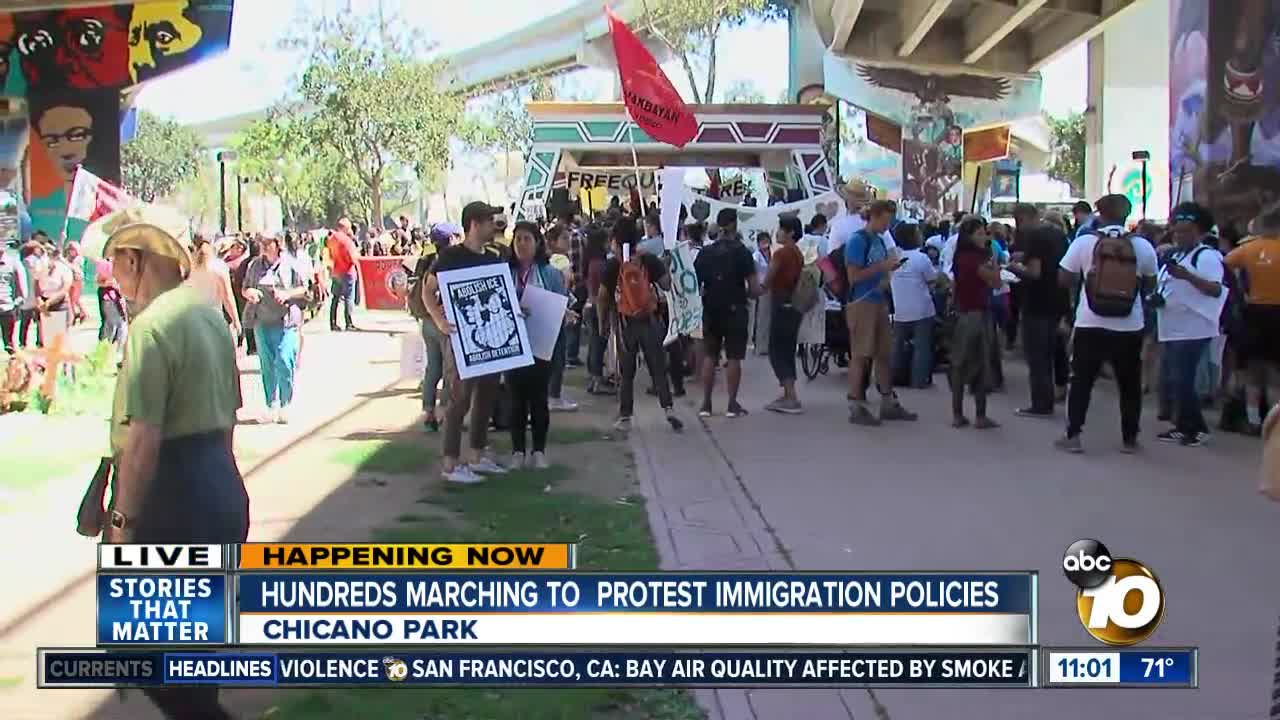 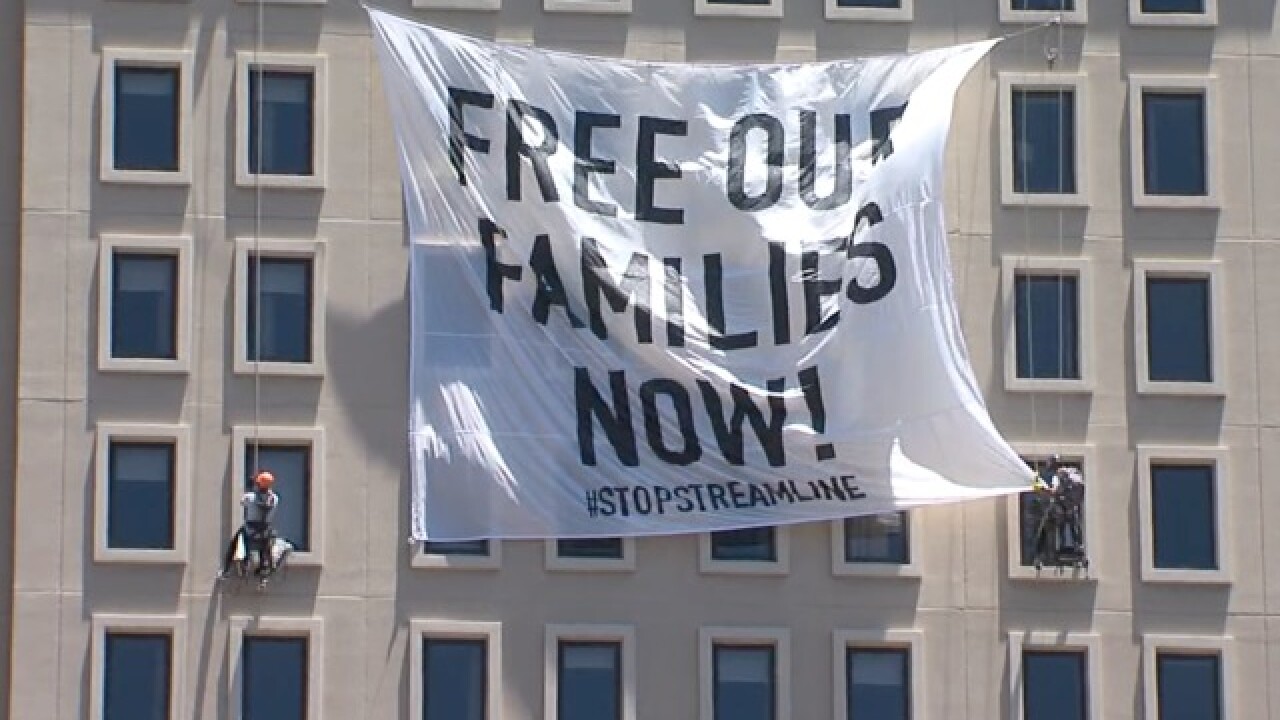 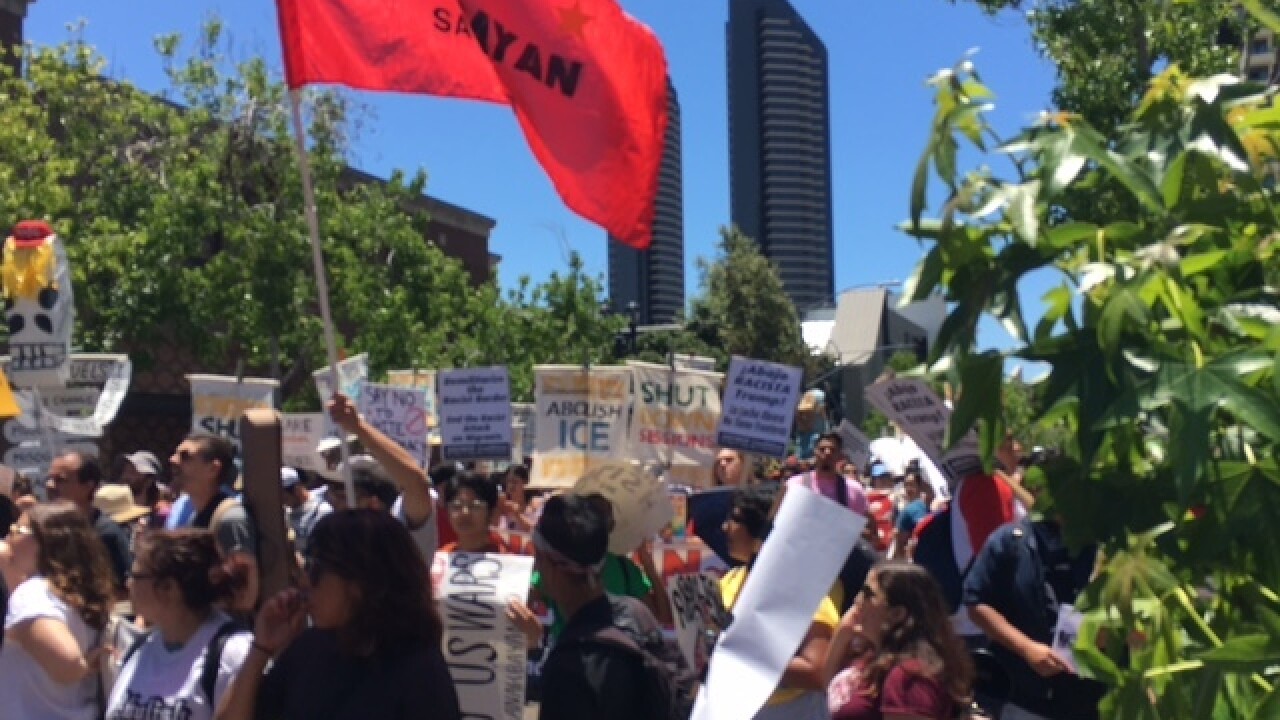 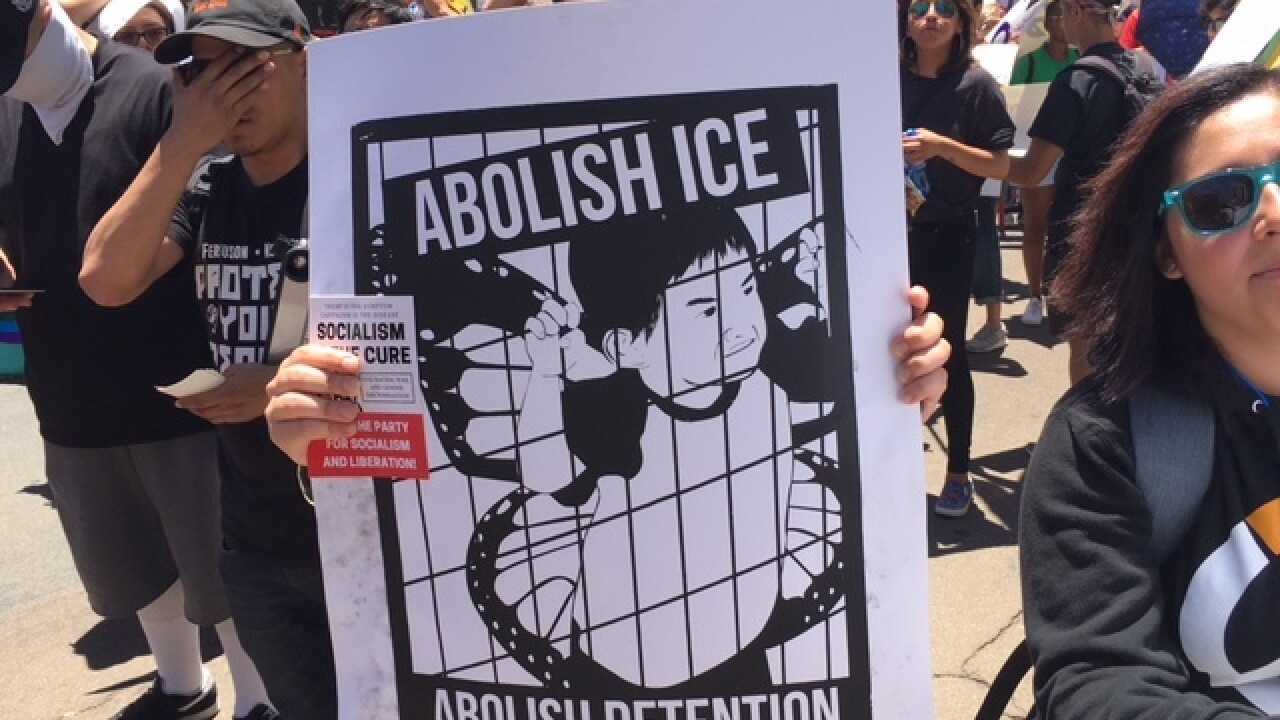 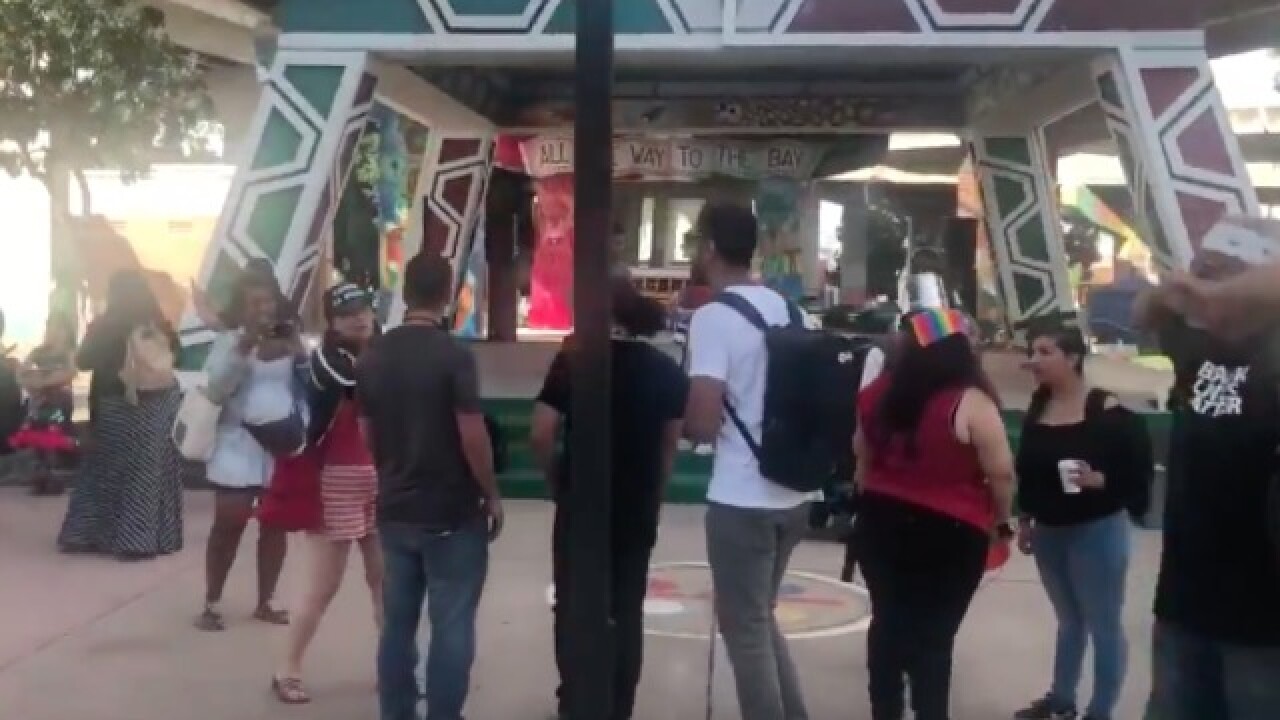 SAN DIEGO (KGTV) -- 10 people were arrested Monday in a protest against the Trump administration’s immigration policies at Chicano Park.

Protesters gathered as early as 9 a.m. to march toward downtown in protest of a program called Operation Streamline.

The protesters who were arrested had climbed on top of the Westin San Diego Gaslamp hotel at Horton Plaza to unfurl a banner. Their attorney said they wre charged with trespassing, conspiracy, and obstruction of justice.

Demonstrators with the group Mijente, as well as community members and people from different California cities, Arizona and even Georgia filled the park as they protested ICE and the zero-tolerance policy.

The program has so far been used in Texas and Arizona and groups undocumented immigrants together for criminal federal court hearings.

The result is quick mass deportations. The program hasn’t been used in California yet and protesters believe the policy isn’t welcome in San Diego or the U.S.

Judges and attorneys from San Diego recently sat in a Tucson courtroom to see how the process works and how they’ll prosecute similar cases in San Diego once the program is implemented.

Critics of the program say it takes away the right to due process while supporters say the goal is to reduce the rates of illegal re-entry and secure the border.

Chicano Park starting to fill up as protest and #FreeOurFuture event set to start in less than 10 minutes. @10News pic.twitter.com/QSi2dg2n8Z

Police around the corner of #ChicanoPark as protest expected to get underway in about 30 minutes. @10News pic.twitter.com/1rpP9xS8Jp