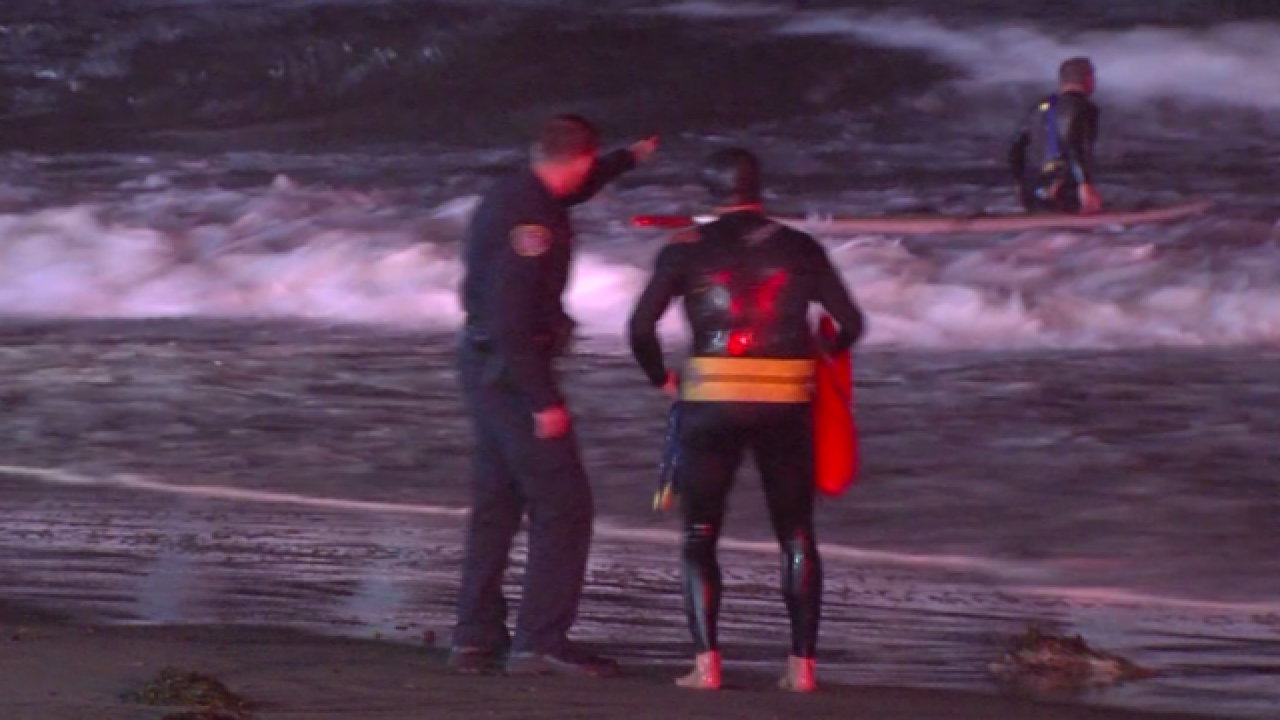 SAN DIEGO (CNS) - A drowning victim was found in the water near the Ocean Beach Pier Friday evening in San Diego.

The man was reported asking for help while in the water at 9:34 p.m., according to San Diego Police Department Officer Robert Heims.

The man was found dead in the water by responding lifeguards from the San Diego Fire-Rescue Department said.

It was not being investigated as a criminal matter, Heims said. Police said the man was retrieving his personal belongings, after they were thrown off the pier during an argument with two other men.