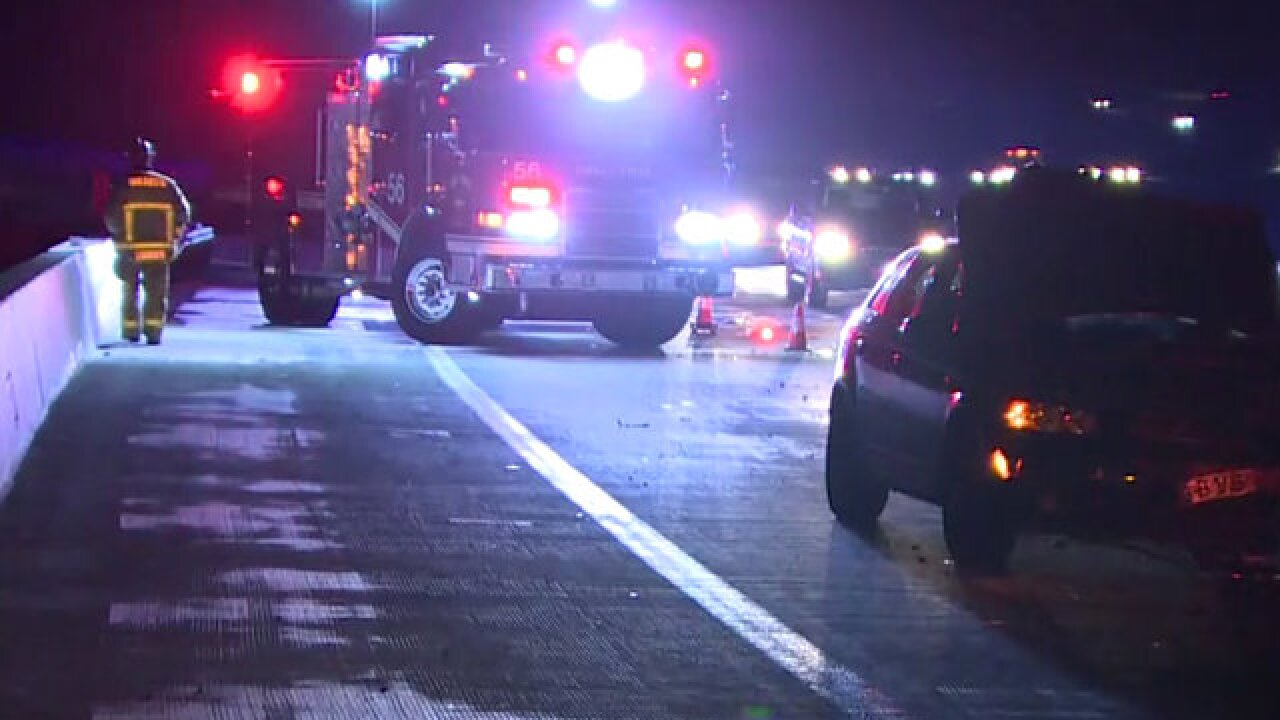 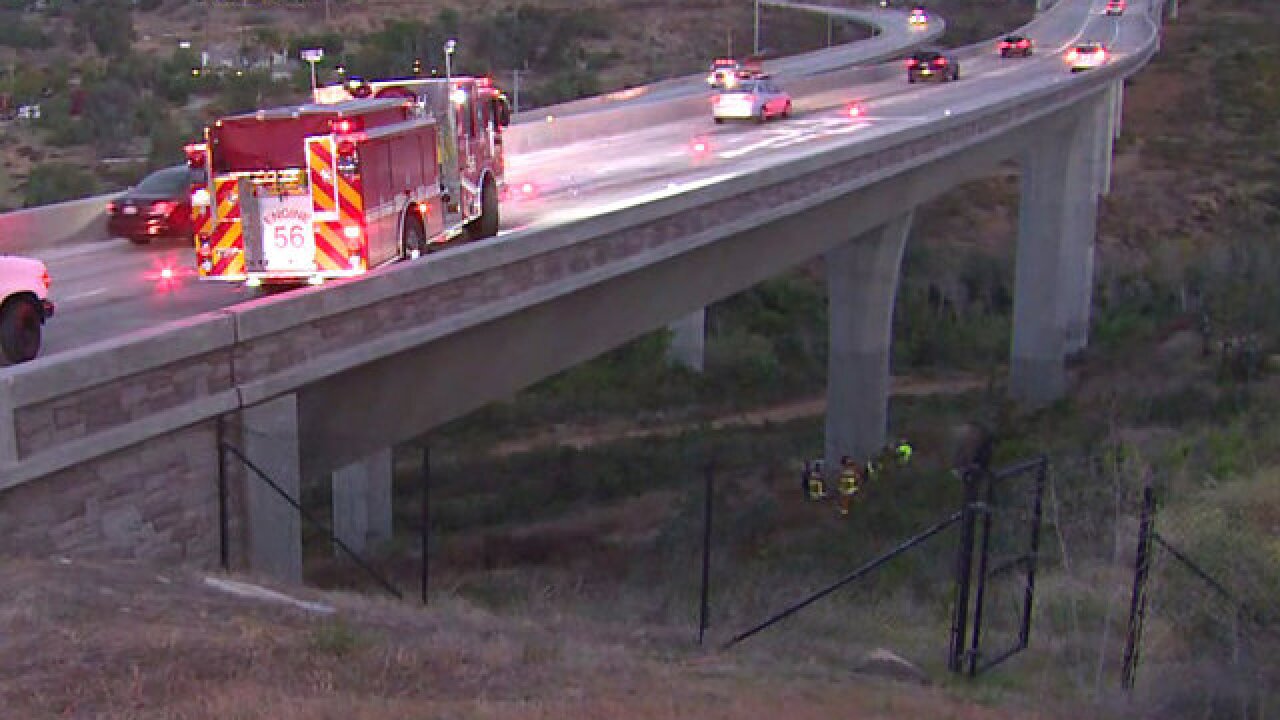 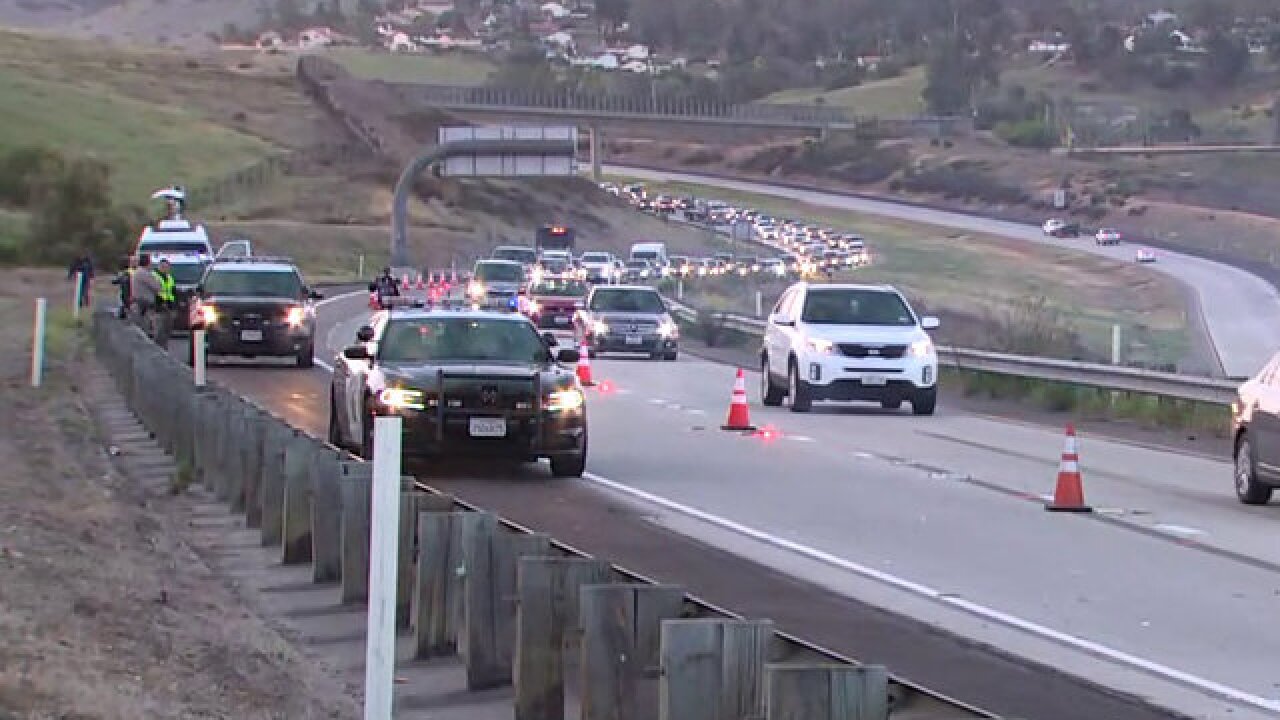 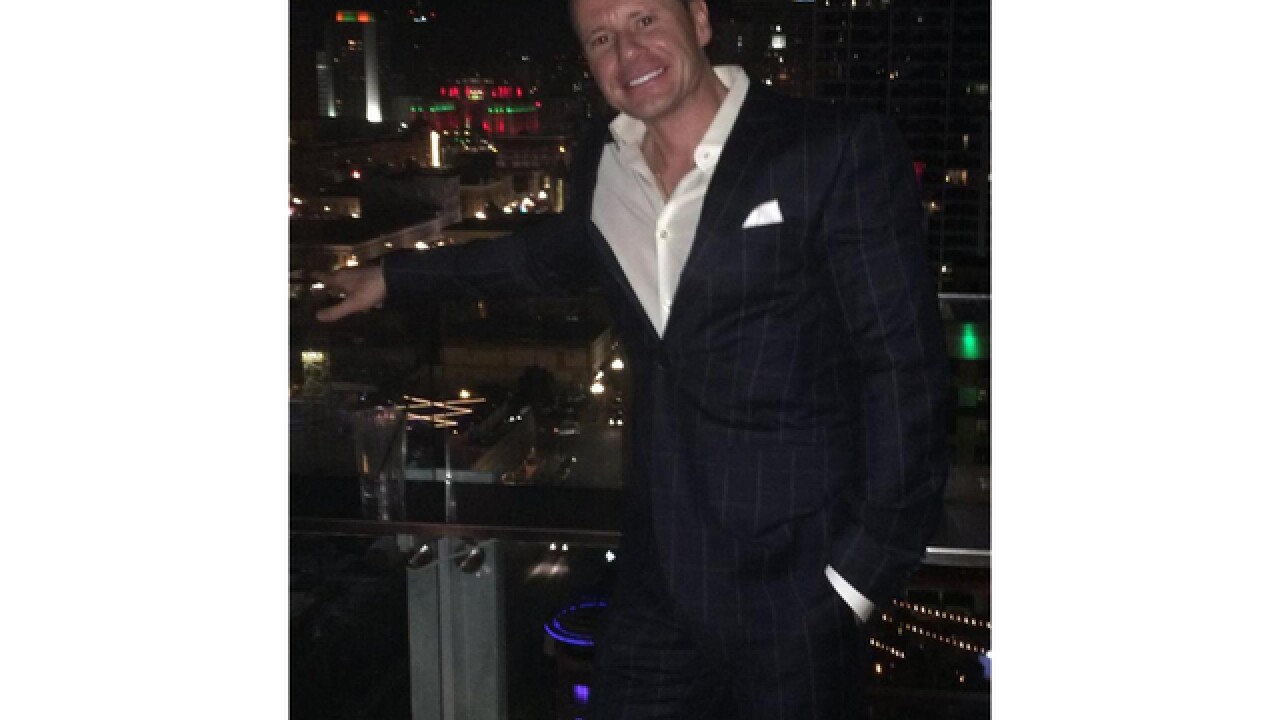 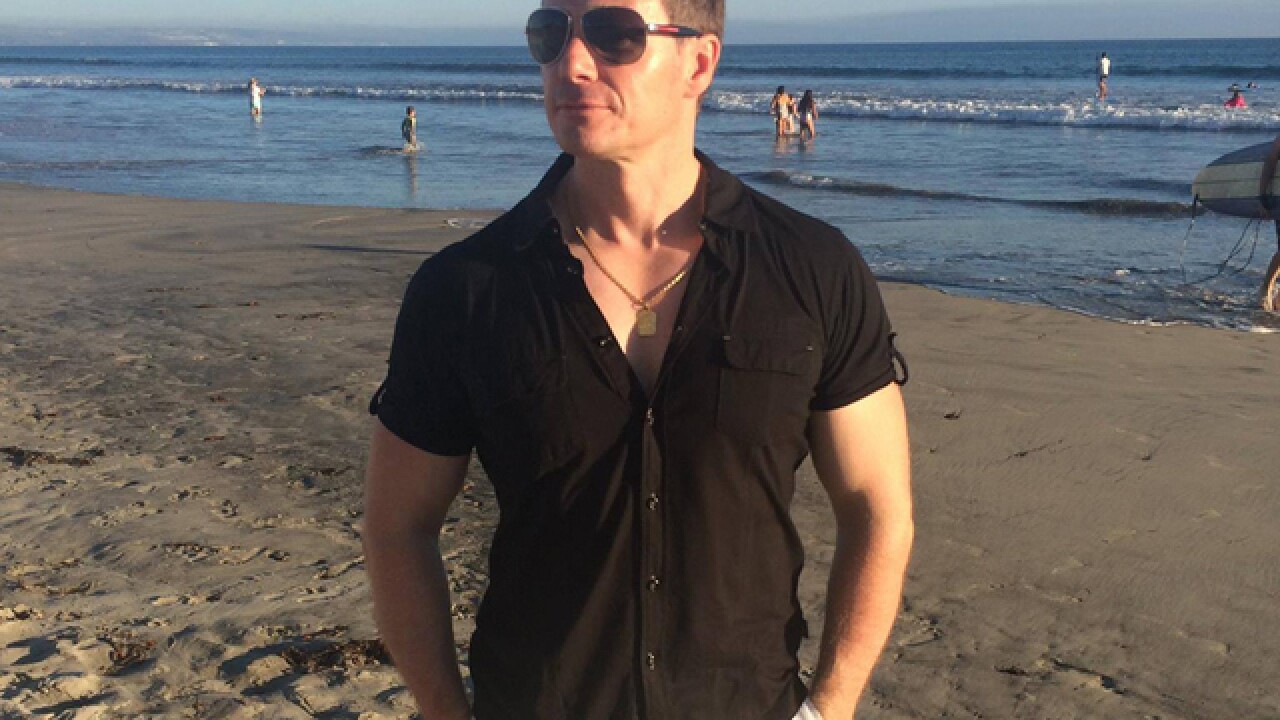 SAN DIEGO (KGTV) - A man fell to his death from state Route 125 in the Bonita area Tuesday morning after a crash in which his car struck and killed a deer on the freeway.

Friends told 10News the victim was Martin Lapisch, 44, a Chula Vista resident who is survived by his wife, Linda, and 15-month-old son Kenneth. He was a German immigrant who became a U.S. citizen in 2003, friends said.

“He was a new dad with big dreams, whose life was cut short after a terrible, early morning accident," said a close friend of the victim.

“He was a loving father, husband, brother and an awesome friend. He always helped people in need and never asked anything in return," said Lapisch's friend Peter Kritzko.

Friends and family gathered together after the incident at Lapisch's home and spoke with 10News but asked not to be identified at this time.

California Highway Patrol Sgt. Steve Jio said they received reports just before 4:45 a.m. of a car that hit a deer and then stalled on northbound SR-125 just before the transition to state Route 54.

Jio said responding officers and fire crews arrived to find the car in the No. 2 lane abandoned with the dead deer in front of it.

According to Jio, fire crews looked down from the freeway and saw a man in the ravine below. Lapisch was declared dead at the scene.

RELATED: Men plummet off Interstate 15 bridge while urinating over rail; one dead

"It appears he jumped over the side of the bridge, to get to a safe location ... didn't realize there was a 40-foot drop," Jio said.

Jio added, "At this time of day, it's pitch-dark out here. He couldn't have seen over the side."

According to Jio, deer are known to roam the area due to the proximity to the backcountry. He noted that CHP responds to 1-2 deer-related crashes per year.

The emergency response to the incident prompted a Sig Alert and road closure of northbound SR-125 until 6:45 a.m.

Lapisch was a San Diego State Masters graduate who worked in public accounting for six years before recently getting a job as an accounting manager for Aenergia, a clean energy company in Carlsbad.

Lapisch would regularly work out at a gym before traveling to work, his friends told 10News.

His family established a GoFundMe page for funeral expenses.