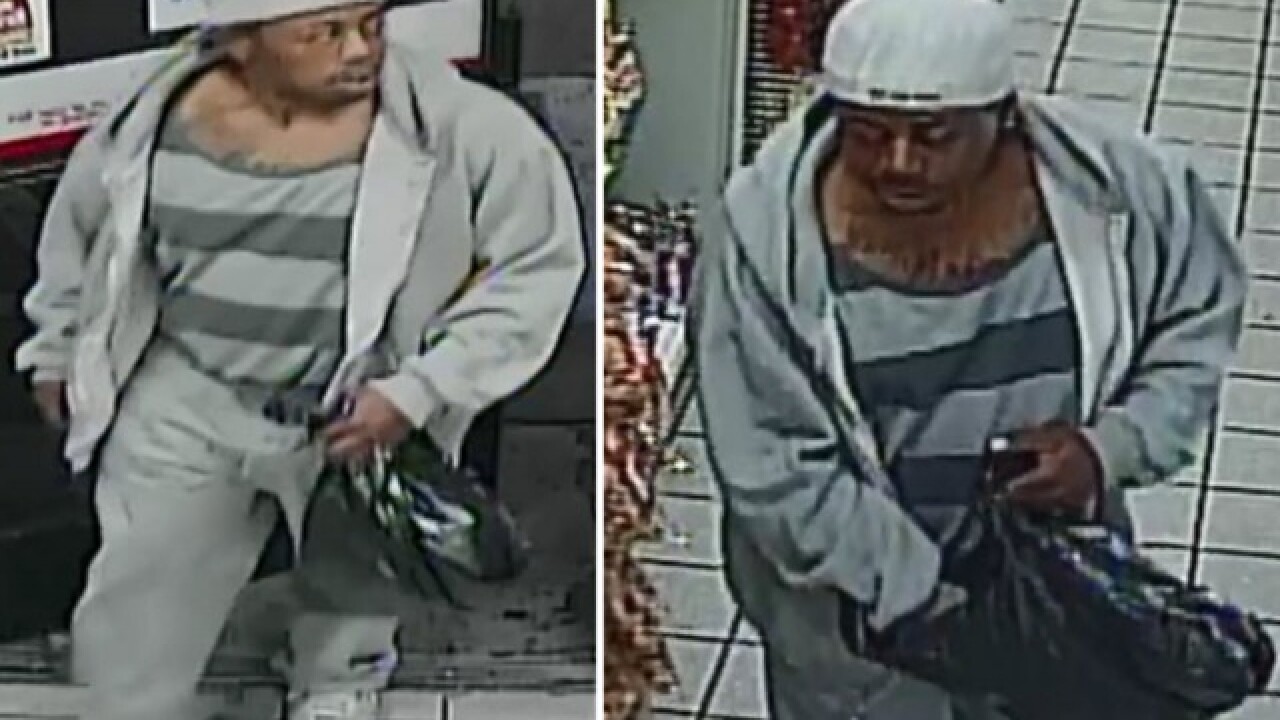 SAN DIEGO (KGTV) -- Police are asking for the public’s help searching for a suspect who reportedly broke a store clerk’s jaw after punching him while trying to steal several items.

According to police, the incident happened on June 26 at the Shell gas station on the 4400 block of Home Avenue around 9 p.m.

Police say a female employee saw a man placing several items in a bag he had with him while walking through the store. The employee told the man he had to pay for the items. The suspect denied stealing anything.

Another clerk approached the man and asked if he had something hidden in his bag before the suspect punched the clerk, causing the victim to fall to the ground.

The victim was taken to a hospital, where he stayed for three days to treat a broken jaw. He also lost a tooth in the attack.

The suspect is described as an African-American man, 35 to 40-years-old, five feet, seven inches tall with a beard. At the time of the attack, the suspect was wearing a zip-up hooded jacket, gray striped shirt, gray sweatpants, a white baseball cap and white tennis shoes.