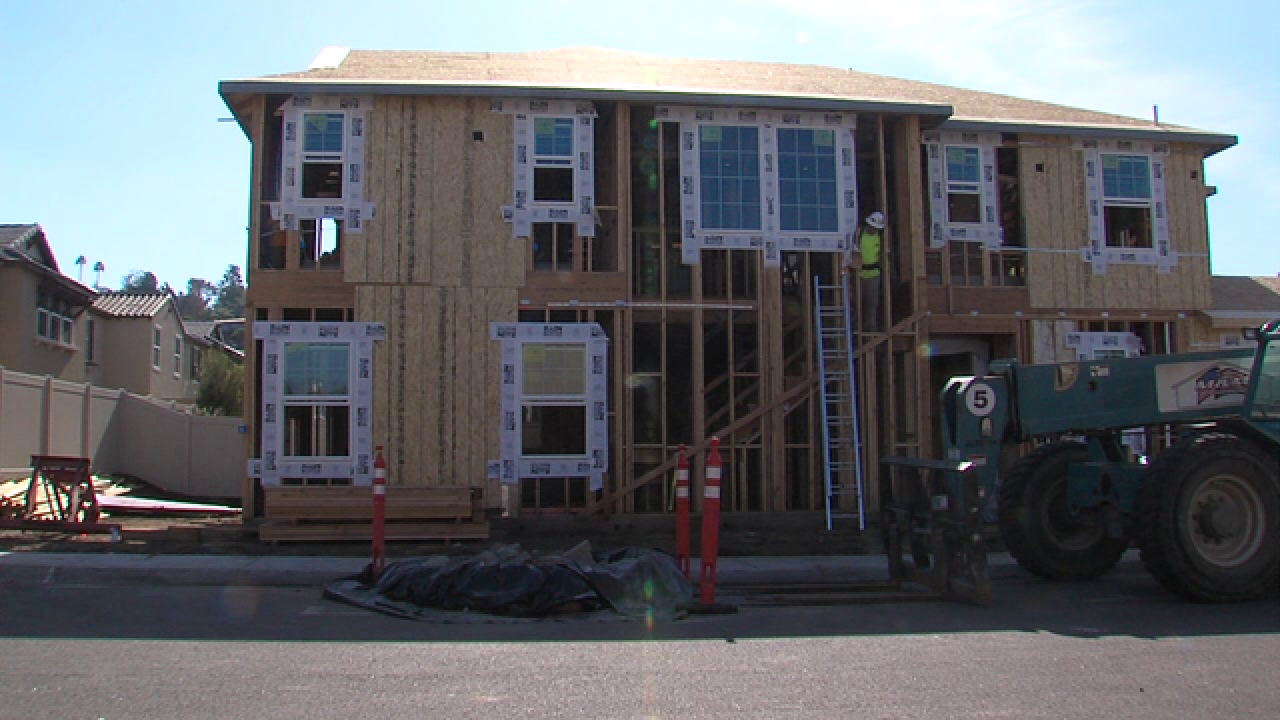 SAN DIEGO (KGTV) -- With rising home prices and amid an affordability crisis, a weaker housing market is being predicted in 2019 by the California Association of Realtors.

The report seems to confirm a report published earlier Thursday morning by Trulia. Home sales are already seeing a slump compared to 2017 and the trend is expected to continue in 2019, with an expected 3.3 percent drop.

“Would-be buyers who are concerned that home prices may have peaked will wait on the sidelines until they have more clarity on where the housing market is headed. This could hold back housing demand and hamper home sales in 2019.”

The association added that the surge in home prices due to supply shortages is finally taking a toll on the market. Adding more uncertainty is outmigration, according to the association.

Outmigration is the result of the state’s housing affordability crisis, which is predicted to be a concern for the California housing market in 2019 as interest rates continue to rise.

According to the organization, 28 percent of homebuyers moved out of the county they previously lived in, up from 21 percent in 2017.

The association warns that outmigration will continue as long as home prices remain out of reach and interest rates rise in the upcoming year.