SAN DIEGO (KGTV) -- It should be no surprise at this point that home prices are still on the rise in San Diego this April. A new report from Zillow shows that, year-to-year, home values in San Diego have risen more than eight percent.

According to Zillow, the median home value in San Diego currently sits at just over $585,000. That change marks an increase of 8.4 percent since last April.

Meanwhile, rent is also on the rise at a median of just over $2,500, or an increase of 3.6 percent since last April. 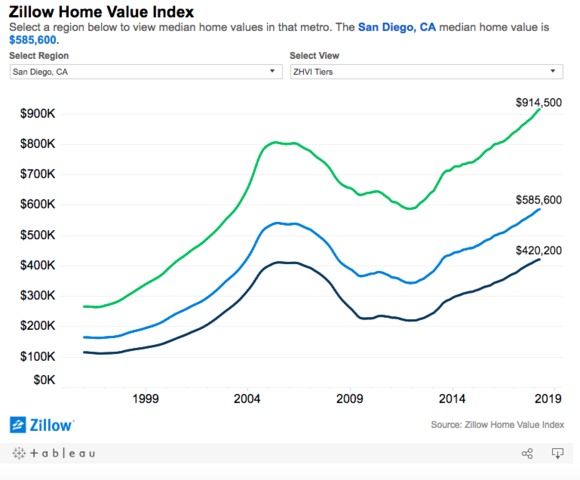 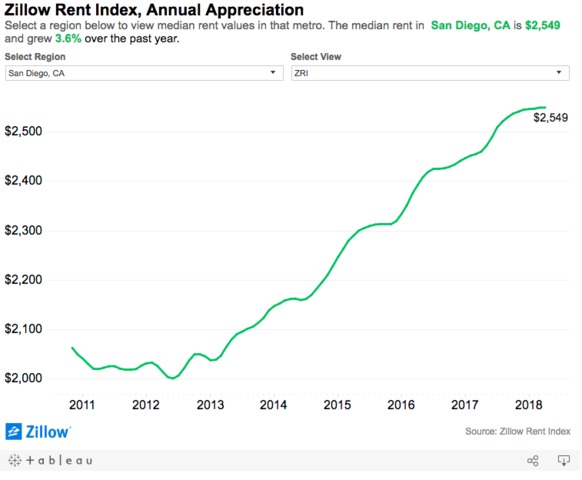 The high cost of housing in San Diego is in stark contrast with national home values.

The median home value nationally is $215,600. If there's one thing San Diego and the rest of the nation have in common in this report it's that both saw home values increase by more than eight percent.

Nationally, the number of new homes being built is also seeing a decrease.

“Sluggish new construction has exacerbated the supply situation and homes that are hitting the market, are moving very quickly once they do. Americans are also in a spending mood, boosted by recent tax cuts and rising wages. Millennials who long delayed becoming homeowners, are out in force – a shift we’re also seeing in softer rent appreciation," said Terrazas.

Zillow adds that nationally, home values are rising at their fastest pace in 12 years.