Making It In San Diego: Rent on the rise across the San Diego metro

SAN DIEGO (KGTV) -- Rent in San Diego is up again compared to this time last year, according to a new report from Apartment List.

According to the report, rents in San Diego remained flat over the past month, but have increased nearly two percent year-over-year.

The median rent prices are also less affordable than comparable cities nationwide, according to the data.

The median rent for a two-bedroom apartment in San Diego is $2,020. The national average for the same size apartment nationally is $1,170. 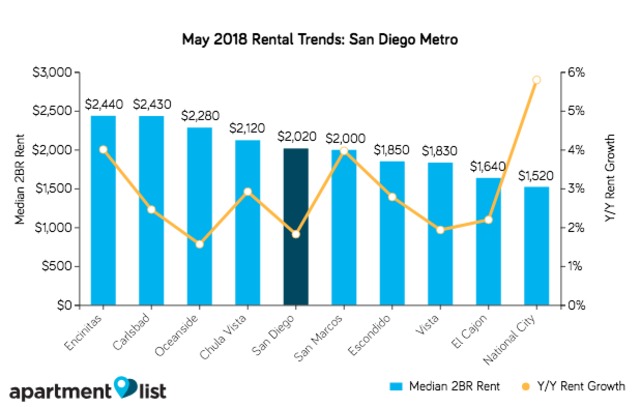