Magnitude 5.0 earthquake hits outside of Ridgecrest 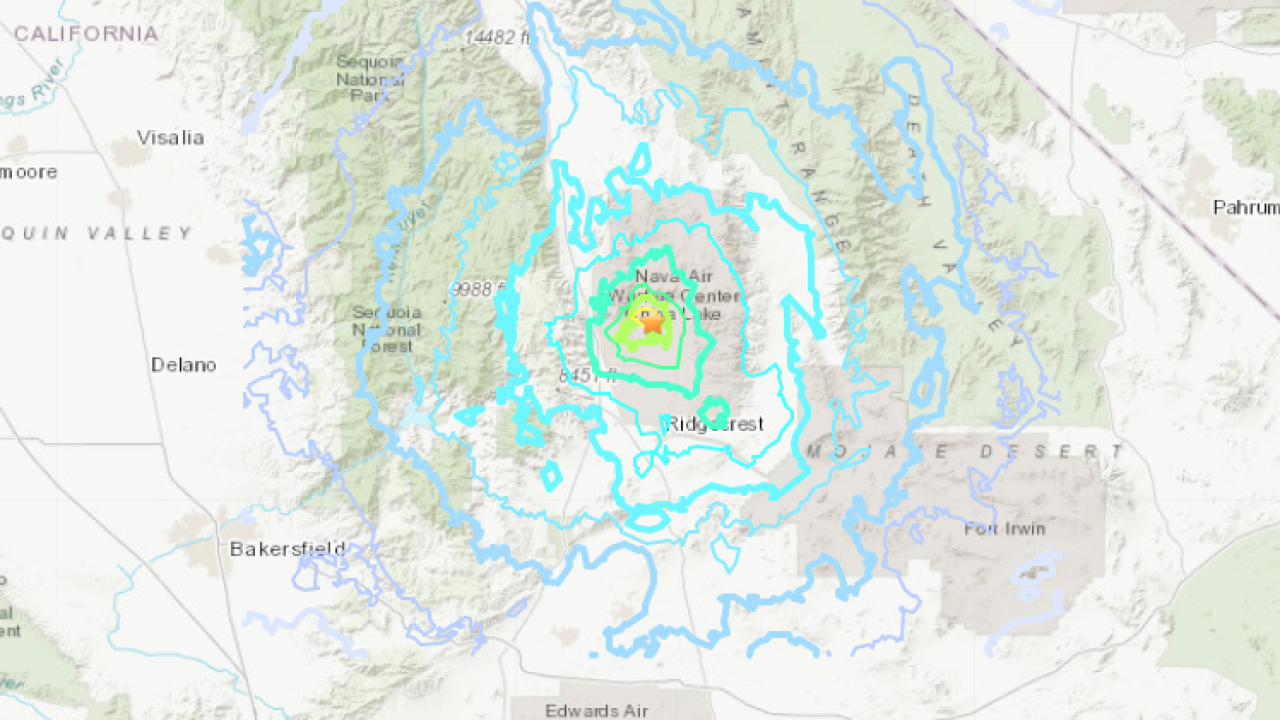 The quake struck about 25 miles north of Ridgecrest, Calif., just before 2 p.m. The earthquake had a depth of about one and a half miles deep, according to the U.S. Geological Survey.

According to the USGS' "Did You Feel It?" map, shaking could be felt from as far away as San Diego and Coronado.

No injuries or damages to structures were immediately reported.

Ridegcrest was hit by a 7.1-magnitude earthquake on July 5. Several aftershocks and earthquakes have been recorded in the region during the month following the massive shakeup.