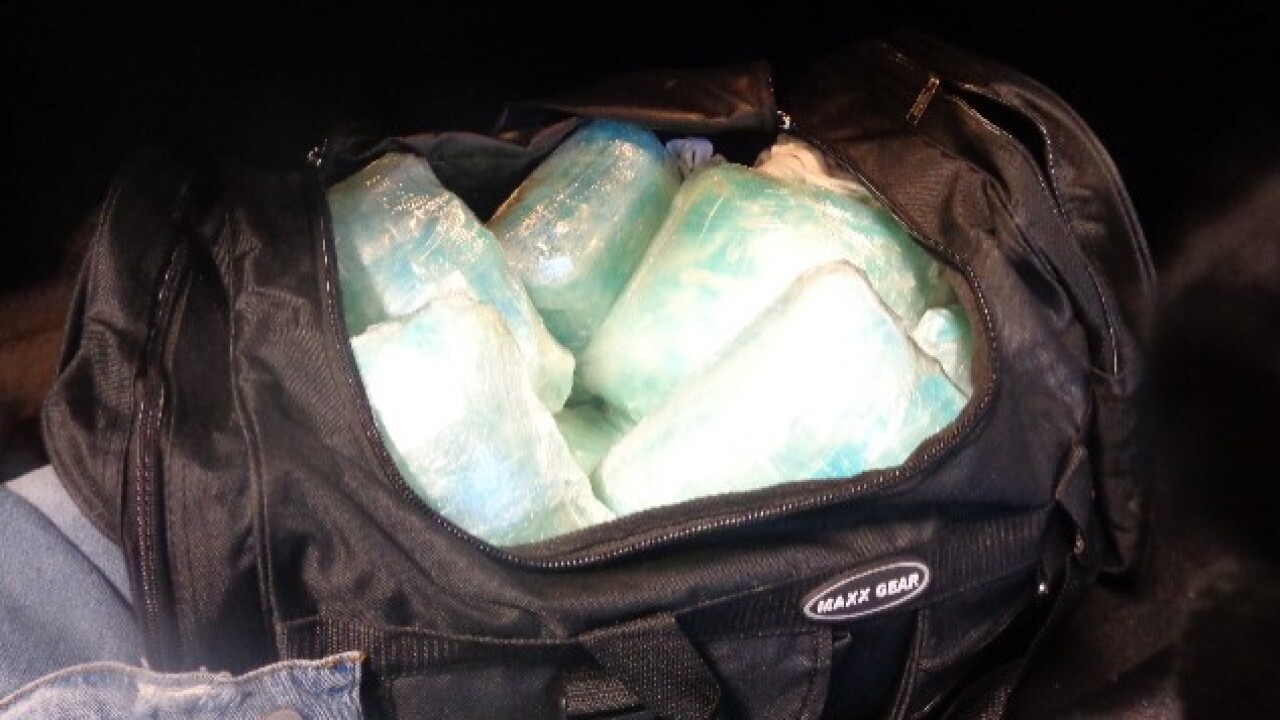 OCEANSIDE, Calif. (KGTV) -- A woman was arrested in Oceanside after trying to smuggle methamphetamine with her 7-year-old in the car.

After becoming suspicious of the driver’s behavior, agents found more than 48 pounds of the drug inside a duffle bag in the trunk.

RELATED: Woman tries to smuggle drugs into the U.S. with five kids in van, CBP says

The drugs, according to Border Patrol, have an estimated street value of more than $92,000.

The 26-year-old driver, a Mexican national with a valid tourist visa, was arrested for felony drug trafficking.

The minor child was placed in the care of local child protective services.