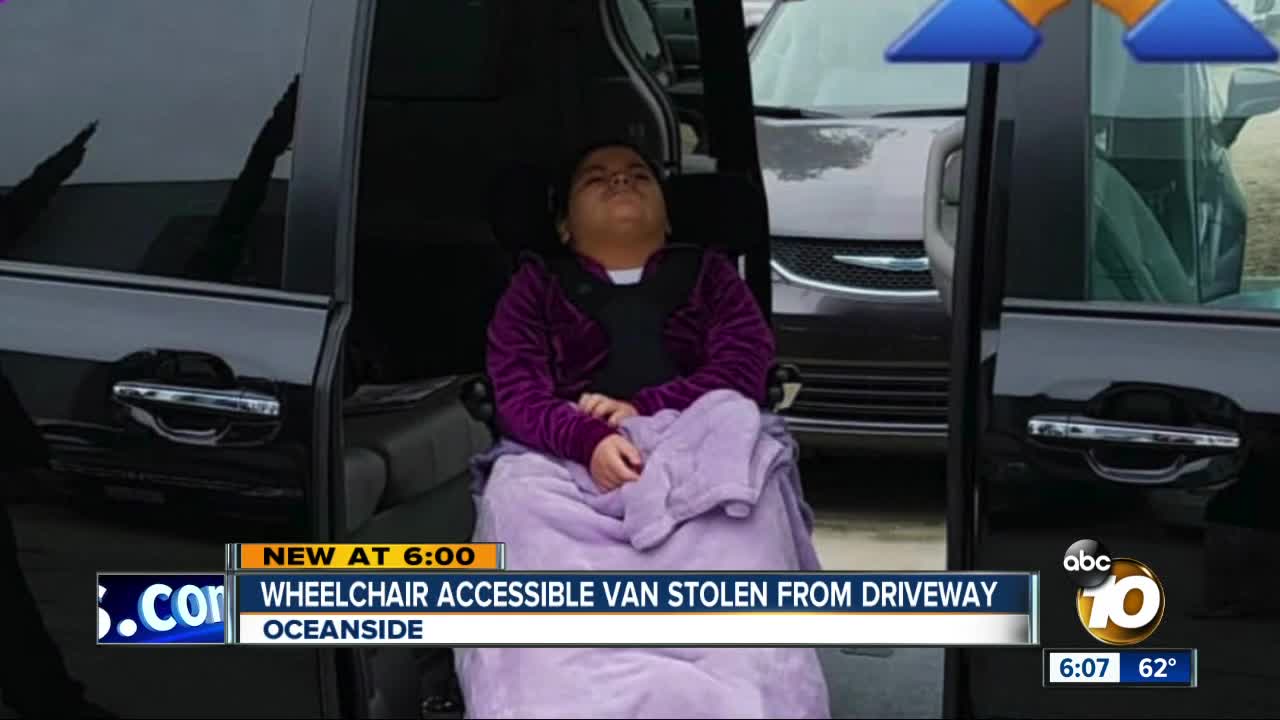 An Oceanside desperate mother is making a plea for tips after a thief snatched her van, a "lifeline" for her special needs daughter. 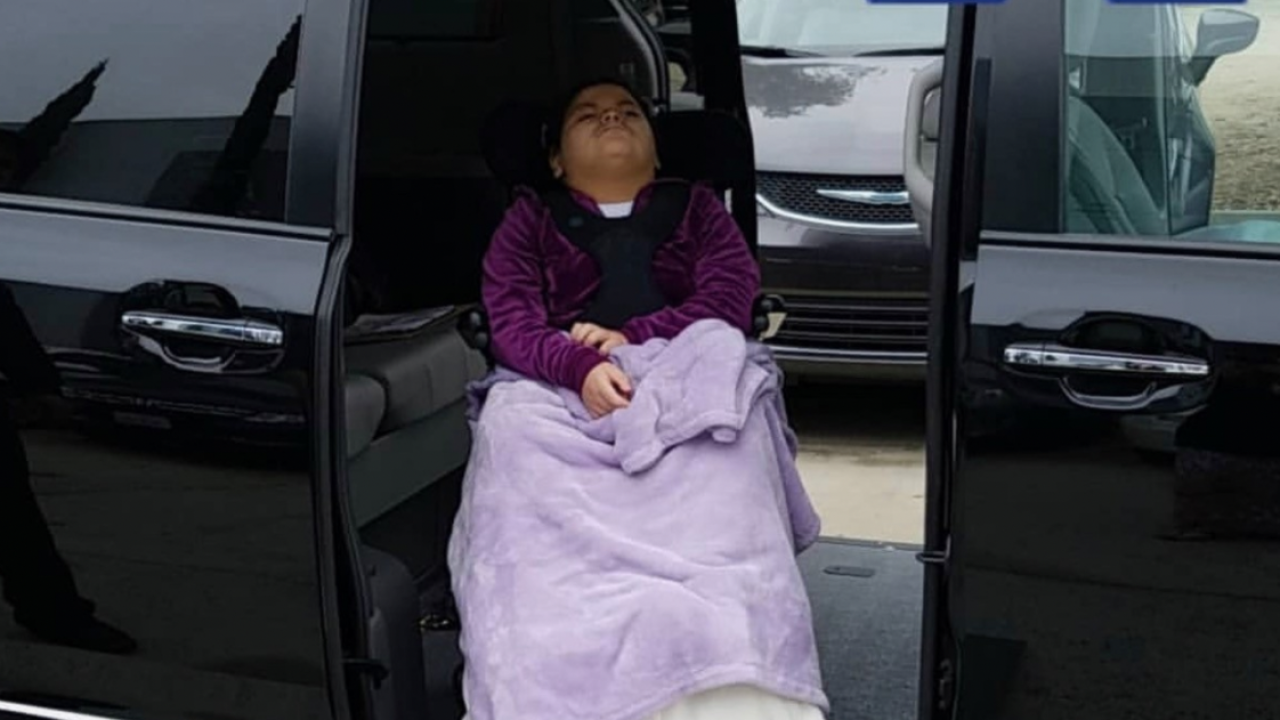 OCEANSIDE, Calif. (KGTV) - A desperate mother is making a plea for tips after a thief snatched her van, a "lifeline" for her special needs daughter.

"It's my daughter's lifeline. We can't go anywhere without it," said Lara.

On Tuesday night, with the family inside the home, someone stole it between 9 p.m. and 9:30 p.m. That van is needed for Sophie's many medical appointments.

"At this point, I will have to cancel her appointments, because I have no mode of transportation for her," said Lara.

The loss is not just about getting places. Sophie loves being in the van and getting out of the house.

"She laughs a lot. She likes looking around and seeing the lights go by," said Lara.

Lara worries those laughs will be less frequent.

"That saddens me. Anything that makes her happy fills my heart with joy," said Lara.

Joy is not the word to describe her family's past month. In early November, her husband Juan was shot in Tijuana while waiting at a taco stand.

"Armed carjacking ended where he was. He ran, but many people got shot," said Lara.

Juan survived gunshots in his hand and stomach. He is no longer able to work as a tow truck driver, which will squeeze the family's finances.

"I'm still standing strong. I'm a strong momma, but this special needs family has gone through a lot, and this just added to my grief and anxiety ... You don't know what to say anymore," said Lara.

Lara's van is insured, but it's not clear how much, if any, of the wheelchair conversion cost will be covered.

A Gofundme campaign has been set up to help family with expenses.