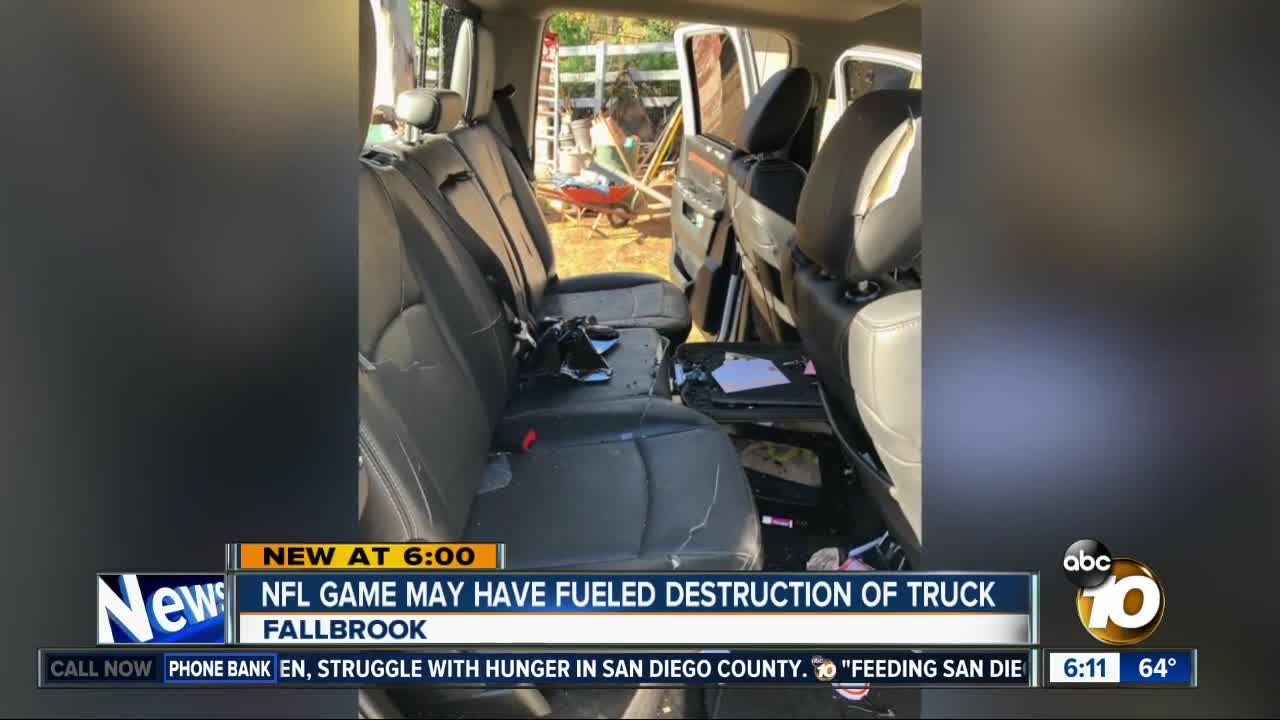 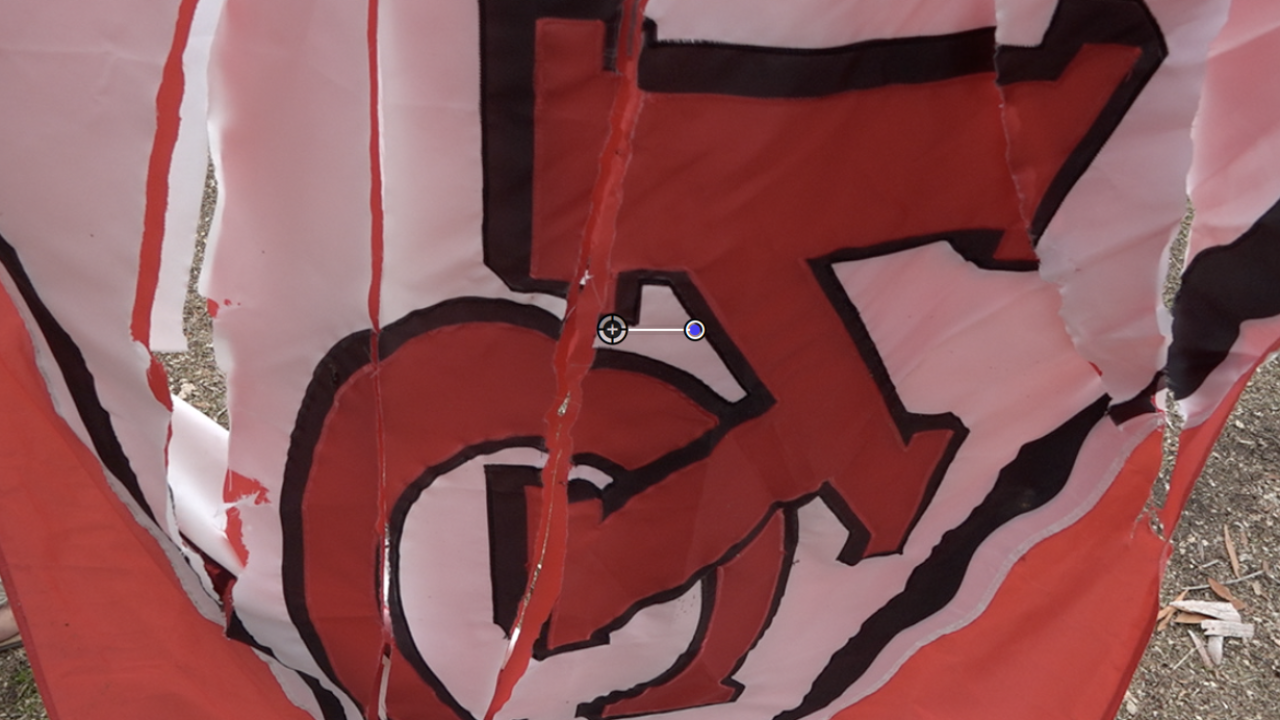 FALLBROOK, Calif. (KGTV) - Over the weekend a horrified Fallbrook family discovered their truck destroyed and they believe football loyalties fueled the vicious attack.

Just behind a swing set along Gird Road are some displays of Jesse Wilson's pride for his favorite team, the Kansas City Chiefs. His mailbox is adorned with the Chiefs logo and colors.

"I'm a solid fan. Watched them ever since I was a kid," said Wilson.

On Sunday, hours after he watched his team clobber the Oakland Raiders, someone did the same to his 2017 Dodge Ram Laramie.

"It's anger and confusion," said Wilson.

"Noticed my antenna was bent, and the truck looked lower than normal ... the tires were flat," said Wilson.

A closer look revealed shattered windows, deep scratches, and mangled mirrors and wipers. Not far from the truck was his axe. The vandal had used the axe to chop holes in the side of the truck.

"Unbelievable ... When I opened the door, I was greeted with the fact that it looks like someone had a really good time inside with something sharp," said Wilson.

Just about every surface was sliced or smashed, including the mirrors and stereo. Wilson's wife Kelly doesn't know anyone with a grudge against them, but she's certain of the motive.

"It's ridiculous, and it's stupid," she said.

The truck's back window, covered by a Chiefs sticker, was crushed into bits. A plastic Chiefs decal on the back of the truck was carefully chiseled off. A Chiefs flag that had been hanging at the front of the home was found more than 100 feet away, shredded and next to the truck.

"Absolutely it was a message," said Kelly Wilson.

It was also a costly one. The truck is totaled.

"Makes me frustrated that something my husband loves so much could fuel so much hatred in someone else. It's a game. It's supposed to be fun," she said.

From the glove compartment, the vandal also stole some $800 that had been set aside for an adopt-a-family program for the holidays.