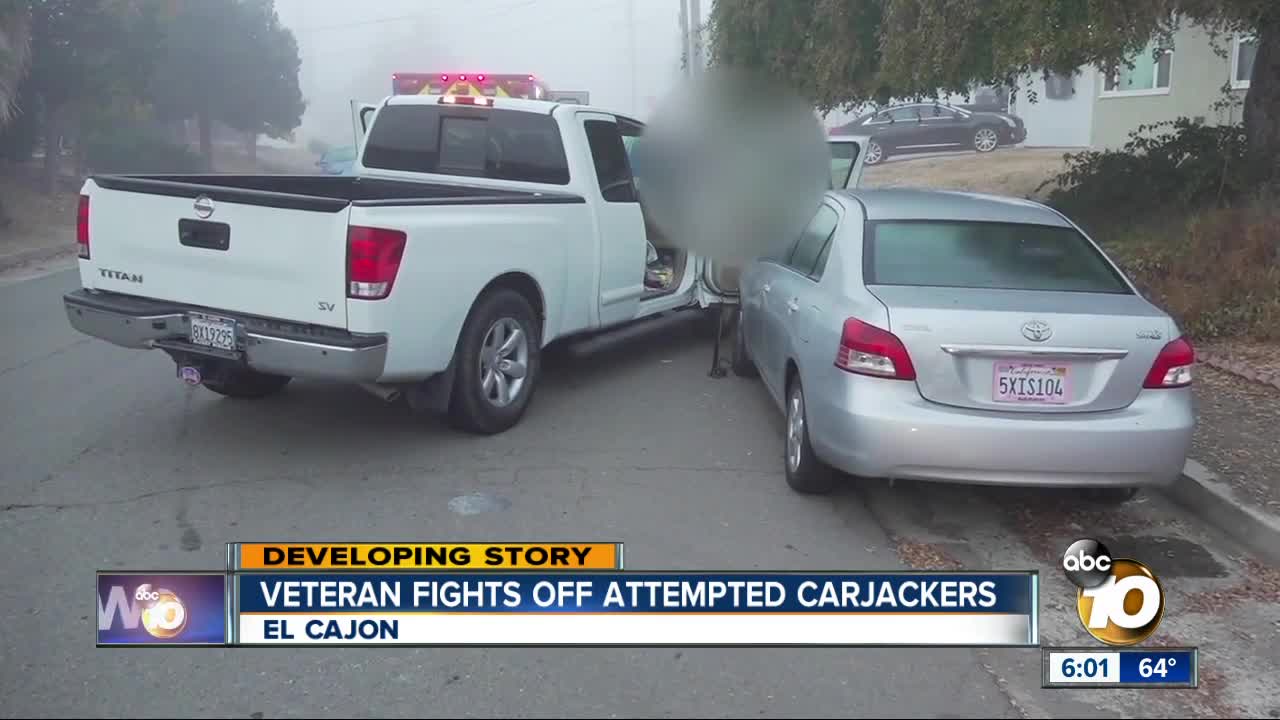 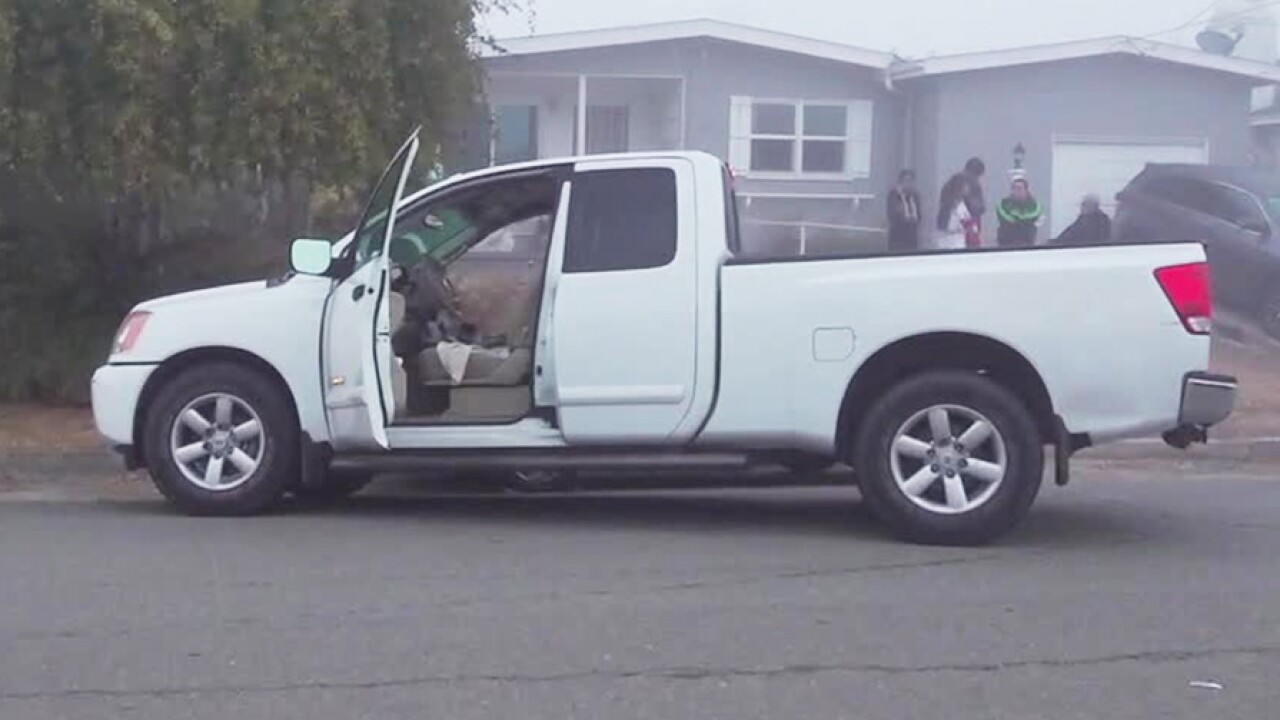 EL CAJON, Calif. (KGTV) -- Police are investigating a series of robberies and carjackings in El Cajon, including an attempted truck theft that sent a woman to the hospital.

El Cajon police said they received the initial report at around 5 a.m. Wednesday. That call was followed by three other reports of carjackings and robberies.

According to police, the incidents happened in these locations:

In one of the incidents, police said a man was robbed of his backpack at gunpoint. The other incidents were vehicle thefts at gunpoint and an attempted carjacking.

In the incident on Grant Avenue, a man told 10News he saw a group trying to steal his uncle's truck from in front of his home.

The man, who identified himself as an Iraq War veteran, said he was able to strike one of the group's members during the confrontation.

"I picked up a bike pump and started smashing him in the head with it. That's when he said, 'We're trying to make a living,'" the vet told 10News.

When another group member pointed a gun at his face, the veteran dared him to pull the trigger.

"He told me, 'Stop or I'll shoot you.' I told him, 'Shoot me mother [expletive] ...' I took a couple more chances to take a couple more blows to the guy's head," the man said.

During the melee, the man's mother-in-law went outside to see what was going on.

She clung onto the car, and was dragged for a few feet.

The woman was taken to the hospital with injuries considered moderate.

The group of would-be thieves got away before police arrived.

Police believe the robberies and carjackings were carried out by the same 4-5 masked males in their late teens and early 20s. Police said the males were “armed with what were described as handguns and long-guns.”