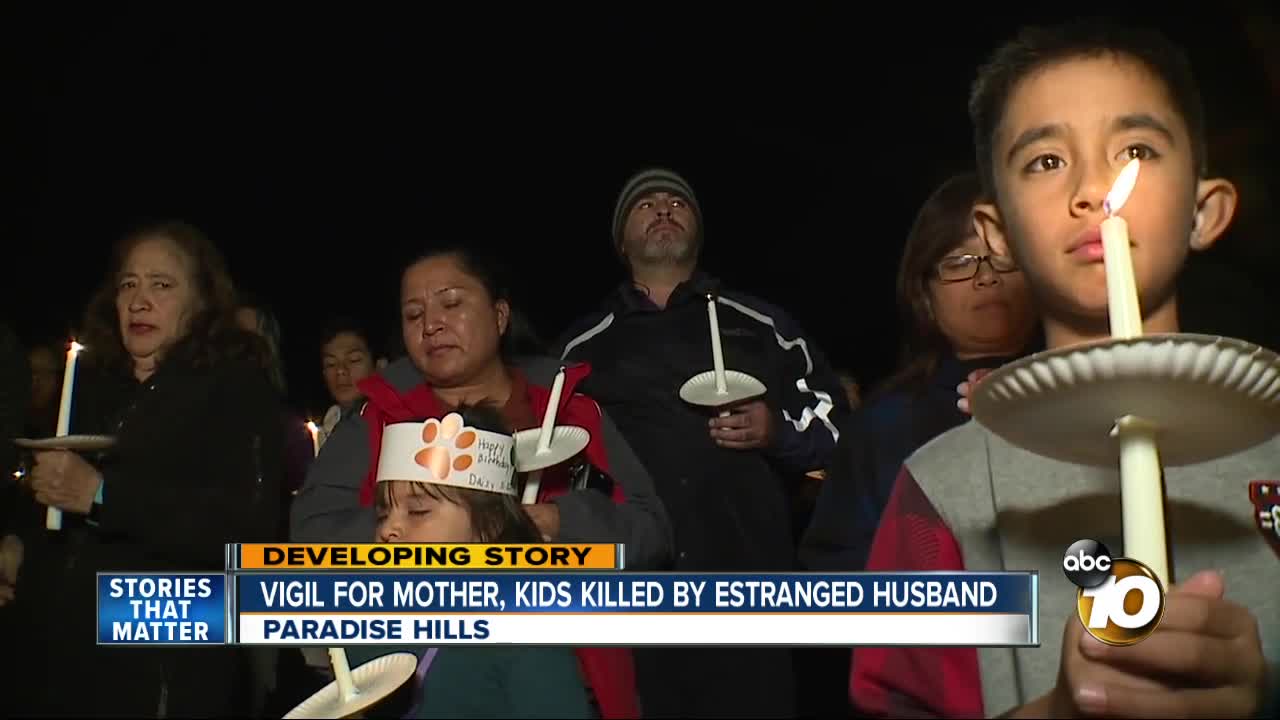 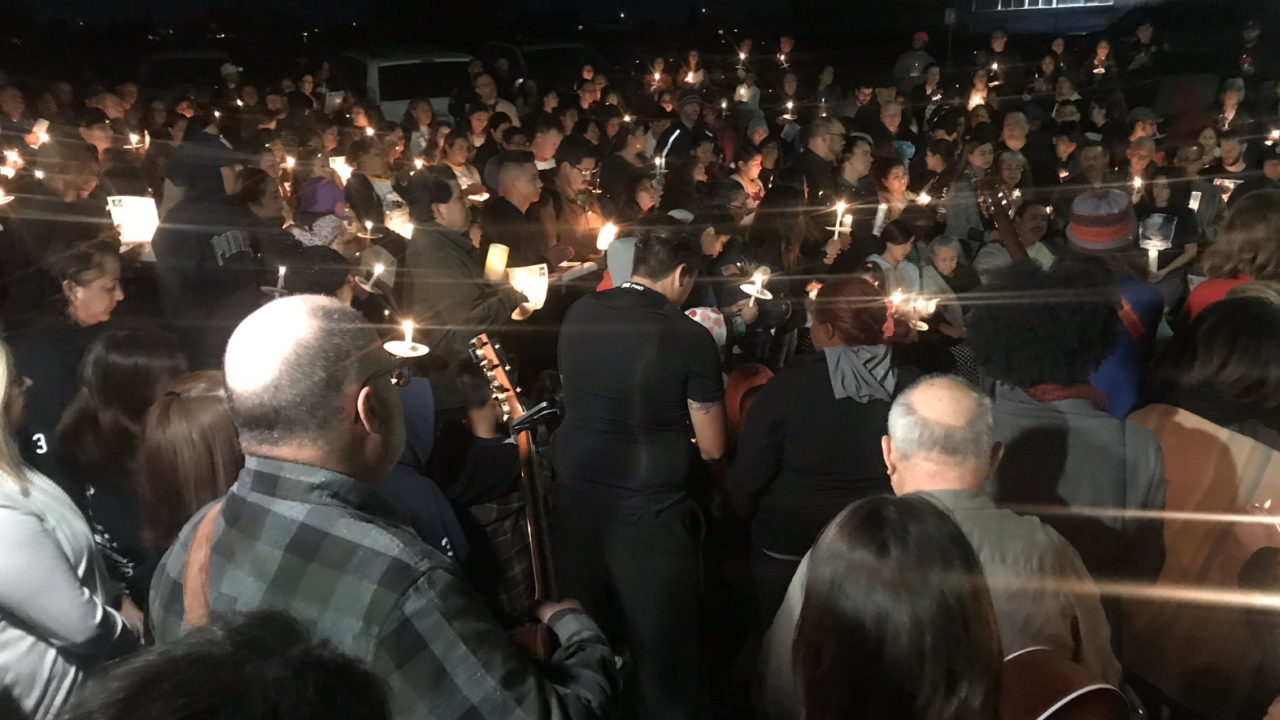 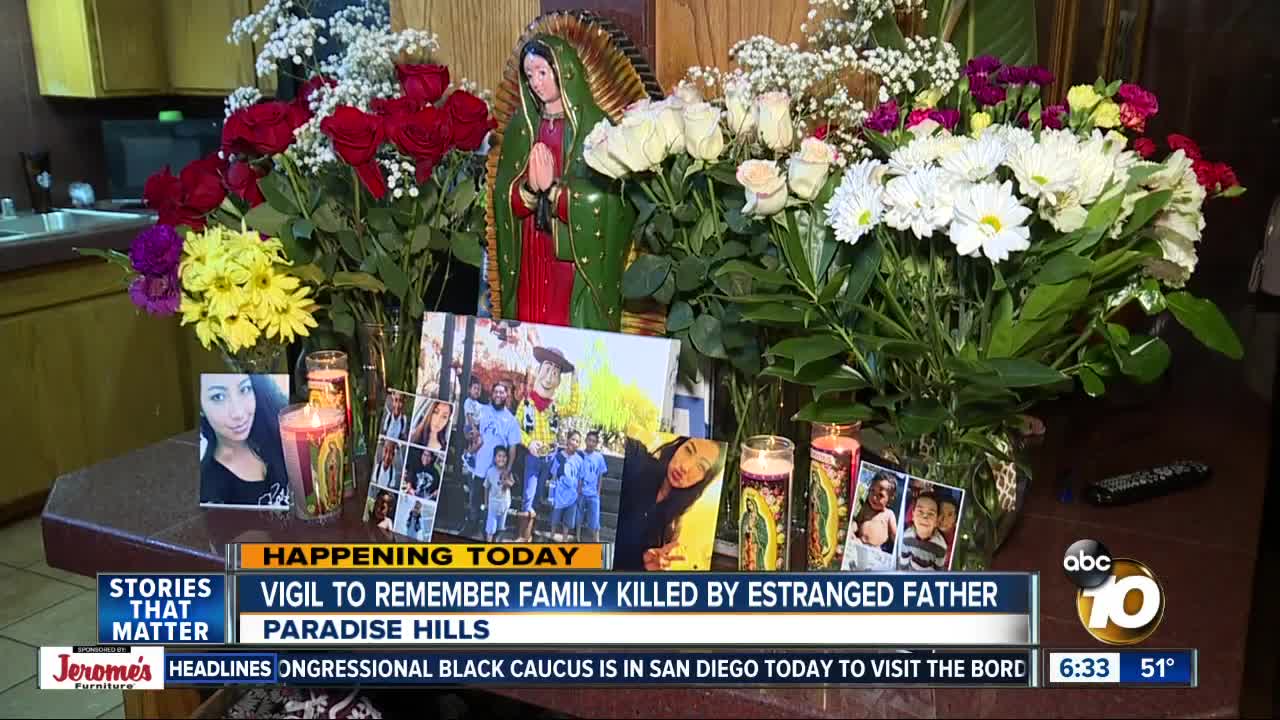 SAN DIEGO (KGTV) -- A candlelight vigil was held Friday for the Paradise Hills mom and her three sons who were murdered by her estranged husband.

The vigil was at the United Church of Christ Paradise Hills.

Family and friends remembered Sabrina Rosario and three of her four sons, who police said were killed by Rosario’s estranged husband Jose Valdivia, the father of their sons.

Rosario and her four sons -- Zeth Valdivia, 11; Ezequiel Valdivia, 9; Zuriel Valdivia, 5; and Enzi Valdivia, 3 -- were shot by Valdivia inside her home on Flintridge Drive on the morning of Nov. 16.

Rosario and Enzi were declared dead at the scene, while Zuriel and Zeth died at the hospital. Ezequiel remains in an induced coma at Rady Children’s Hospital. The family said Friday they planned to remove Ezequiel from a medically-induced coma Saturday for tests.

Court documents gave a look at the troubled relationship between Valdivia and Rosario after she filed for divorce. The documents outline the harassment and abuse she received through text messages and calls.

The harassment was enough for Rosario to file a restraining order the day before she and three of her sons were murdered.

Now, her family and the community that’s supporting them are relying on their faith to pull them through.

Rosario’s sister posted on her Facebook page a picture of Rosario saying: “ Sister, I know you’re watching over your baby. So, I placed a photo of you inside his room. I miss you and the kids so much.”