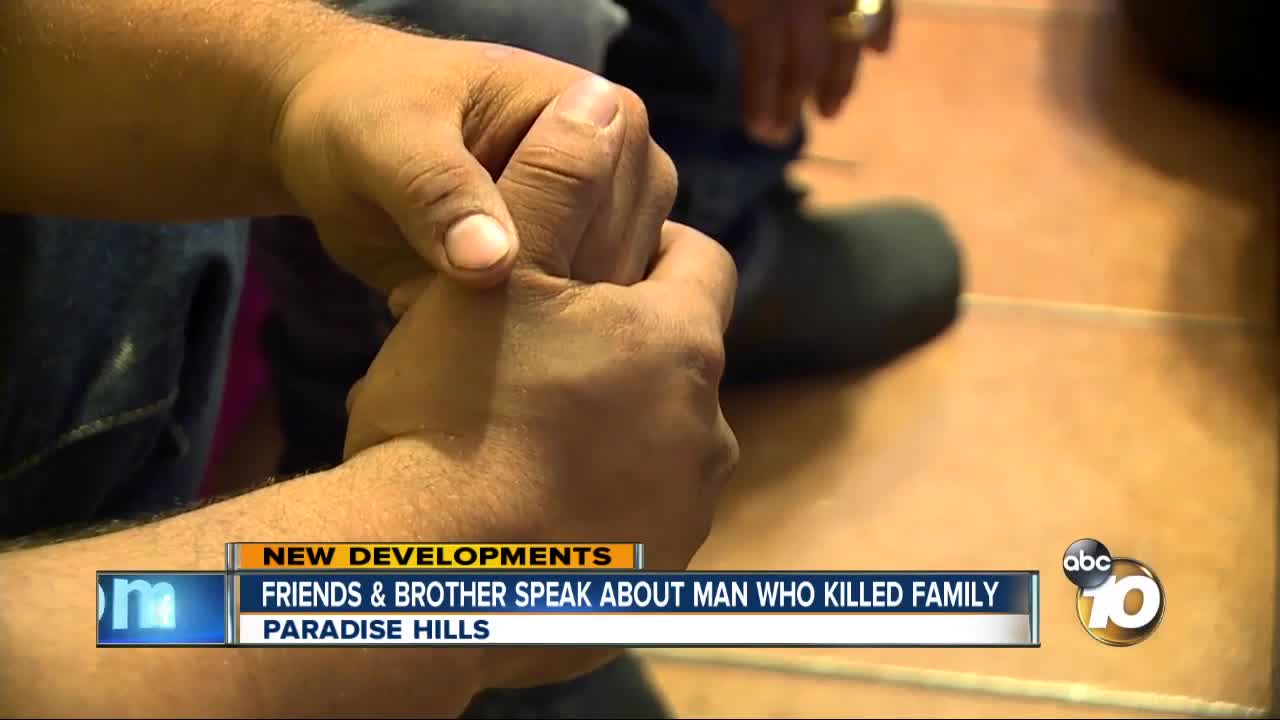 EL CAJON, Calif. (KGTV) -- The family and friends of the 31-year-old man accused of gunning down his wife and their kids in Paradise Hills over the weekend spoke Monday about the tragedy.

Police say Jose Valdivia killed his wife, Sabrina Rosario, and their three children, 3-year-old Enzi, 5-year-old Zuriel, and 11-year-old Zeth. Valdivia also shot his 9-year-old son who survived but is in the hospital on life support.

Family and friends say they do not agree with what Valdivia did, adding that they are also grieving the loss of their loved one, his wife, and their children.

Valdivia's brother and two close friends asked to speak but not show their faces, only agreeing to record their voices during the interview.

"We do not agree with what he did but as family and friends, we love him," said close friend Gavino Pinal.

His friends called him a loving father and a hard-worker.

"He was a loving dad, he easily could have won father of the year, a couple years honestly, in my opinion," added Pinal.

The family had candles and flowers set up in the home, surrounding pictures of Sabrina, her children and their father.

Valdivia's brother, Raul Perez, says the family knew the couple was separated and that he would have intervened had he known the severity of the situation. Perez did not know Valdivia had a weapon.

"For him to do that, it hurt us deep down -- hurt everybody. Not only did I lose my brother, my nephews, but I also lost a sister," said Perez.

Rosario's family has set up a GoFundMe page for medical and funeral expenses. If you'd like to donate, click here.