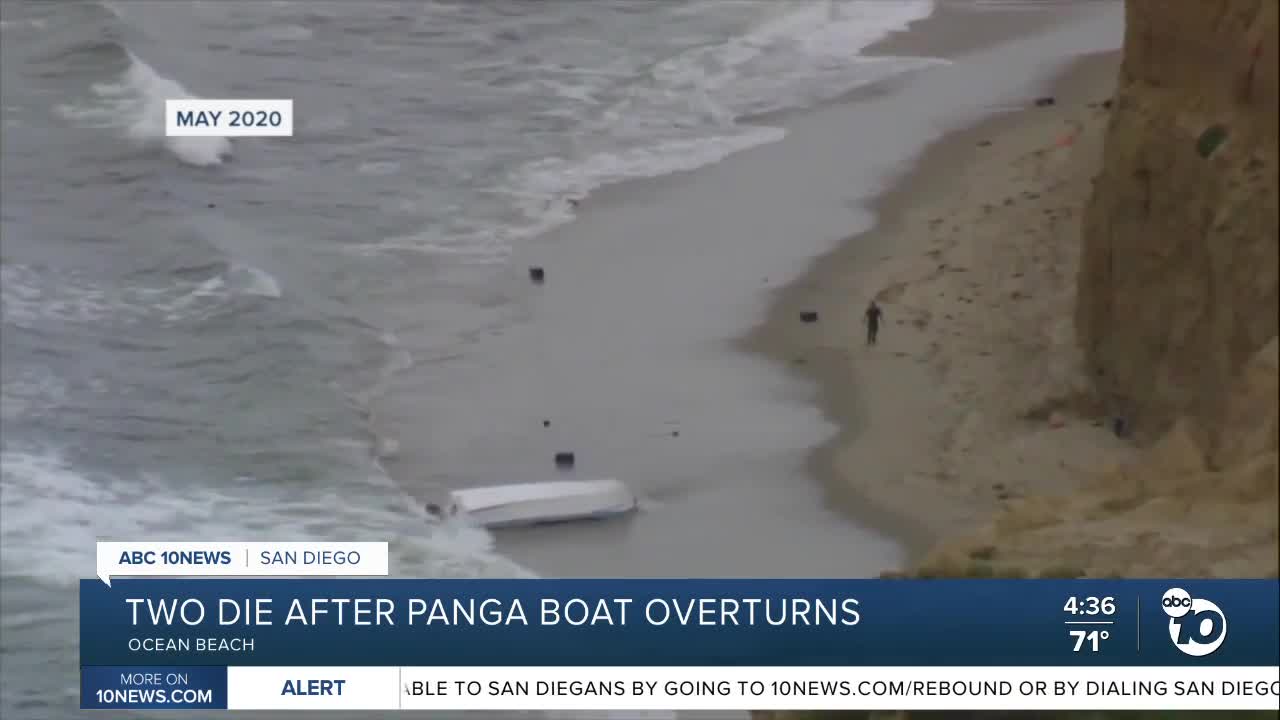 Two people are dead after a panga boat capsized off the shore of Ocean Beach Sunday morning Officials believe it was part of an illegal smuggling operation and say this year is on pace to break records for those kind of incidents. 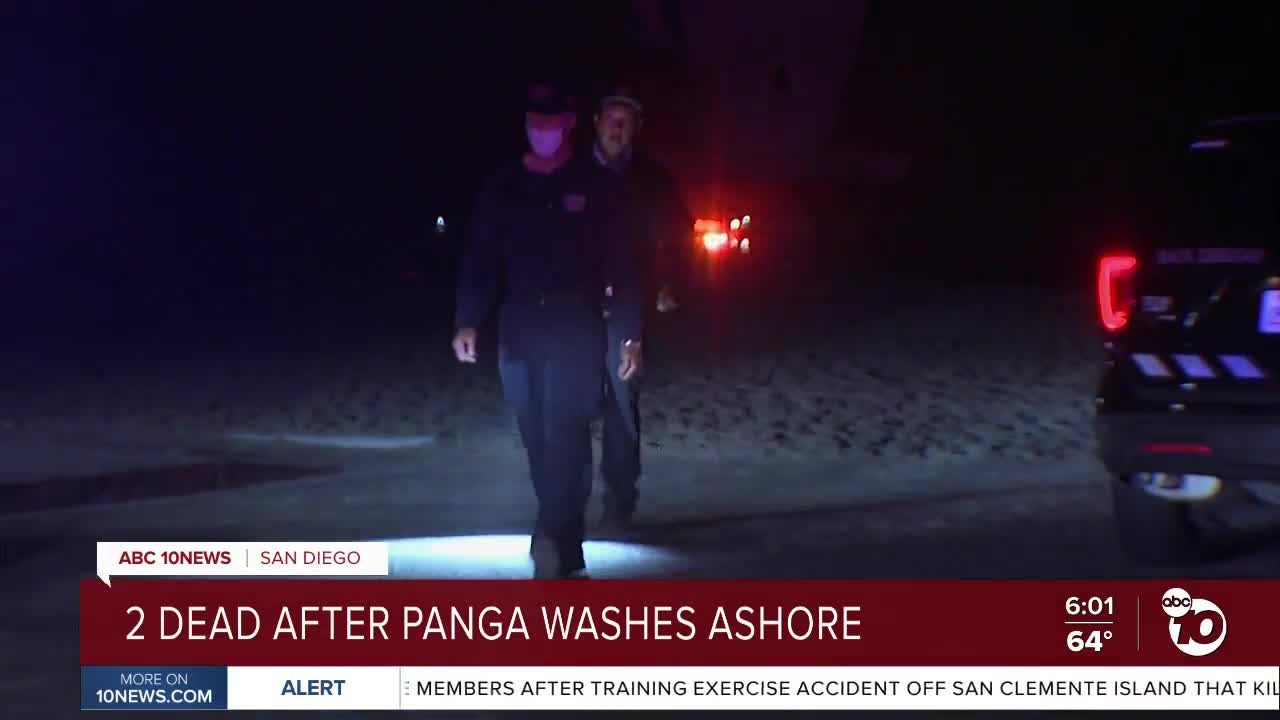 SAN DIEGO (KGTV) - Two people were found dead Sunday morning after authorities responded to multiple 911 calls of a capsized boat off the coast of Ocean Beach.

Authorities received a call about the incident around 3:30 a.m. When they arrived, authorities found a 28-foot vessel overturned along the shore with two mean deceased nearby.

"About a 28 foot vessel overturned in the shore, on the sand," says SD Fire & Rescue Lt. Maureen Hodges. "We do have two victims that were down on the sand."

The incident happened shortly after 3:30 Sunday morning. Customs and Border Protection officers told ABC 10News the boat capsized off the shore, throwing the two people into the water. There's still no word on if any other people were in the boat.

Border Patrol also responded to the incident along with San Diego Police, lifeguards, and San Diego Fire-Rescue. CBP believes this is the latest incident to involve a human-smuggling effort gone horribly wrong.

So far in the 2020 Fiscal Year, there have been 210 incidents involving these kind of "panga" boats off the coast of San Diego. The record was set in 2013, when CBP responded to 243 such incidents. With two months left in the fiscal year, 2020 is on pace to break the record.

ABC 10News asked if the rise in panga boat incidents could be related to border closures because of the coronavirus, forcing would-be smugglers to turn to the water. CBP officials won't speculate on an official reason.

The search continues for anyone else who may have been on the boat.

They ask anyone with information about Sunday morning's incident, or any others, to call 619-278-7031.