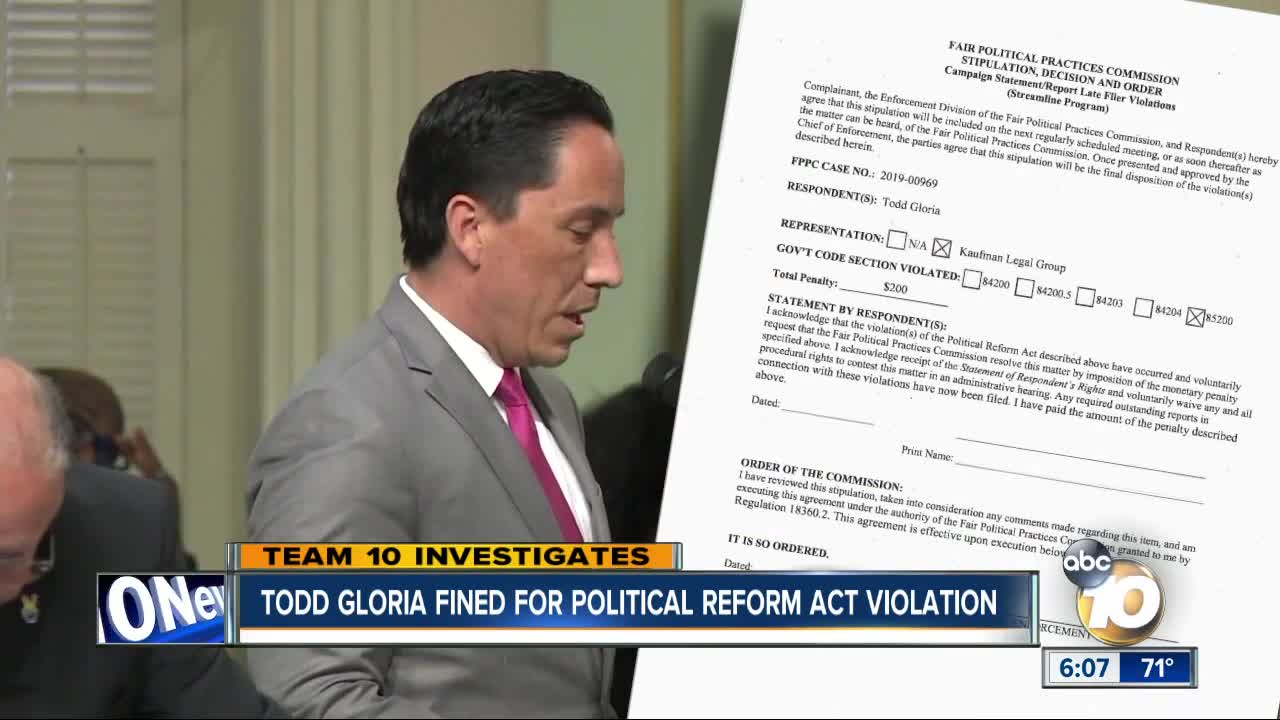 Just as he begins his campaign to become San Diego's next mayor, Assemblymember Todd Gloria was fined for violating the Political Reform Act. 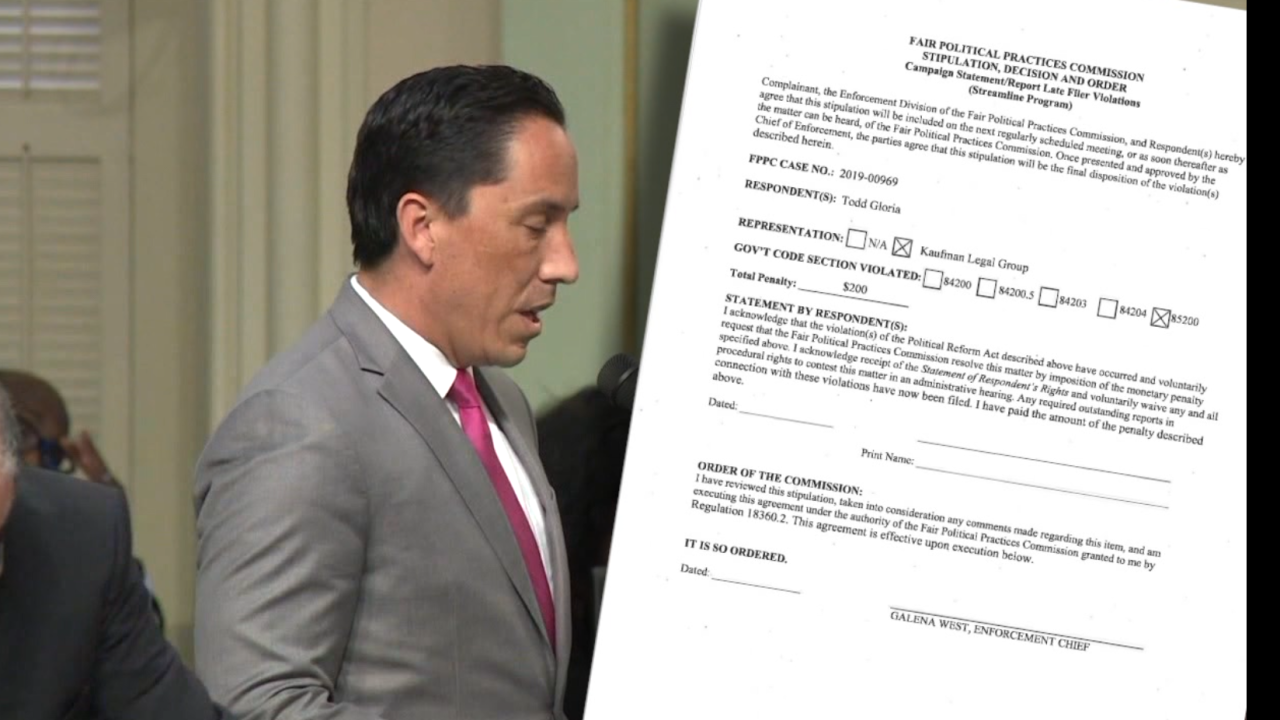 SAN DIEGO (KGTV) — Just as he begins his campaign to become San Diego's next mayor, Assemblymember Todd Gloria was fined for violating the Political Reform Act.

According to the California Fair Political Practice Commission, Gloria, "failed to timely file a Candidate Intention Statement prior to receiving contributions to his candidate-controlled committee, Todd Gloria for Assembly 2020."

The FPPC fined Gloria $200. They say Gloria paid that fine.

Gloria's signed statement of intention shows the state received it on Aug. 13, 2019. That's after the campaign committee was opened and filed a "Recipient Committee Campaign" statement.

A spokesman for Gloria said they look forward to the final resolution of the matter: "Assemblymember Gloria agreed to this settlement to resolve any and all outstanding issues regarding the filing of his Form 501."

Earlier this week, Gloria tweeted he officially pulled nomination papers to run for Mayor of San Diego in 2020, writing, "I'm ready. Let's do this."