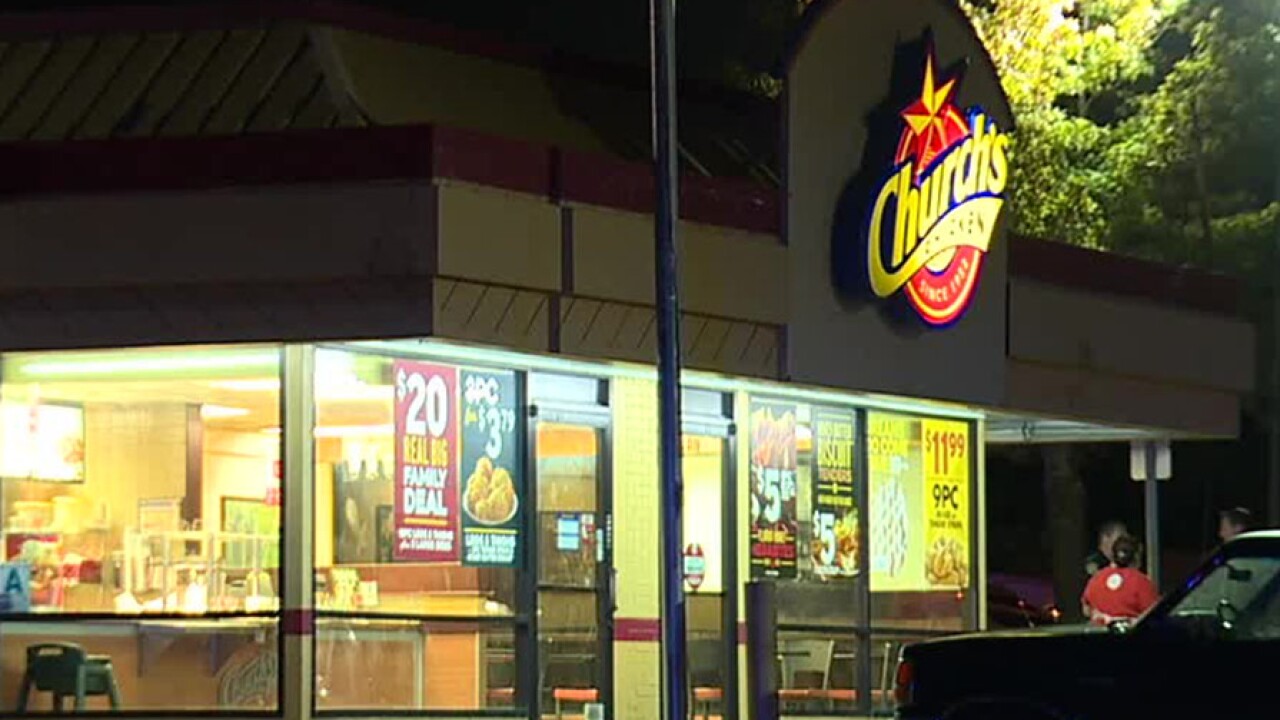 Management at the Otay Mesa restaurant asked that the video not be aired.

Based on the video captured outside of the restaurant, here is what occurred on Wednesday, Nov. 6, 2019, at the Church’s Chicken at 3726 Del Sol Blvd.:

-- 4:40 p.m.: A man identified as the gunman enters the restaurant’s parking lot from westbound Del Sol Boulevard. Video shows him sitting in his Dodge Charger that is parked near the lot entrance.

-- 5:27 p.m.: The man exits his car once again and heads back into the restaurant. At this point, the man opens fire inside, sending the restaurant into chaos.

-- 5:31 p.m.: The man is seen calmly walking out and driving out of the parking lot in his blue or dark blue car. The car is seen heading northbound on Picador Boulevard.

San Diego police said the suspected shooter tried to pay for food with counterfeit money, got into an argument with employees, and then left the restaurant. According to police, he returned and opened fire, killing 28-year-old manager Maribel Merino-Ibañez, and injuring employee Mario Rojas and another worker.

The suspected shooter is described as a black man in his 30s and 6 feet 1 inches tall with a thin build. He was last seen wearing a light blue sweatshirt and a blue Chargers beanie.