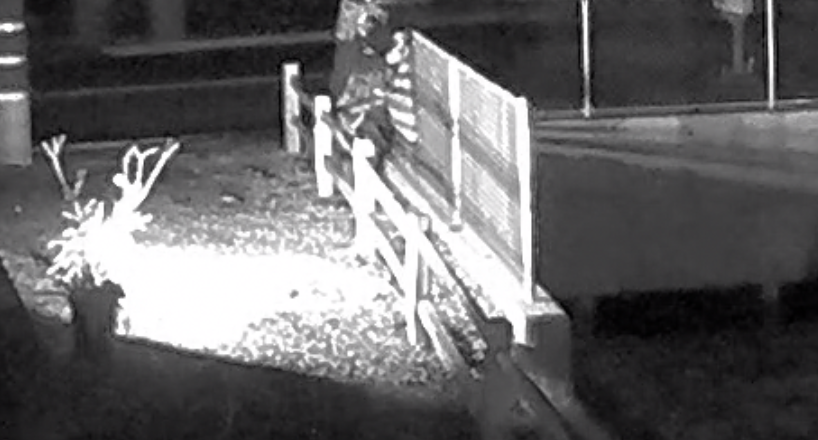 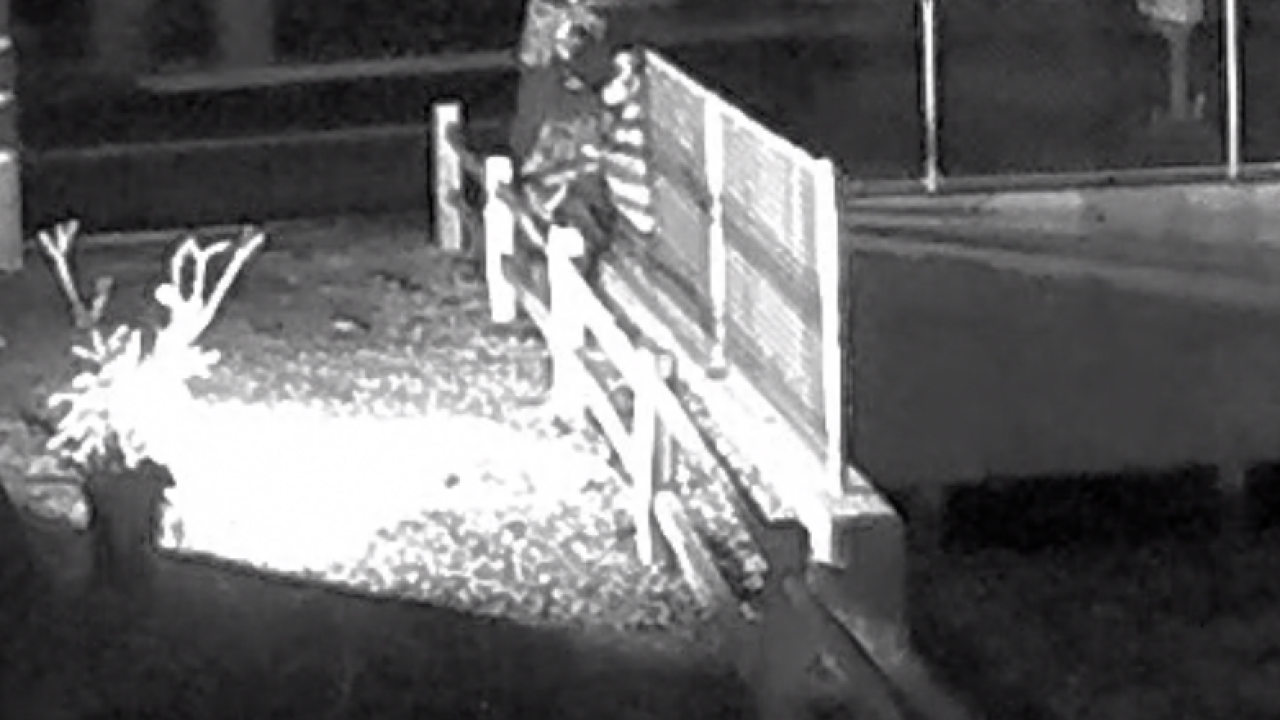 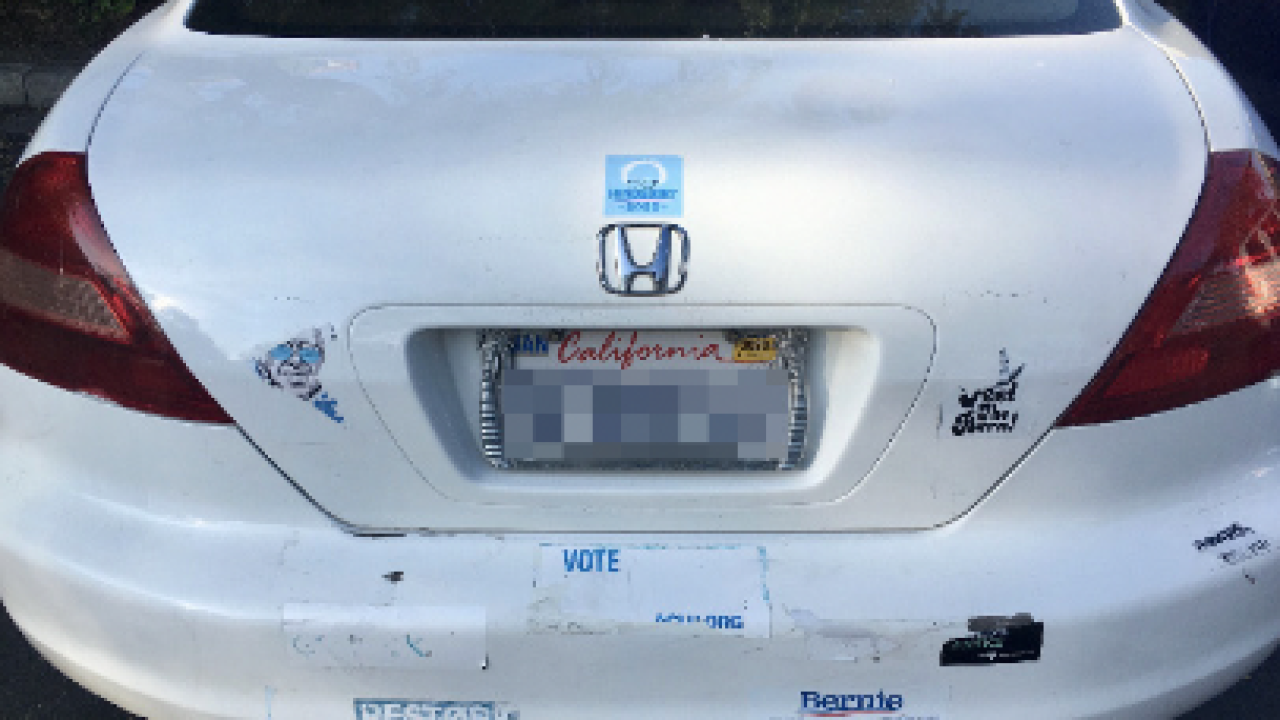 Dearborn, who isn't shy about her support of Bernie Sanders, parked her car in front of her home in Encinitas a few weeks ago. In this morning, she walked out to a surreal scene.

Five stickers — most of them backing Sanders and purchased at local 2016 rallies — were gone. Ten more were partially taken off.

RELATED: Residents concerned over rash of vandalism in Chula Vista

"All those memories I used to gaze at were gone," said Dearborn.

The vandals apparently scraped at the stickers with a device, leaving behind damaging scratches and paint damage.

Dearborn is not the only feeling an unwelcome burn.

A supporter of President Trump sent 10News video of his home in Lakeside. As an alarm went off last month, a thief is seen grabbing three flags from the fence outside his home. Back in December, at the same home, the laughter of two thieves can be heard in surveillance video as they made off with two more flags.

Both American flags and Betsy Ross flags have been stolen. According to the Anti-Defamation League, some extremist groups have used the 13-star flag, but it remains a historical flag mainly used for patriotic purposes.

According to the homeowner, in the past three years, more than two dozen flags, signs, and banners supporting President Trump have disappeared or been vandalized, some even burned.

Those type of acts are condemned by a backer of a different candidate.

"Whoever the candidate is, we should have a right to show our support ... without fearing somebody will come and tear it down," said Dearborn.

10News talked to several campaigns for local Republicans and Democrats. Sources within the campaigns told us thefts of yard signs have happened, but at similar levels to past years.