Residents concerned over rash of vandalism in Chula Vista 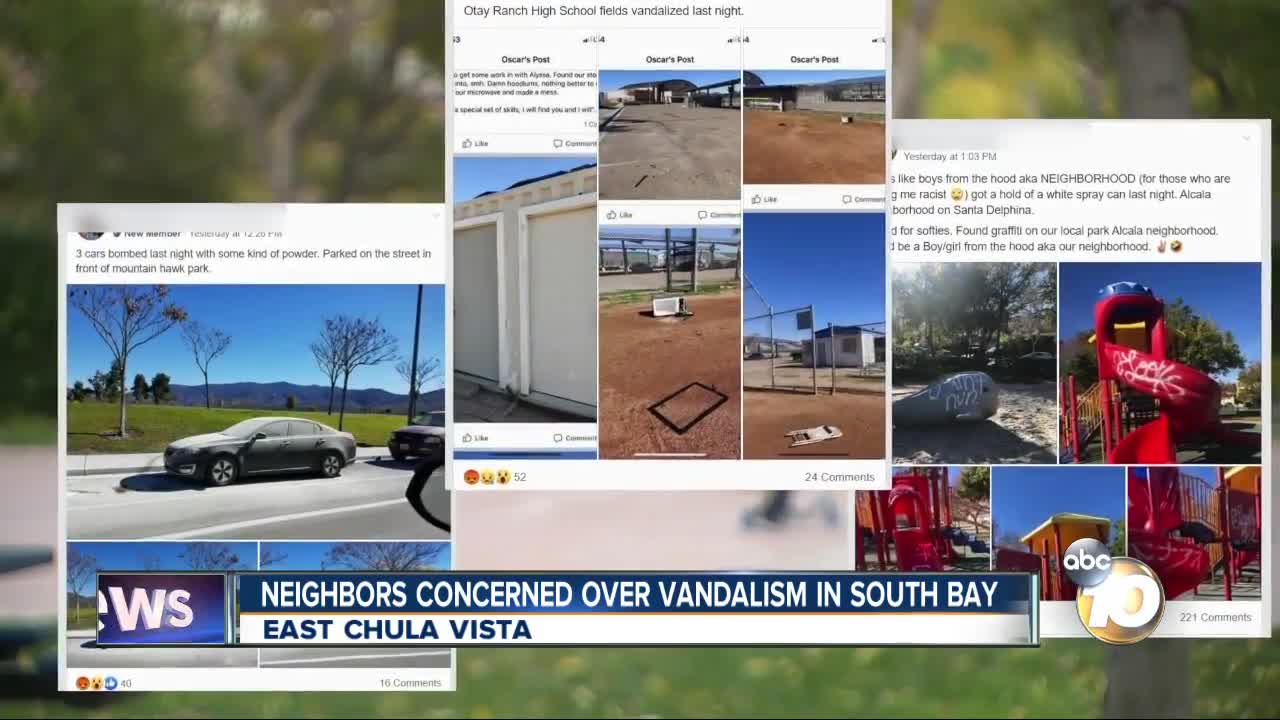 CHULA VISTA, Calif. (KGTV) -- Some residents in the South Bay say they are concerned after a recent rash of property damage and vandalism in east Chula Vista.

Neighbors say they noticed the vandalism on Saturday morning, leading them to wonder if the three incidents are related.

In one case, three cars were sprayed with a white, powdery substance on Lake Crest Drive, near Mountain Hawk Park.

Another post on Facebook reported vandalism at the Otay Ranch High School baseball fields, showing a broken microwave in the middle of the fields.

Neighbors now plan on attending the next city council meeting in hopes of getting more police patrols or cameras to find whoever is responsible.

10News reached out to the Chula Vista Police Department for information on the incidents, but the department says they received no reports of the alleged vandalism.

A lieutenant with the department stressed the importance of reporting any possible crime and not just posting the incident on social media. The lieutenant also said officers respond to calls based on priority, and although they might not arrive immediately for lower priority calls, it's always a good idea to make a report.