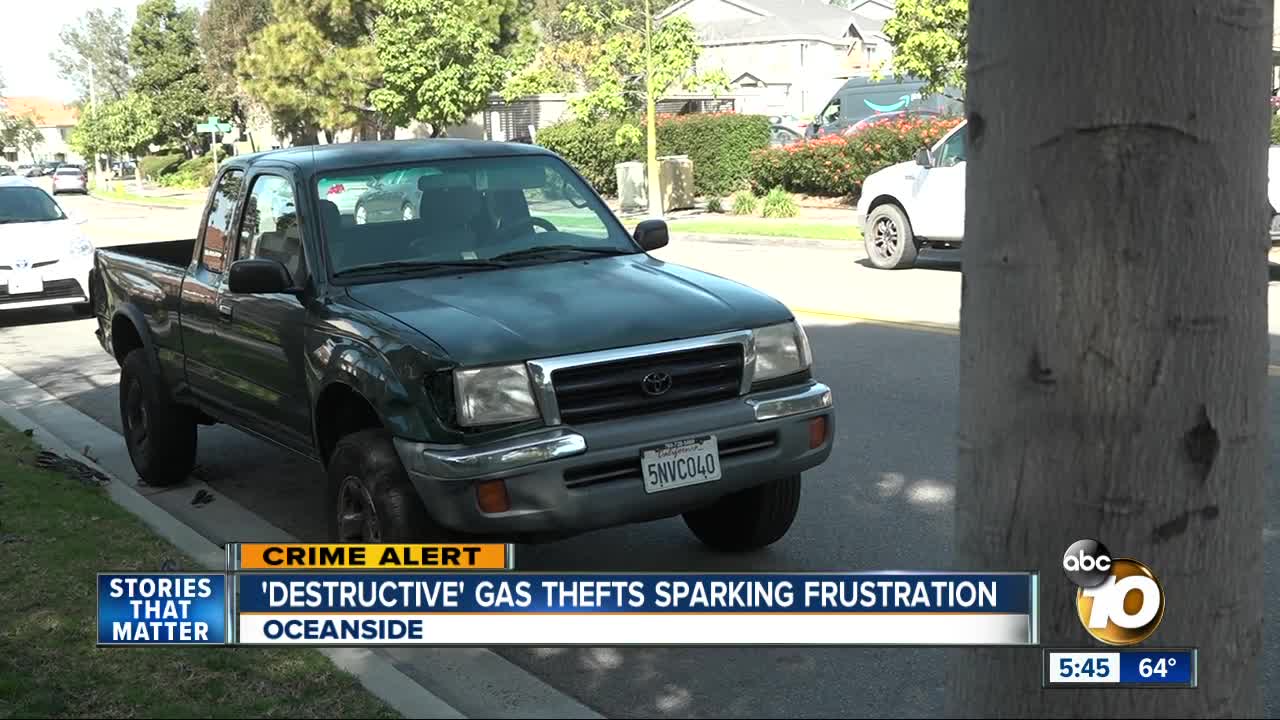 A string of destructive gas thefts is proving costly for some drivers in one Oceanside neighborhood. 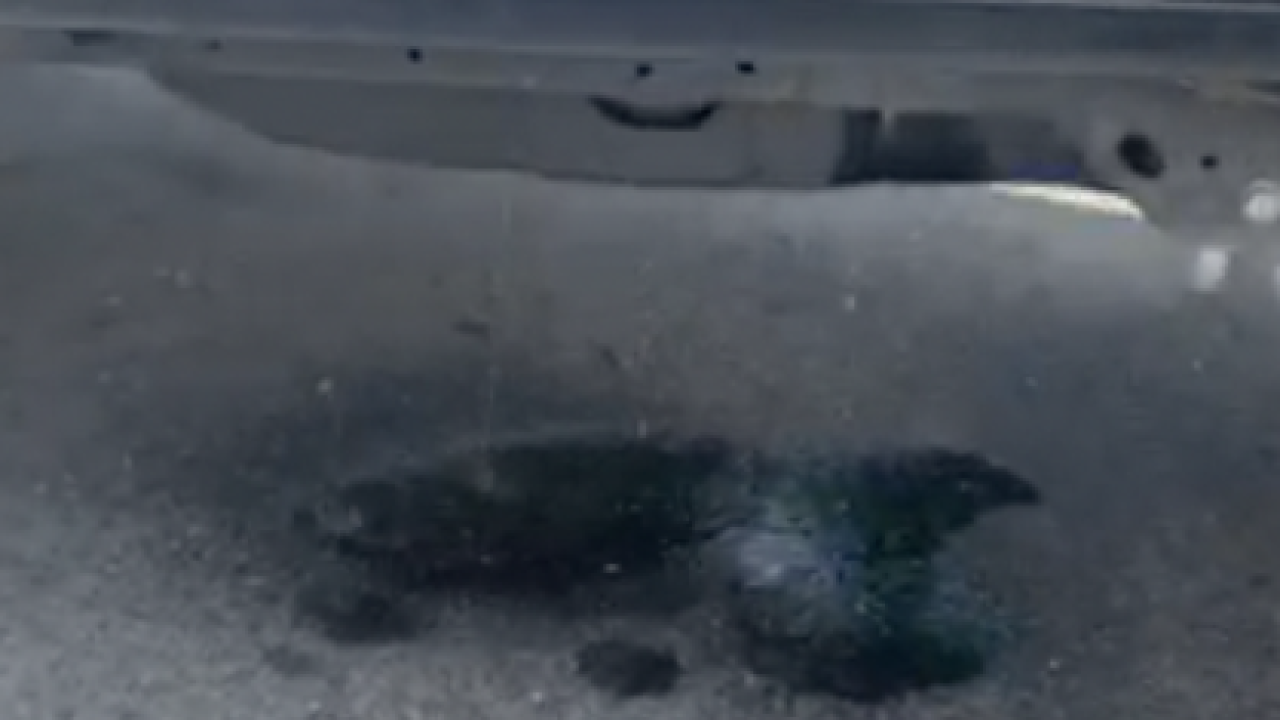 OCEANSIDE, Calif. (KGTV) - A string of destructive gas thefts is proving costly for some drivers in one Oceanside neighborhood.

It was early in the morning and dark, so Chelcie Bohner's fiance didn't see the pool of fuel under his truck last Thursday. There should have been a quarter of a tank of gas in his 2000 Toyota Tacoma. Instead it was empty. He went to a gas station, filled up his tank and drove to work. When he got there, he realized he was on empty.

"He was very confused," said Bohner.

The confusion cleared up with a closer look underneath. A hole had been drilled into his gas tank. Her fiance was frustrated.

"He was really upset and really worried. He wondered if there was someone out to get him," said Bohner.

Surveillance video revealed clues about the vandal. Just before 4 a.m., at the Avalon at Eagle Crossing condos, a man is seen walking. He appears to be carrying a gas tank in his right arm and tools in the other. He turns the corner to where the Toyota Tacoma was parked in its assigned spot.

"The property management said that after he went toward our truck, he quickly went to another vehicle," said Bohner.

That vehicle was a 2016 Toyota 4Runner, also discovered with a hole in its fuel tank. Bohner spoke with the owner.

The incidents of gas tank vandalism may not be isolated cases. Since October, at least two other neighbors have reported tanks being drilled.

"Just really shady. People don't realize the little gas they're getting is costing people a lot. Not just money but security. We don't feeling safe parking in our own spot," said Bohner.

Bonner's fiancee is opting for a cheaper repair, a patch, for a few hundred dollars. Anyone with information is asked to call Oceanside Police at 760-435-4900.