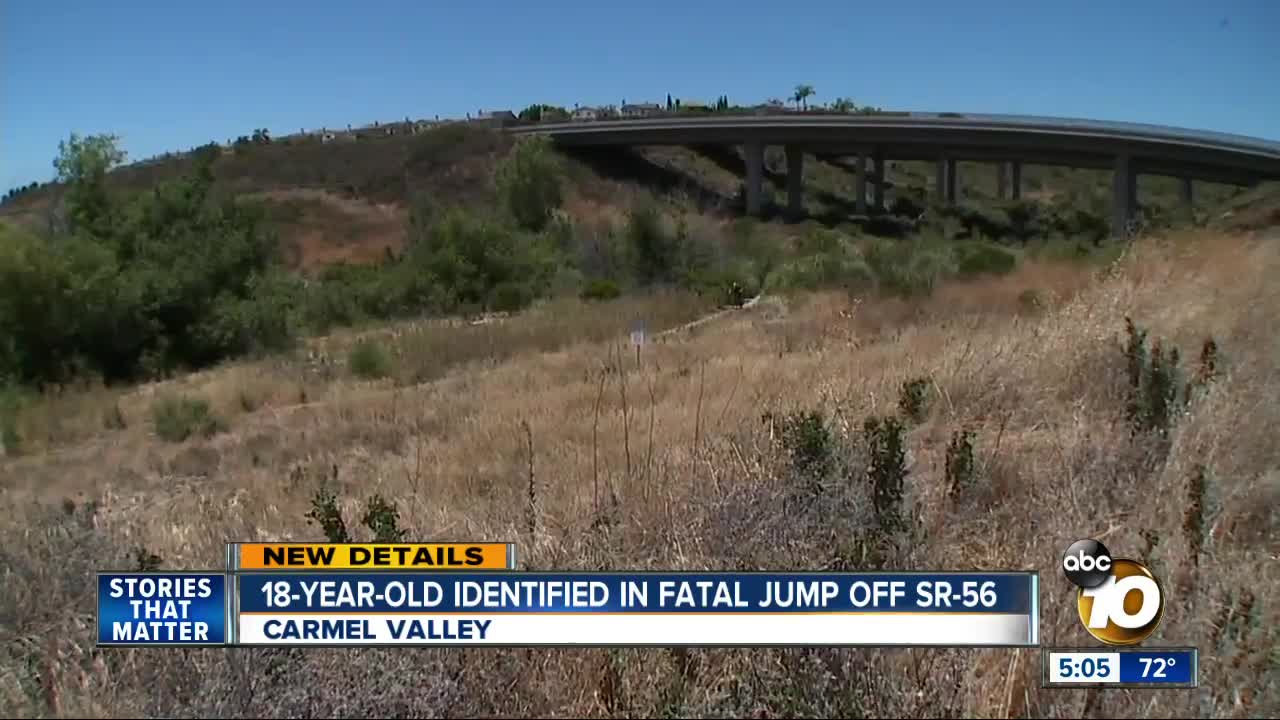 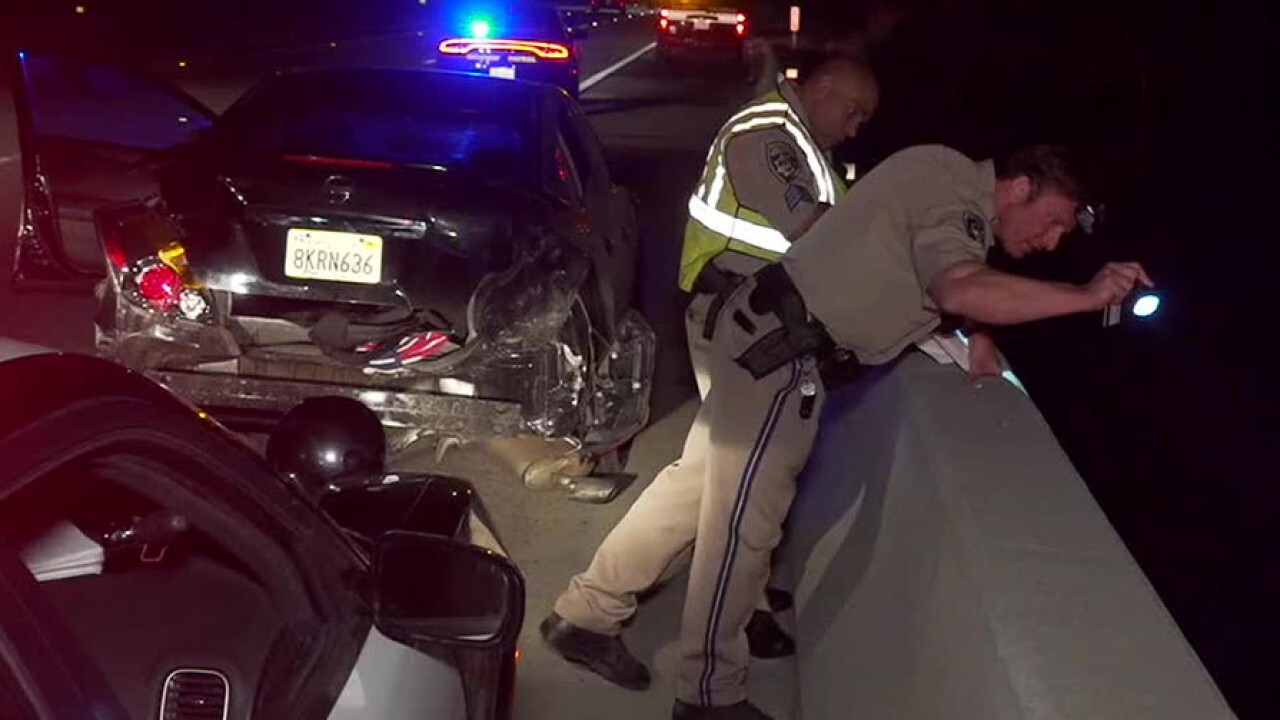 SAN DIEGO (KGTV) -- Authorities have identified one of the teens killed after he was believed to have mistakenly jumped from a bridge following a crash on a Carmel Valley freeway.

A family friend says the 17-year-old was Jesse Garcia. A gofundme page has been started for him here.

According to the CHP, a Nissan Altima was traveling on the road when the car spun out for unknown reasons and crashed into a barrier.

CHP says when the car came to a stop, it was facing oncoming traffic. Witnesses told CHP that six people got out of the car, running across the freeway lanes toward the right shoulder to avoid oncoming traffic.

Four people from the group then jumped over the right shoulder, not realizing they were jumping off the bridge, CHP says.

The four fell 50-75 feet from the structure, and CHP officials said two males died at the scene.

The two others from the group, who reportedly fled the scene after the crash, were located by police late Tuesday night, according to CHP. One of the teenagers is 14-years-old while the other is 15.

When officers tried to pull the Altima over, the driver sped away. The second pursuit happened later in the day around 12:30 p.m., police say.

Both chases were terminated after police determined speeds were too high.