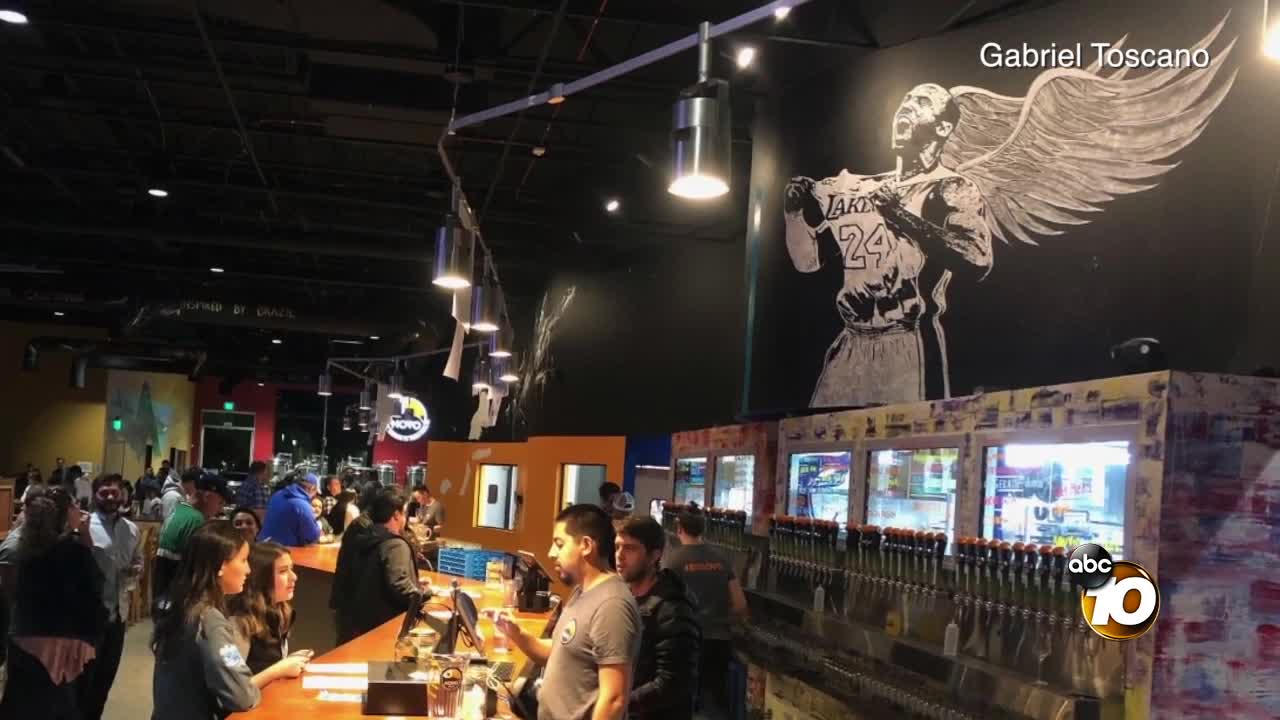 Novo Brazil is honoring Kobe Bryant with a massive mural depicting the Lakers legend with wings. 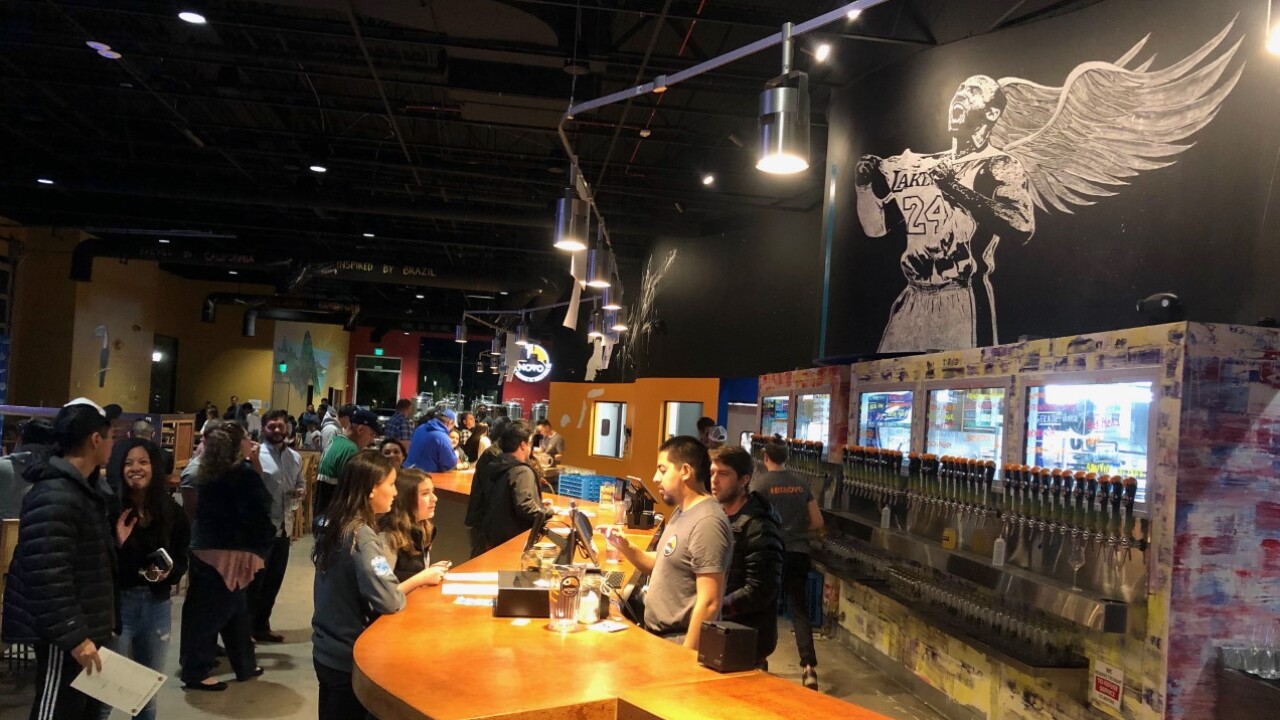 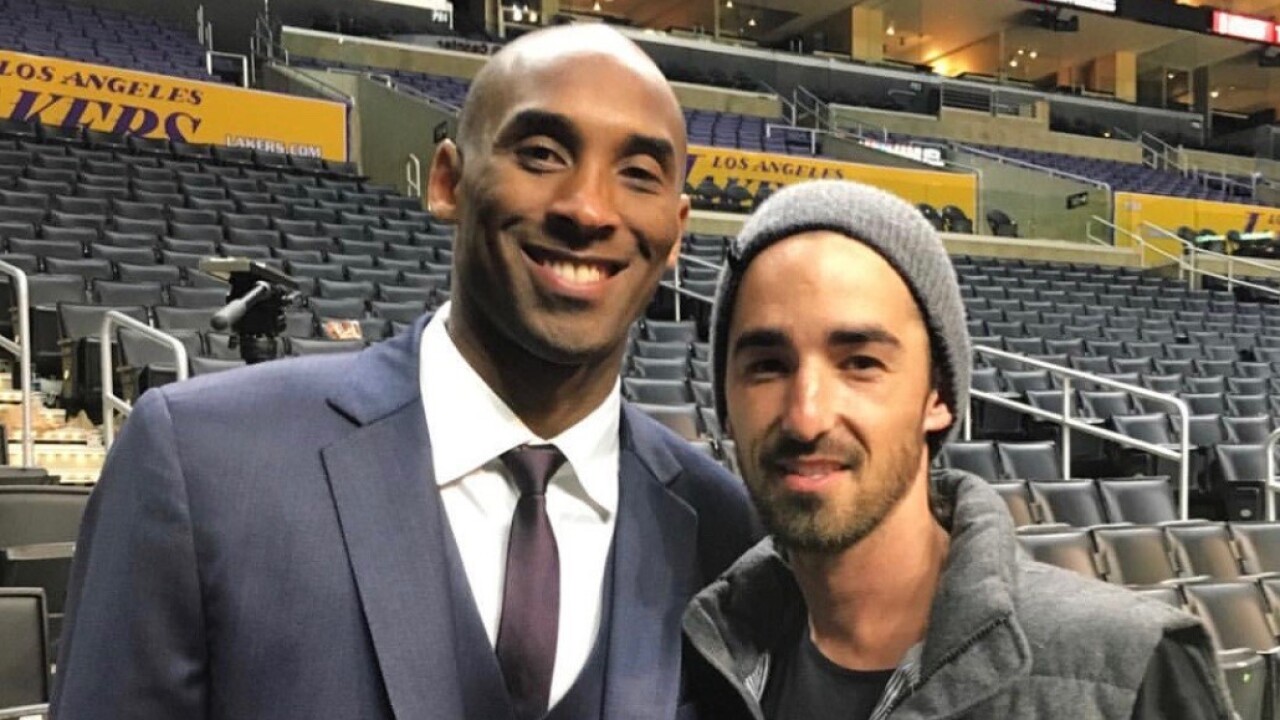 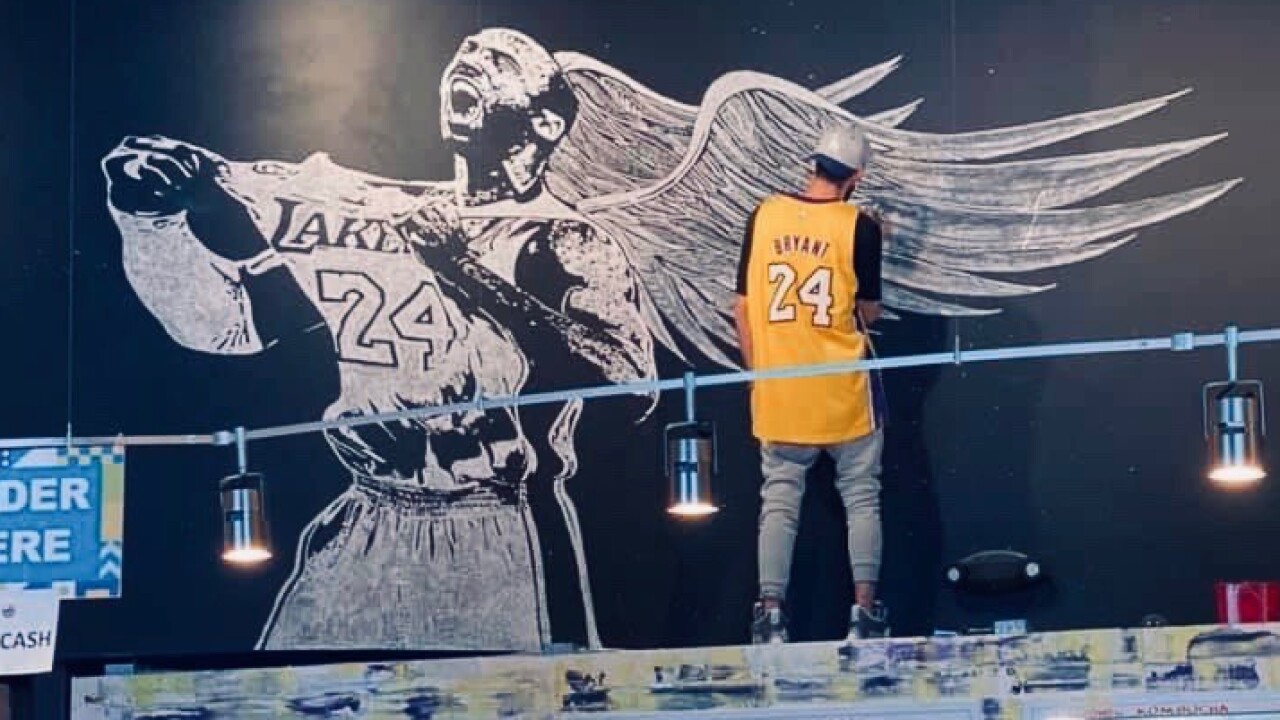 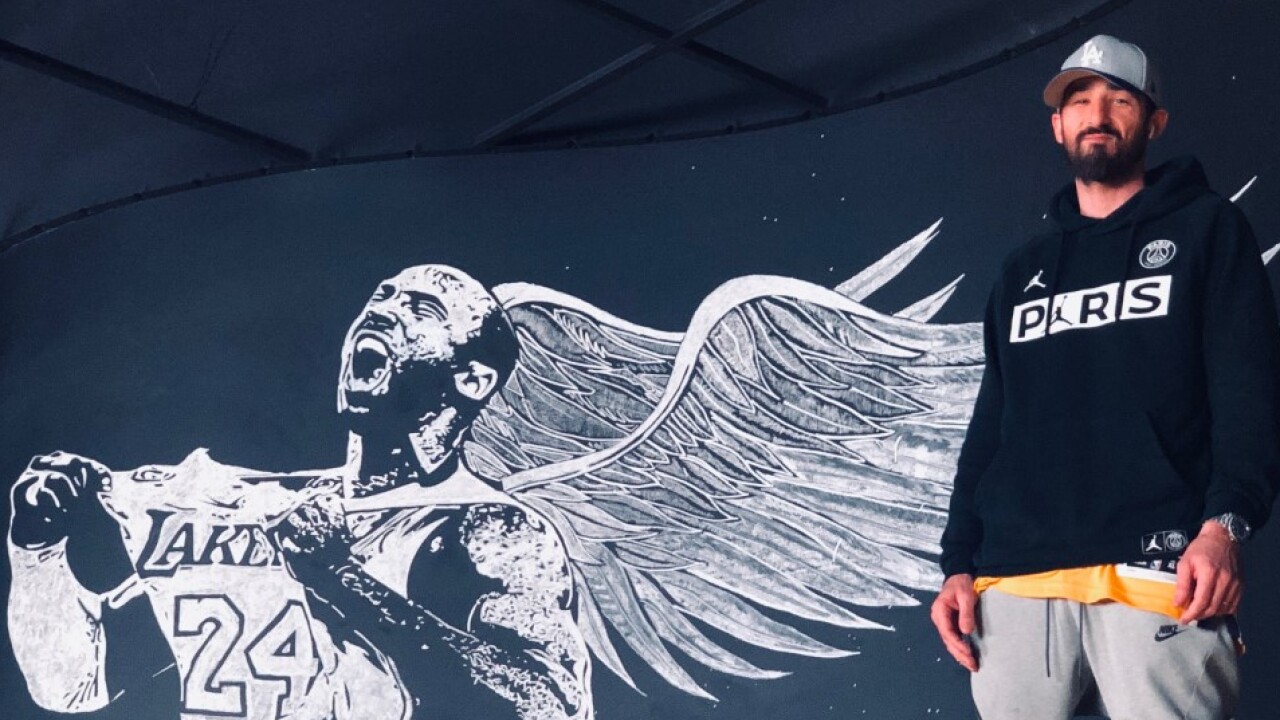 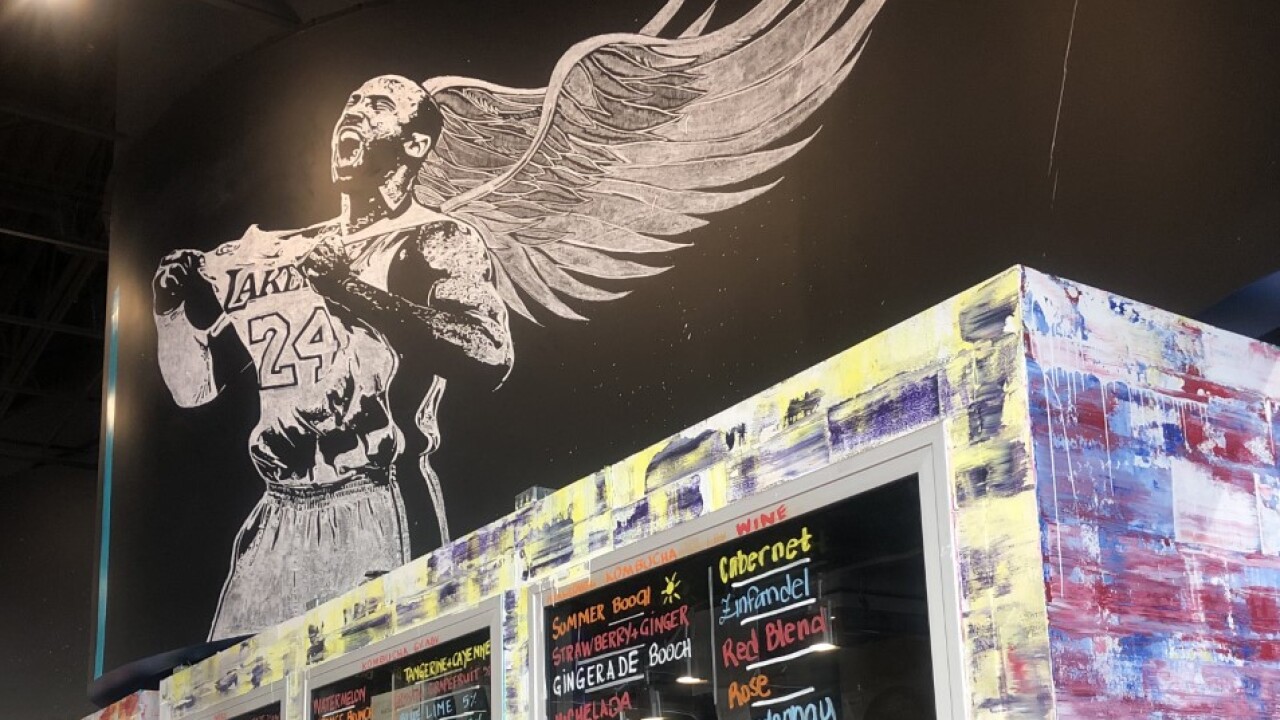 The mural was painted by artist LA-based artist Gabriel Toscano at Novo Brazil Brewing's Otay Ranch Town Center location this week and will remain there indefinitely, according to the brewery.

As customers walk up, they're greeted with Toscano's portrait of Bryant, standing victoriously with wings spanning outward.

"He's beyond human, and to me that's what he meant for a lot of people, myself included," Toscano said.

The image is reminiscent of Bryant's well-known celebrations on the court, something Toscano says he grew up watching and always being a fan of seeing.

RELATED: TIMELINE: The life and career of Kobe Bryant

Toscano pointed to Bryant's "Mamba mentality," drawing inspiration to work relentlessly at his craft much like the famed basketball star.

"To me he meant a lot on the way that he approached his craft ... that 'Mamba mentality,' because I think that you can take that and use it ... to a lot of things," Toscano said. "It's a life thing ... he's an athlete, I'm an artist and I tried to use that. Try to be the best that I can be. And that's pretty amazing."

Now that inspiration sits for others to draw from.

The wings, a specialty of Toscano's, adding to how fans see the NBA icon in his career and today.