Man says he was sucker punched at Imperial Beach protest 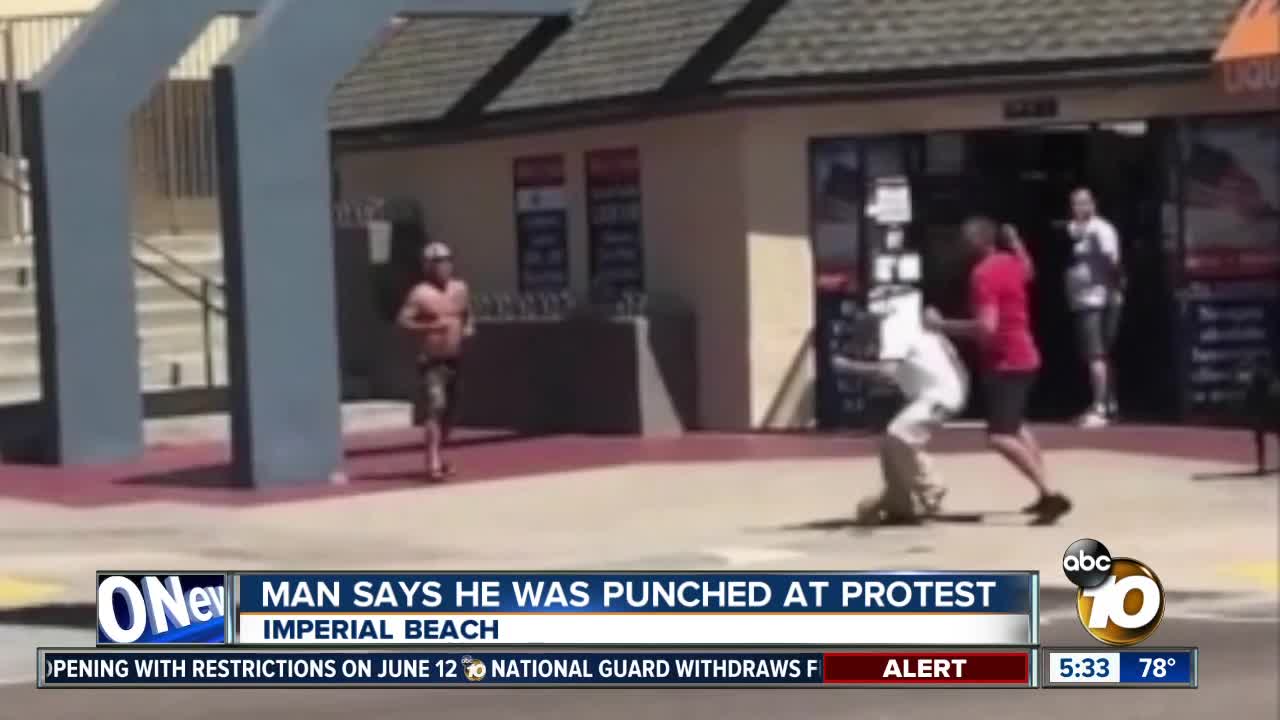 The man was participating in a Black Lives Matter protest. 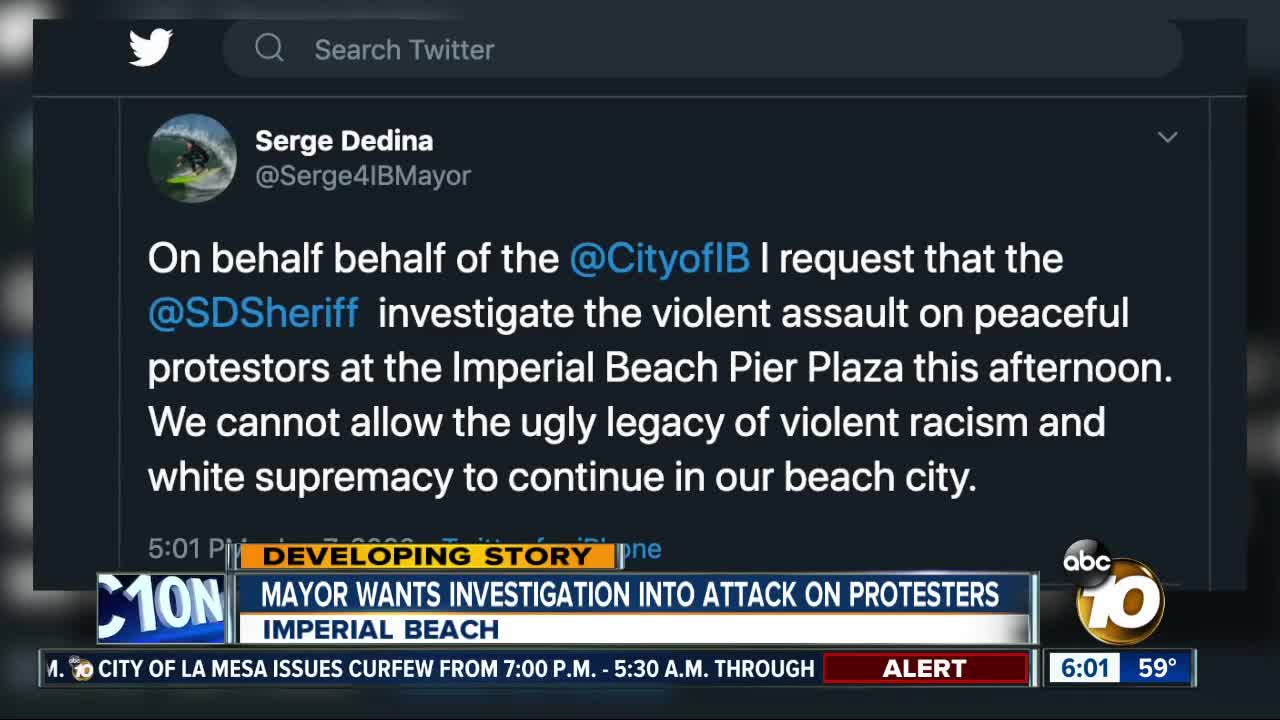 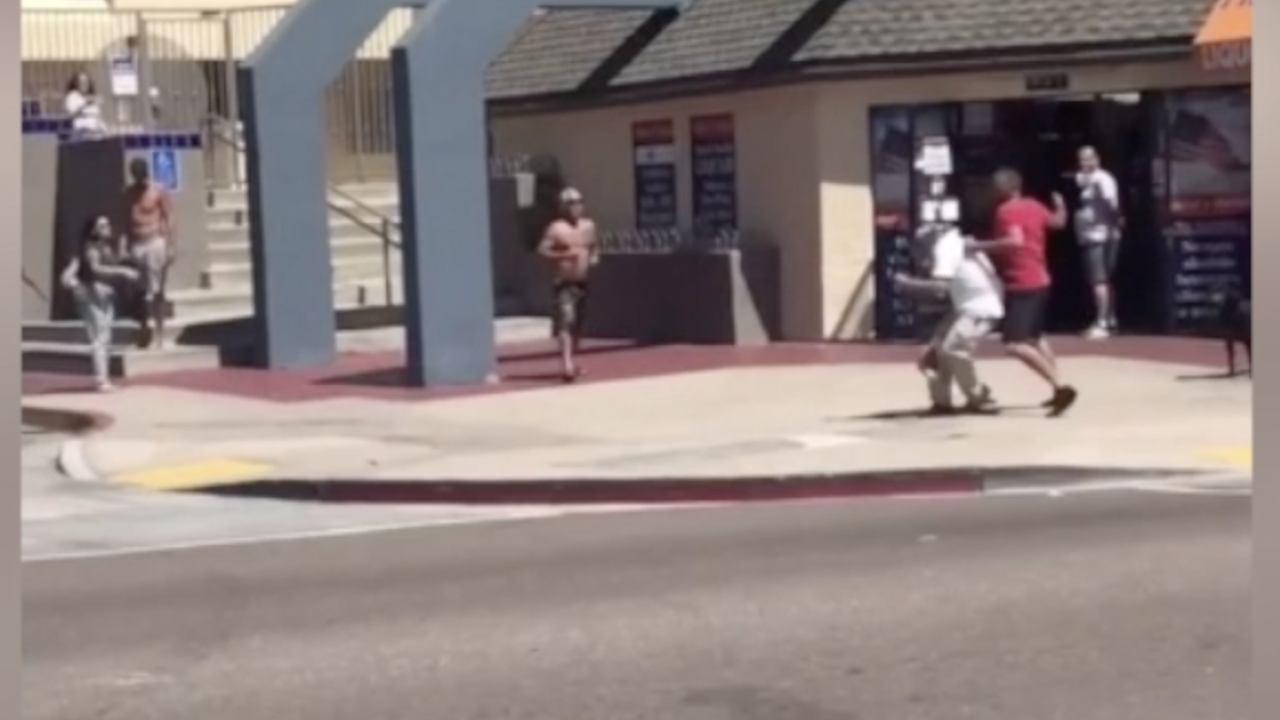 Marcus Boyd was one of the people at the rally, which started at Veteran's Park. The attack happened when the group got to the beach, Boyd said.

"We were shouted at by three or four individuals, telling us to go home," Boyd said. "They decided to start throwing eggs at us. I crossed the street just to get a good image of the perpetrators."

That's when Boyd said he was hit from behind. He still has a sore neck and headache. He said emotionally, it has been hard to watch the video. "He really tried to hurt me," Boyd said.

Mayor Pro Tem Paloma Aguirre added that she does not want residents to feel unsafe "for exercising their First Amendment rights."

According to a Sheriff's spokesman, the incident occurred at about 3 p.m. on Sunday. The protester reported that he had been punched by another man after a verbal confrontation. The suspect ran away with two men, but deputies later made contact with the two individuals, SDSO added.

SDSO said the suspect was eventually contacted, but could not be identified by the victim or other witnesses. Anyone with information or who has video of the incident is encouraged to call the department at 858-565-5200.

"We cannot allow the ugly legacy of violent racism and white supremacy to continue in our beach city," Dedina tweeted.

Imperial Beach was one of several county cities that hosted demonstrations against racism and police brutality against people of color on Sunday.