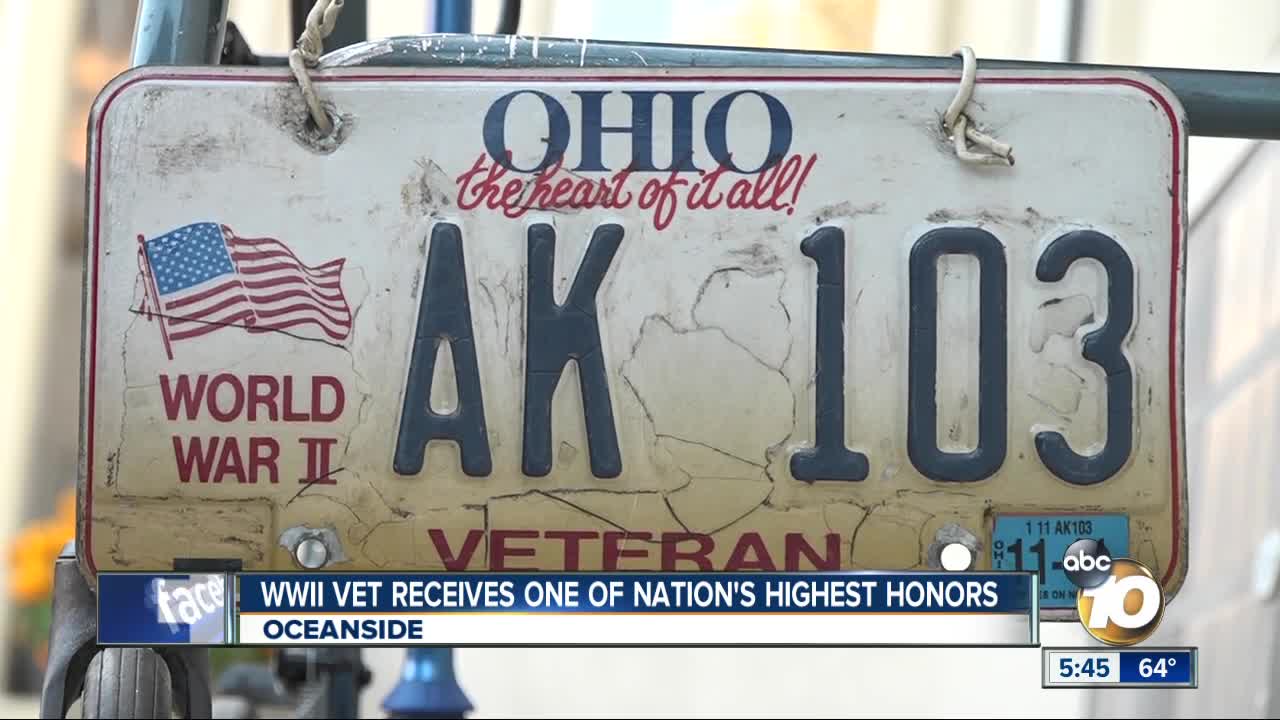 OCEANSIDE, Calif. (KGTV) - Decades after serving in World War II, a North County veteran is receiving one of the nation’s highest honors.

Willie Pong enlisted in the U.S. Navy in 1943; he was only 17 but lied about his age. He served almost three years as a ship's cook.

Pong's parents were born in China and moved to America to give their kids a better life, which they did. But as a boy, Pong faced discrimination.

"All the time, they always say, 'Go back to where you come from.' They made all sorts of remarks. I have scars on my head right now from kids throwing rocks at me because I was Chinese," said Pong.

Despite the bullying, Pong leaped at the opportunity to serve his country.

To honor Chinese Americans who served in WWII, Congress has awarded them the Congressional Gold Medal, the highest civilian award in the United States awarded by Congress.

The effort was made possible in part by the Chinese American WWII Veterans Recognition Project, spearheading a national campaign to identify, honor, and recognize the efforts and accomplishments of all Chinese Americans who served in the United States Armed Services in WWII.

Pong is a resident at Merrill Gardens at Oceanside, which held a special ceremony for all veterans in the community on Friday.

Once the medal is designed, a ceremony will be scheduled by House Speaker Nancy Pelosi.