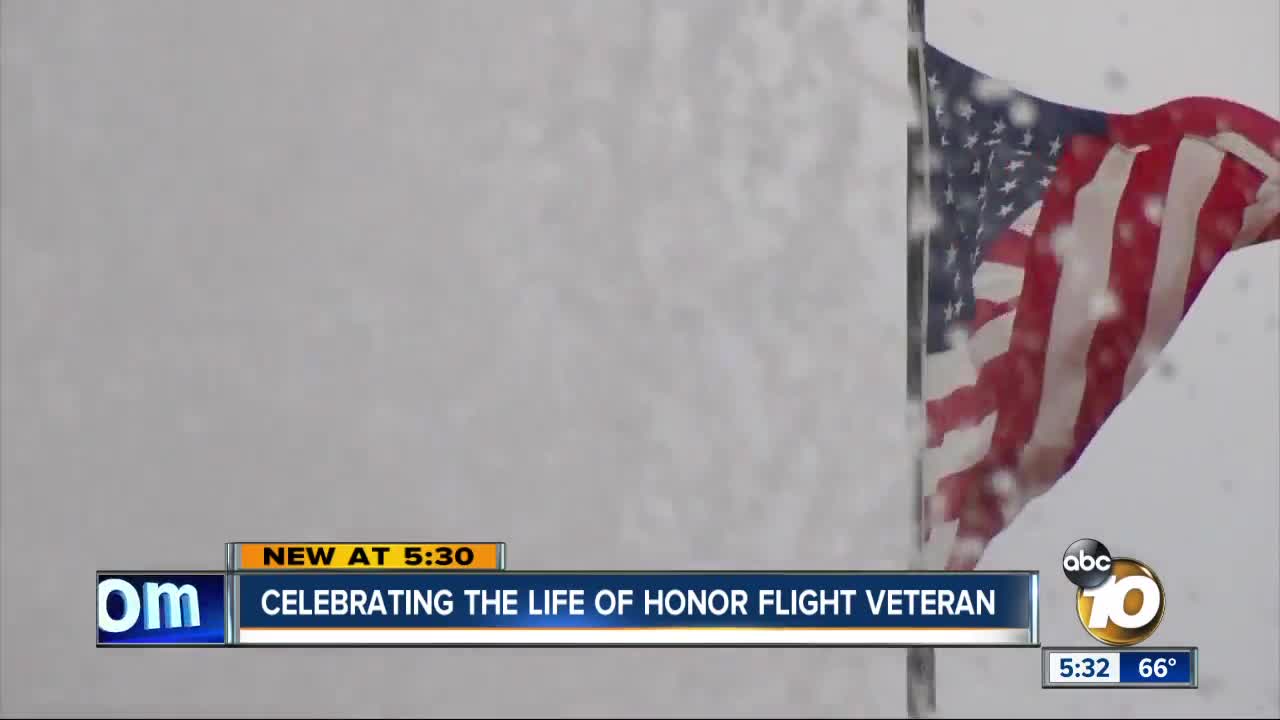 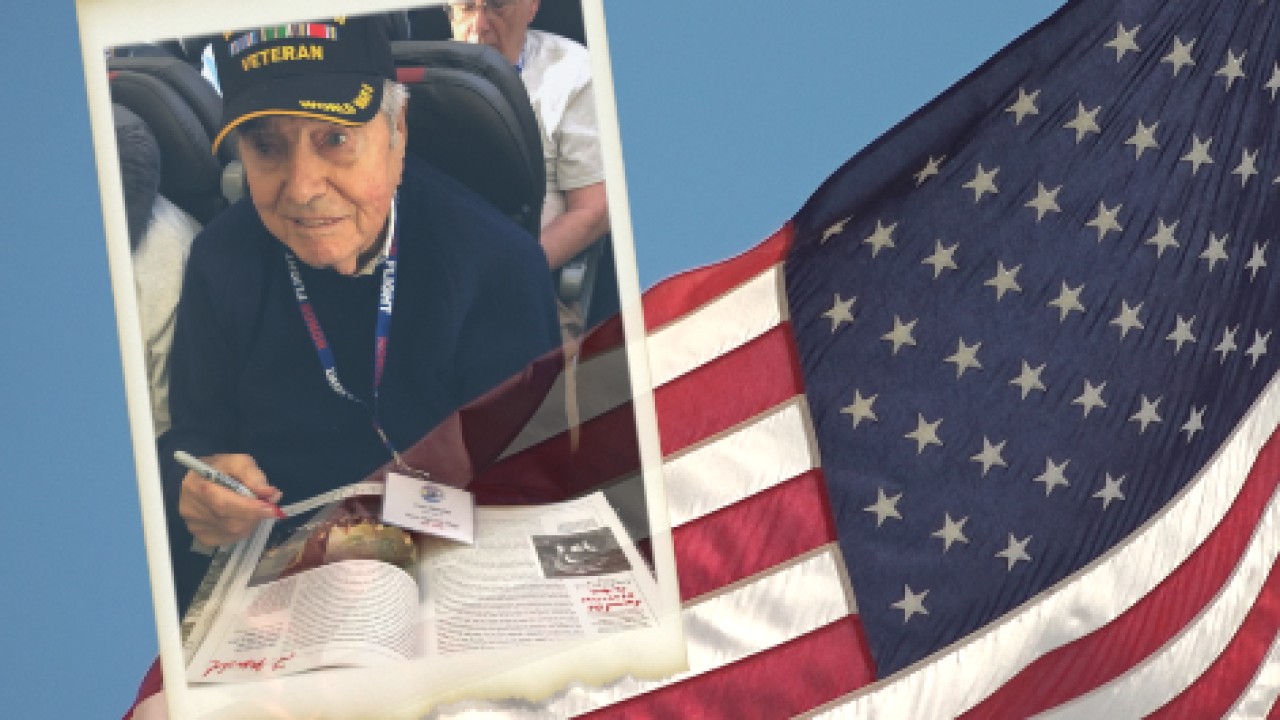 SAN DIEGO (KGTV) - The Honor Flight San Diego family is mourning the loss of a veteran who passed away on their latest trip to Washington D.C., while also celebrating his service and sacrifice to the nation.

Frank Manchel, 95, collapsed while on the return flight to San Diego.

“It was almost instantaneous, the MD's raced back to do what they could but it was too late," said David Smith, Founder of Honor Flight San Diego.

Former Police Chief Shelley Zimmerman was on the trip, she recited military honors and draped Mr. Manchel with an American flag.

"They [family members] told us how much this trip meant to him and getting together and actually being honored. Some of his last couple days on this earth were very honorable for him,” said Smith.

WWII Army veteran Frank Manchel on Honor Flight San Diego“Frank Manchel was so excited to go on his Honor Flight. This trip was so special because he was able to be with both of his sons as well as his 93-year-old brother who met him in Washington, D.C. My father’s passing was the ending to the most amazing weekend, surrounded by his newest best friends. We thank all of you – Honor Flight San Diego, American Airlines, San Diego International Airport, friends, and supporters for your concern and for allowing the weekend to be so special for all of us to share together. Frank passed quickly and peacefully and the compassion and respect that that was shown to our family will always be treasured. May he rest in peace as he is now with his other beloved son Jimmy.”

American Airlines has offered to fly Mr. Manchel to his final resting place in Michigan plus his family members at no cost to them. Services will be held in upcoming days.

This is the first time in the local chapter's history that a veteran has passed away on the trip.

Veterans and guardians are required to complete medical questionnaires and if needed, have a physician's permission to fly.