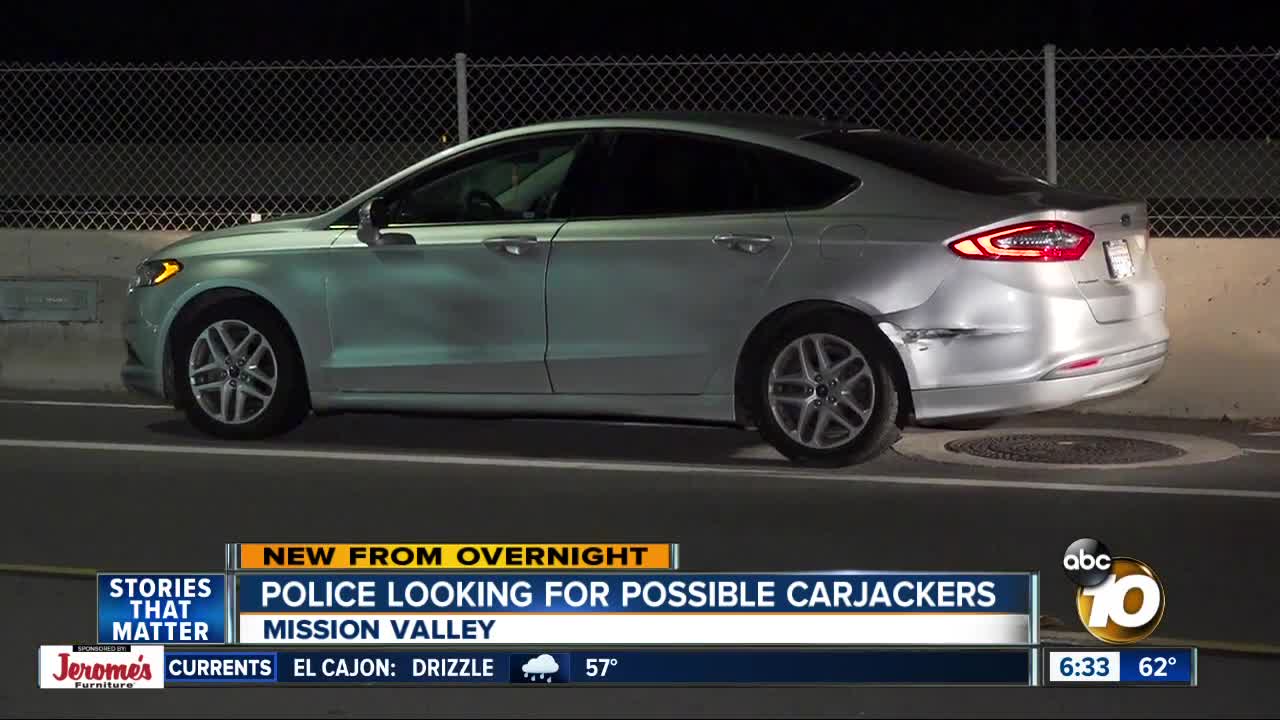 A man was carjacked in the parking lot of a Target store at Westfield Mission Valley, and the car was later found abandoned near a motel. 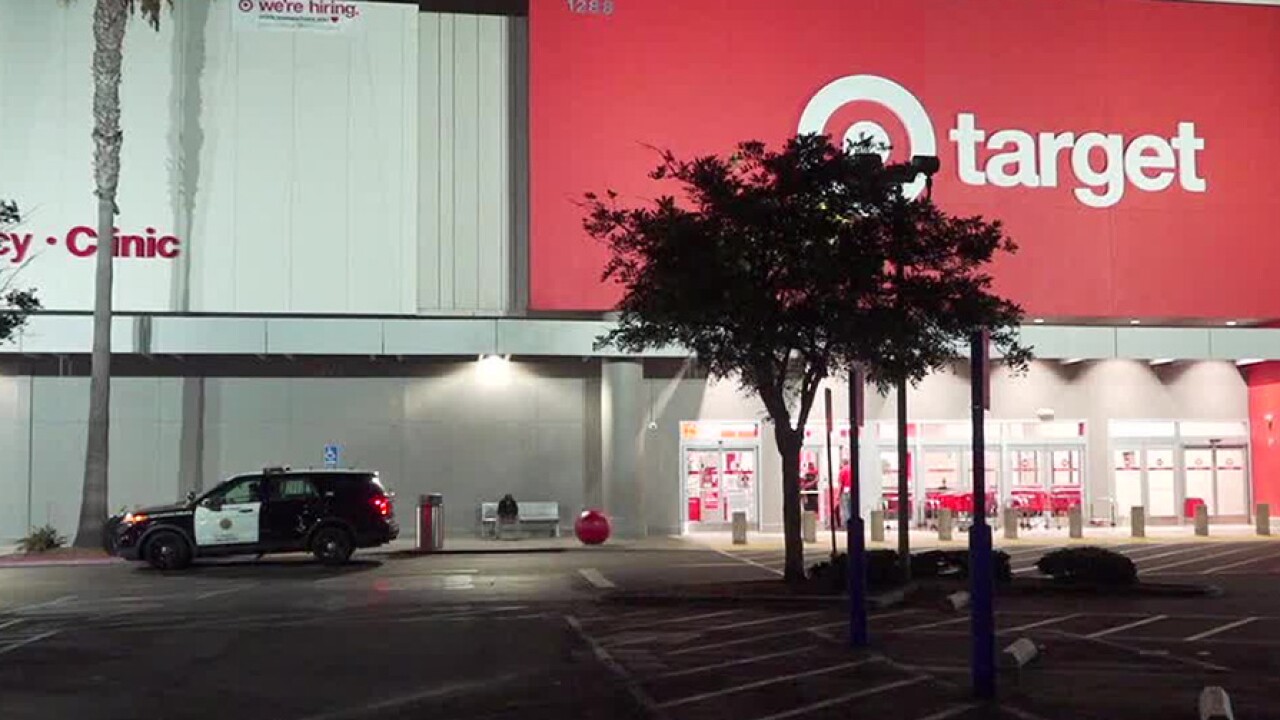 SAN DIEGO (KGTV) -- Police are looking for a group of men suspected of carjacking a driver in the parking lot of a Target store in Mission Valley.

The incident was reported at around 3:15 a.m. in the parking lot of the store on 1288 Camino Del Rio North, at Westfield Mission Valley mall, according to San Diego police.

Police said a 4-5 men approached the driver, taunted him, and then pulled him out of his car. The group then drove off with the victim’s silver Ford Fusion.

A short time later, officers spotted the Fusion parked across the street from a Motel 6 on Hotel Circle North.

The group of suspected carjackers was not located.

A description of the thieves was not immediately available.