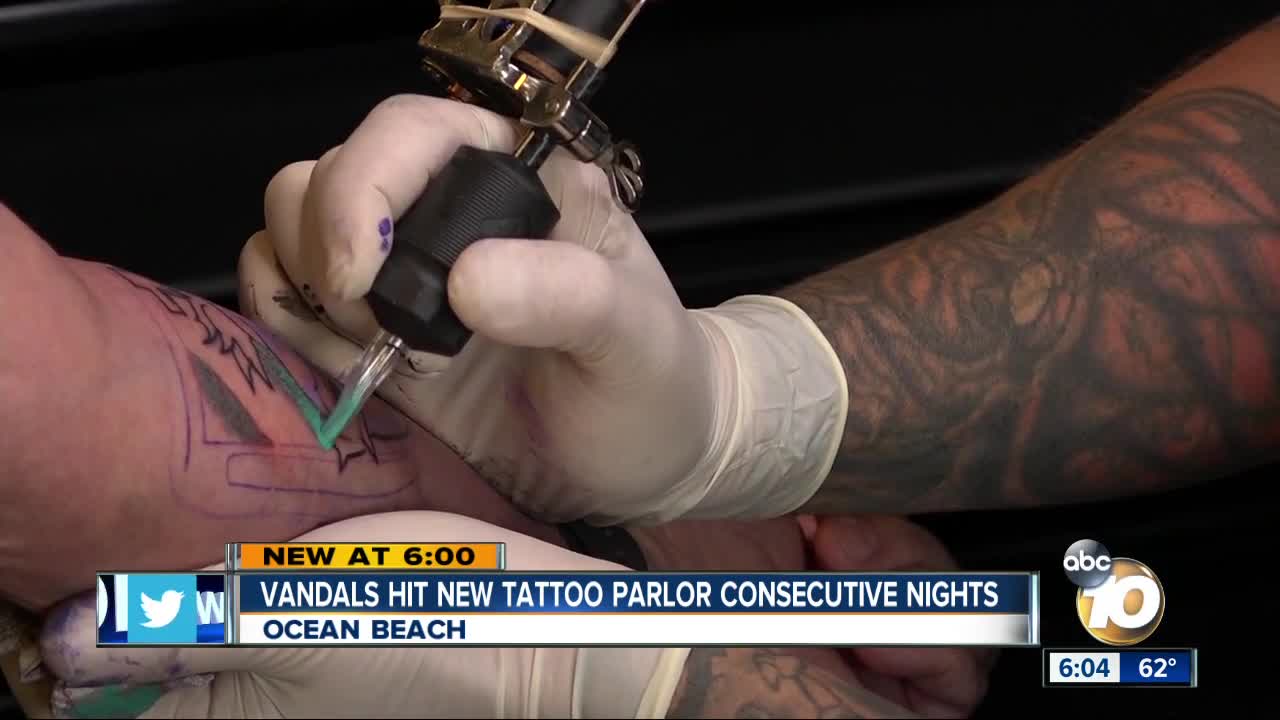 The tattoo parlor is in its grand opening week. 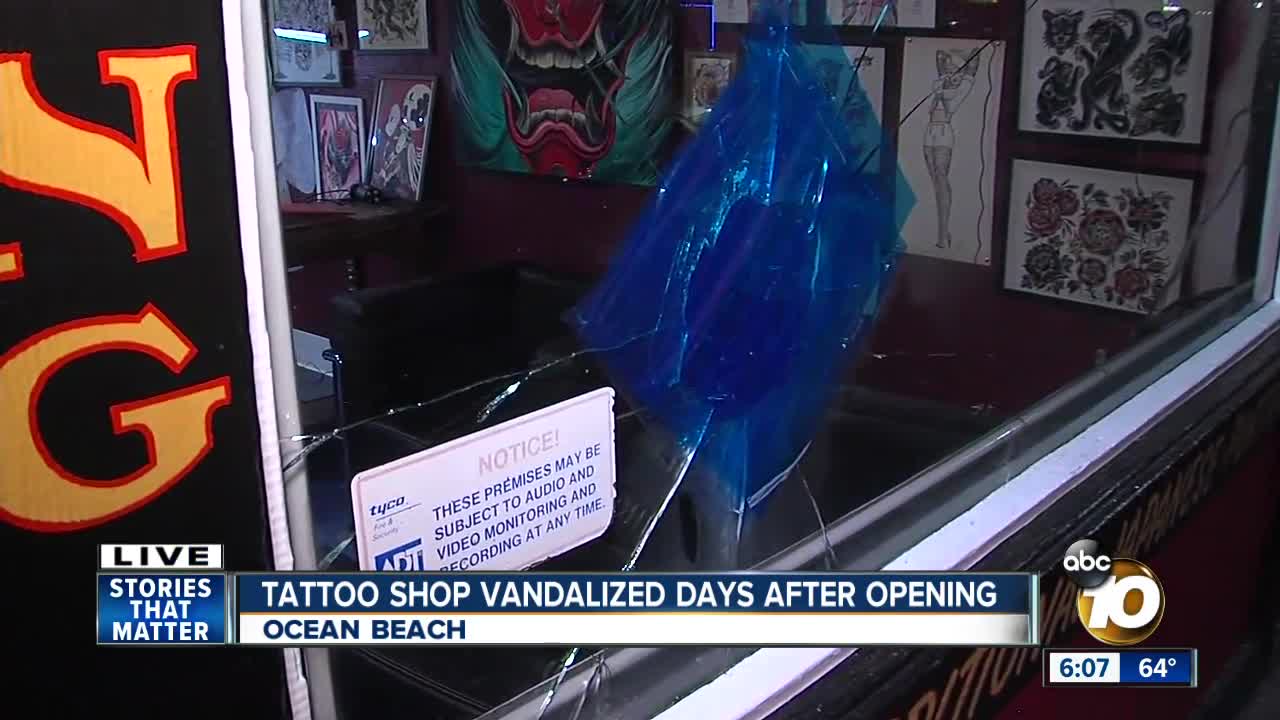 SAN DIEGO (KGTV) -- A nightmare of an opening week is continuing for an Ocean Beach tattoo shop.

First, around 4 a.m. Saturday, surveillance video shows a man igniting an explosive against the window of Blackwater Tattoo Studio. Then, Sunday around 11:30 p.m., another man rides by on a skateboard, throwing a battery like cylinder through the same window.

The owner, Mike Kellerman, shared surveillance video with 10News of both incidents.

The first video shows a man skateboarding to the front of the business, taping something to the front window, and lighting it on fire. Moments later, the device explodes and blasts a hole in the window.

"I expected the first one; the second one kind of pushed the limit," Kellerman said, adding he is not going anywhere.

Kellerman said he believes his business is being targeted by a rival tattoo shop on Newport Avenue, but wouldn't say which one.

He told 10News he was confronted by a man from that shop earlier in the week who threatened him about opening in the community. Kellerman shared the information with San Diego Police.

Anyone with information is asked to call SDPD.