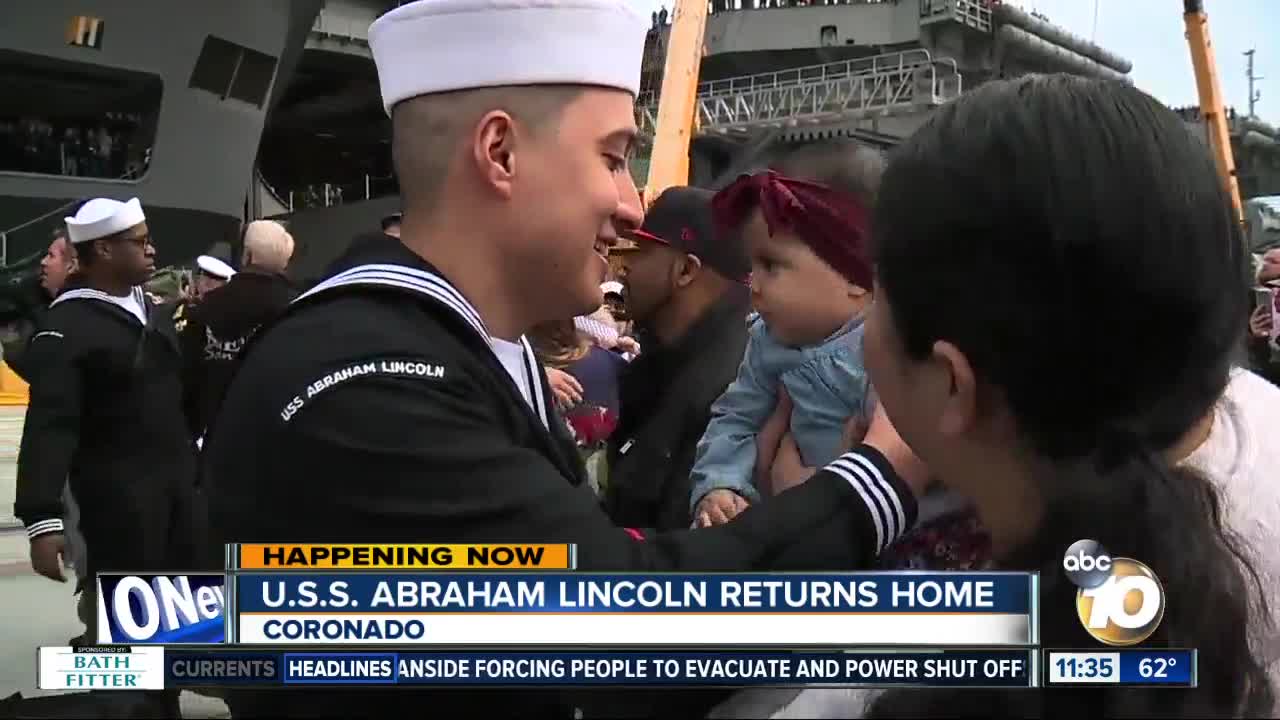 Sailors from the USS Abraham Lincoln Strike Group are returning home after 294 days. 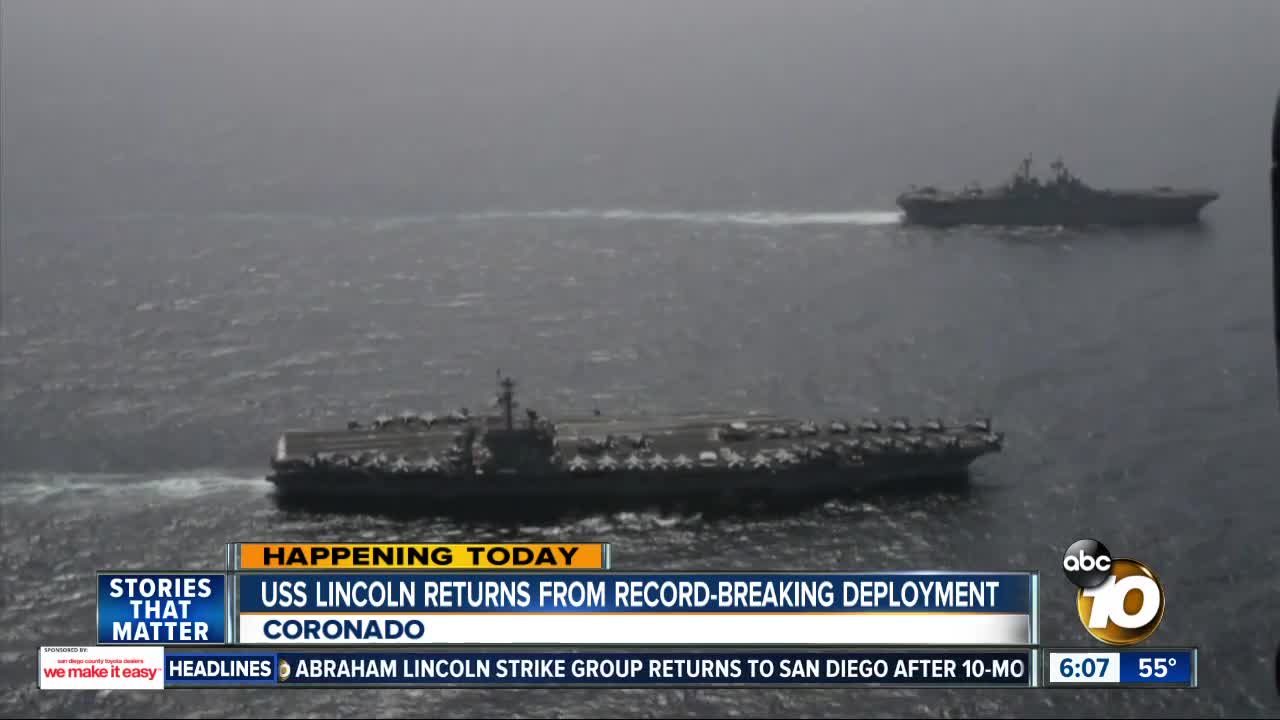 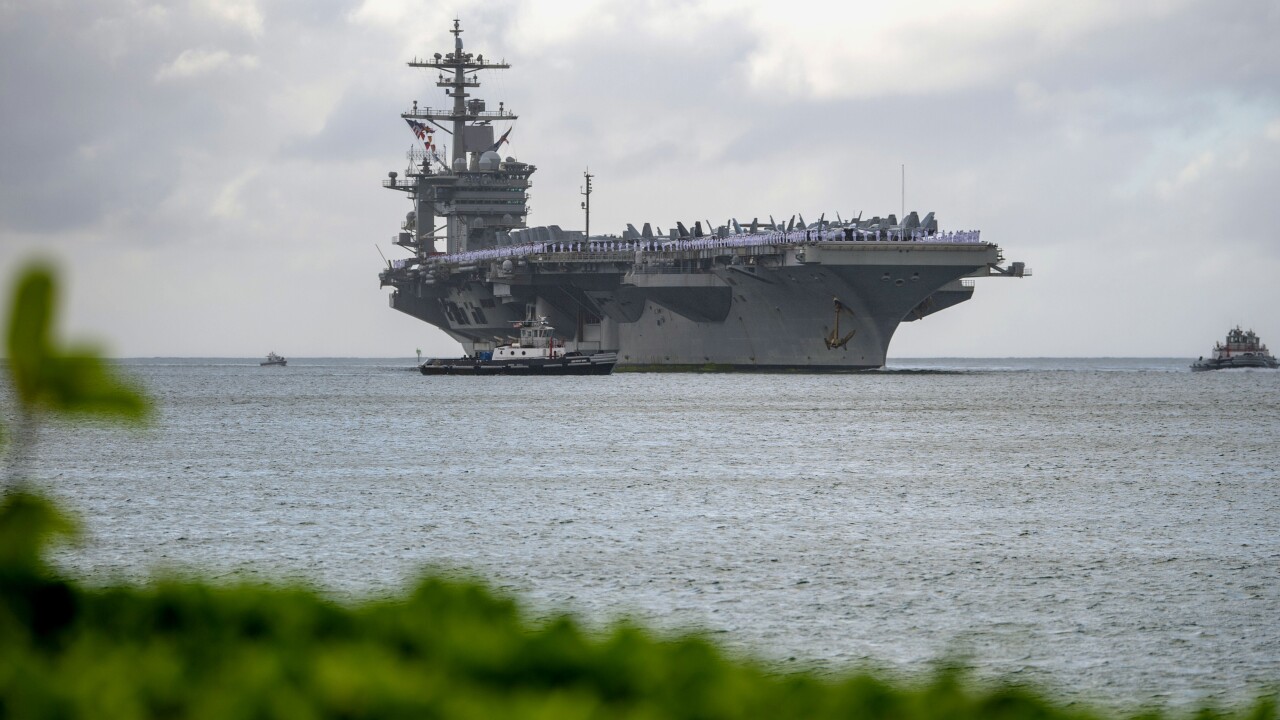 Sailors left from their home port in Virginia in April and saw their deployment extended twice before coming to their new home port of Coronado.

P02 John Aportela is one of the the 6,000 sailors that made up the strike group. Like many parents, he met his 6-month-old daughter for the first time.

“I’m blessed to be back and I thank God for bringing us back safe." Aportela said.

Growing tensions in the Middle East kept the strike group at the ready in the area. Sailors and Marines were involved with maritime security and combat missions while working with allies, including France, Bahrain, Malaysia, Singapore, Saudi Arabia and Oman.

Those missions took the crew across the globe to places like Singapore, Saipan, Philippines, Japan, Israel, Thailand, Australia, Maldives, Hong Kong, and other locations.

The strike group's Helicopter Marine Strike Squadron 79, or "The Griffins," returned to NAS Coronado Sunday ahead of the carrier's arrival. That team was supposed to return before Halloween, but had their employment extended.

The group's 10-month deployment was the longest carrier deployment since the Cold War. During its deployment, the group has assisted operations in the U.S. 5th, 6th, and 7th Fleet areas of operation spanning the globe.

Sailors are expected to pull into San Diego at about 10 a.m.