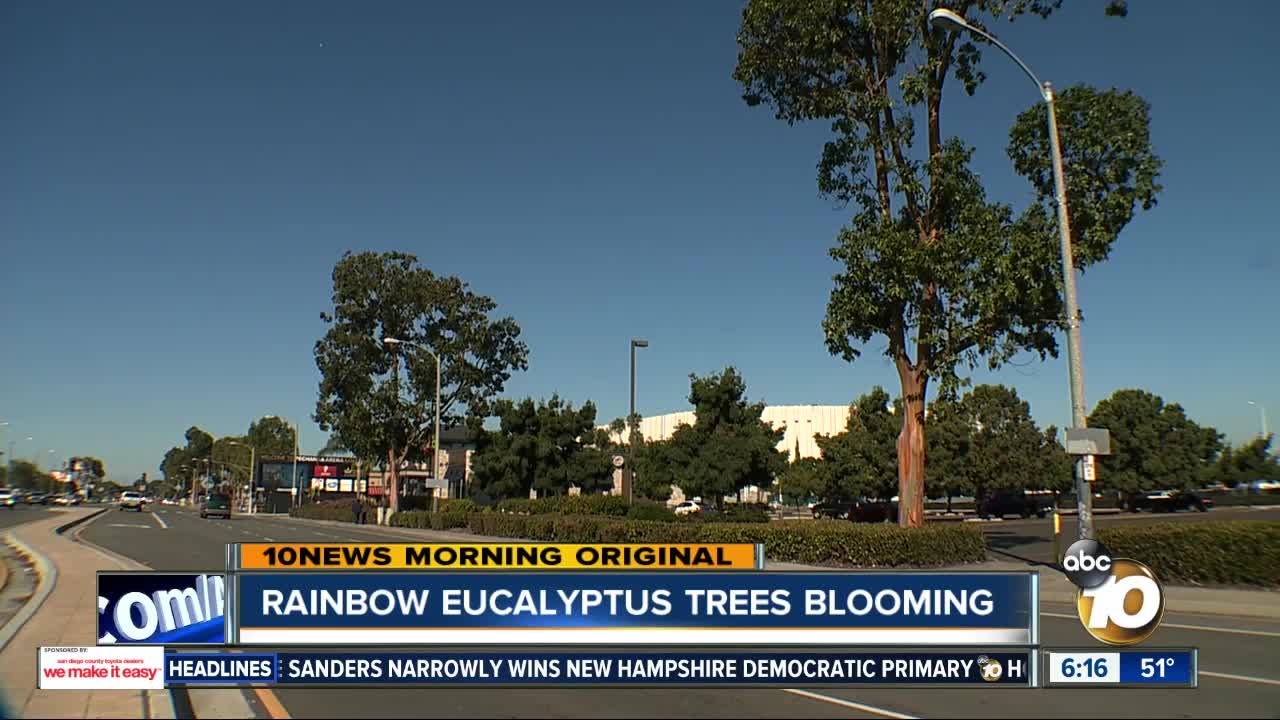 Coming out of the drought has had a colorful benefit in San Diego, as Rainbow Eucalyptus trees are now shedding their bark, revealing a multi-colored trunk. 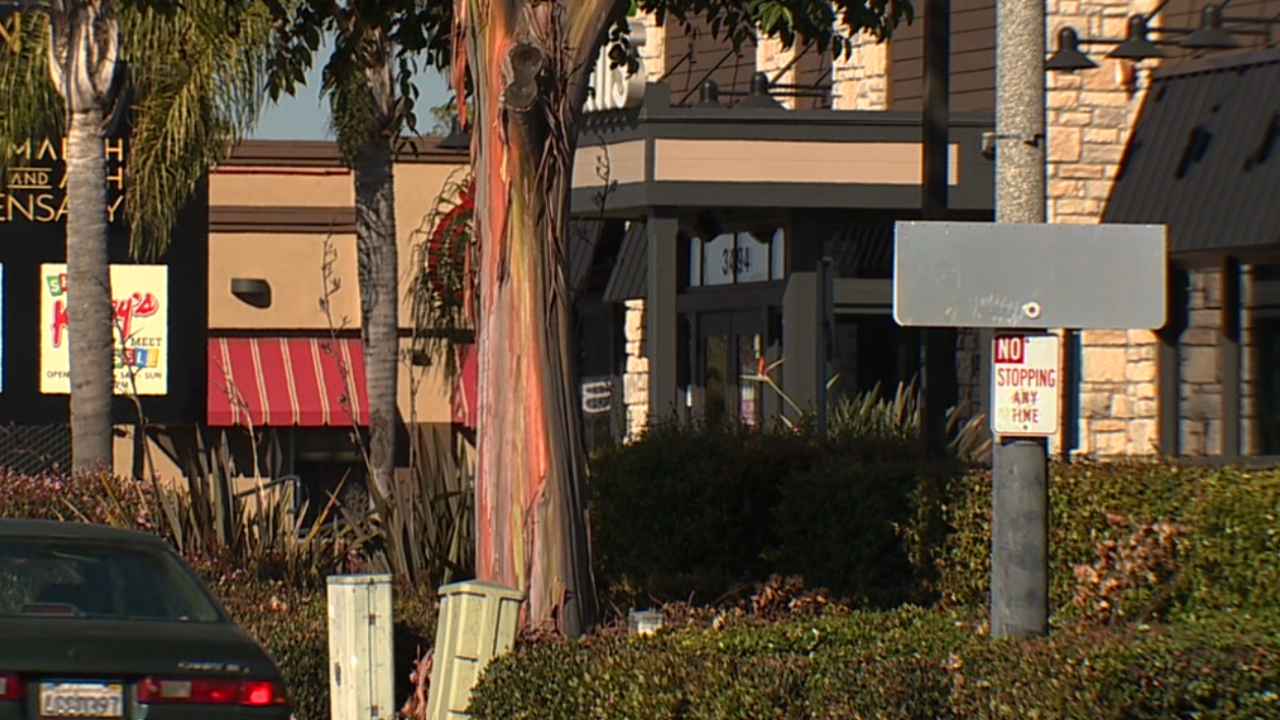 SAN DIEGO (KGTV) - Heavy rain over the last few years has brought an unexpected splash of color to portions of San Diego.

For the last month or so, Rainbow Eucalyptus trees have been shedding their bark, revealing a multi-colored trunk.

"It's outstanding," says Peter Fritsch, who walks by a handful of the trees along Sports Arena Boulevard. "I love the contrast between the gold and the red and the gray and sometimes blue."

Horticulture experts say the colors are more pronounced in tropical climates, but here in San Diego, you can still see a rainbow on the trees.

"As it ages, the stuff that doesn't look as colorful, has been oxidized somewhat, it peels off," says Bradley Brown, a Master Arborist with Tree Life Consulting. "Over time, the new bark will have those varying shades of color."

According to the city, there are Rainbow Eucalyptus trees in Balboa Park, Sports Arena, the San Diego Zoo and parts of Mission Bay. There's no official count for how many exist in the city.

"It's amazing watching all the bark peel off and seeing the rainbow come alive in them," says Jason Sandoval, who owns a gas station that has several of the trees nearby.

Eucalyptus trees have a rough reputation across San Diego. They grow fast and have a tendency to fall over in high wind and rain events.

But Brown says they can be safe if they're well maintained. He'd like to see more planted throughout the city.