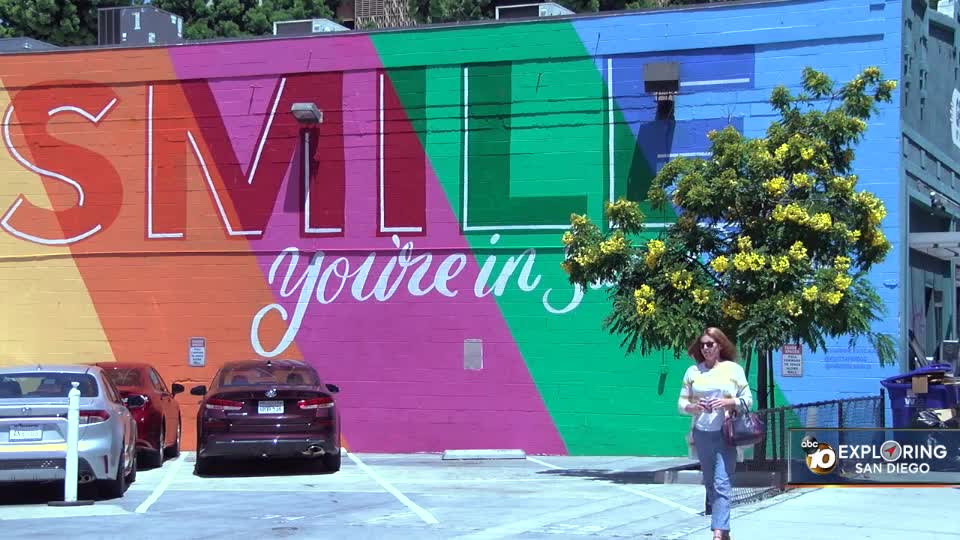 There's no better way to observe San Diego's history, and perhaps future, than through public murals throughout the county. Check out 10News.com's Exploring San Diego section for a map of murals across the county. 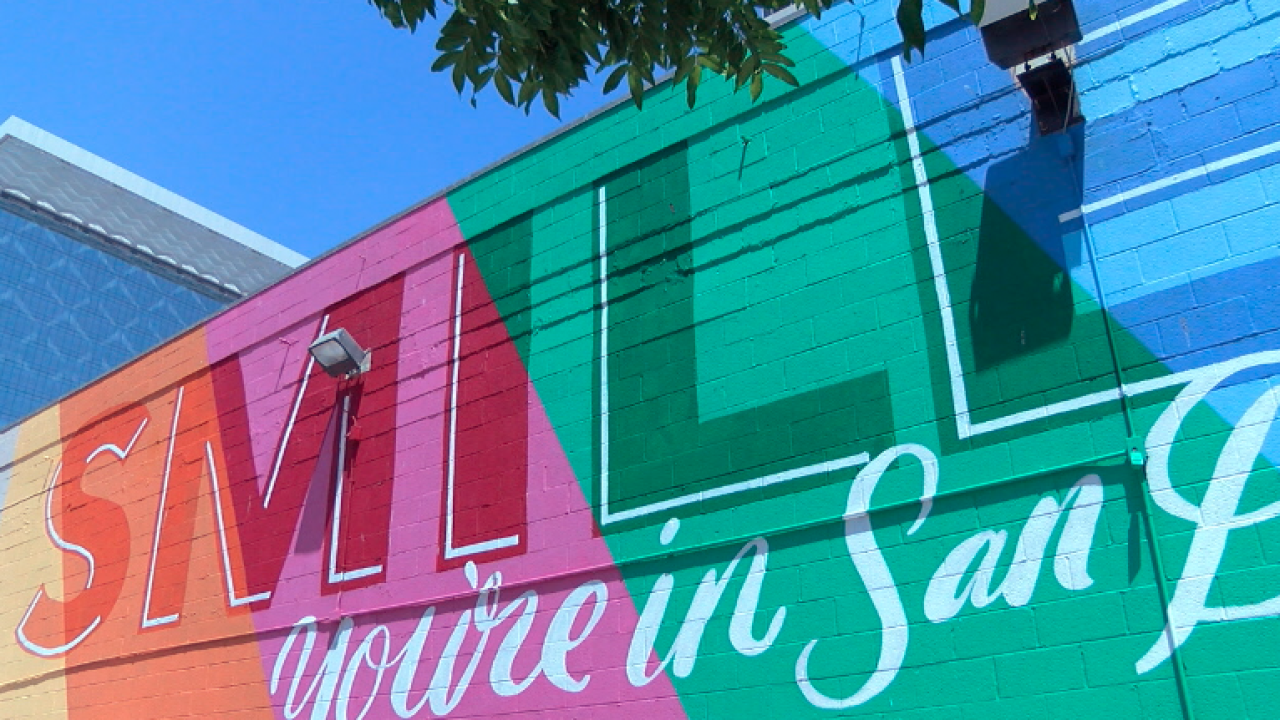 SAN DIEGO (KGTV) — There's no better way to observe San Diego's history, and perhaps future, than through public murals throughout the county.

While many of these murals serve as a great boost to social media profiles, they often double as a visual journey showing our region's past and what we hold dear.

One thing San Diego is often associated with, happiness. Our scenic coastline, diverse communities, and bevvy of sunshine throughout the year can be thanked for that.

But for those trying times, the "Smile, You're in San Diego" mural at 1st Ave. and C St. serves as a reminder. The mural's artists, Pheobe Cornog and Roxy Prima of Pandr Design Co., we tasked with the design by the San Diego Tourism Authority.

"They originally just wanted a smiley face. But we wanted to take it a little bit further and create something that people would get excited about," Prima says.

Instead of a smiley face, the mural depicts a canvas of color not only for those ready to pose, but for those stuck in traffic to enjoy.

"We wanted something bright and happy and colorful so when you're on your commute you can be happy seeing this piece," Prima added.

But of course, it's also a tourist destination nestled in downtown for those who find it.

"People from far away places that come to San Diego and seek this mural out now and will message us, 'Oh, I was here from Philly,' or wherever," Cornog said.

But not far, Chicano Park displays tons of public art showing Chicano history and culture in the Barrio Logan neighborhood. The legs of the Coronado Bay Bridge are covered in vibrant pieces, ranging from pieces like "Founding of Mexico City," "Birth of La Raza," and "Female Inteligencia."

And over in Liberty Station another piece of local history at the "Greetings from US Naval Training Station" mural. Inside each letter of the postcard design is an era of the training station's history, from US Navy facility to public market.

"SeaWalls: Murals for Oceans," on Fourth Ave., was painted by the Cohort Collective to raise environmental issues. The group installed 18 murals around the county to bring topics of overfishing and ocean reef conservation to onlookers.

"There's not enough public art, we don't think, in San Diego. We have the best weather and people are outside all the time, so we should have more art on the streets and for people to easily access," Cornog said.

A way for our history and future to shine through, wherever you may be in San Diego.

"We feel art shouldn't just be in galleries, it should be everywhere you look," Prima added.