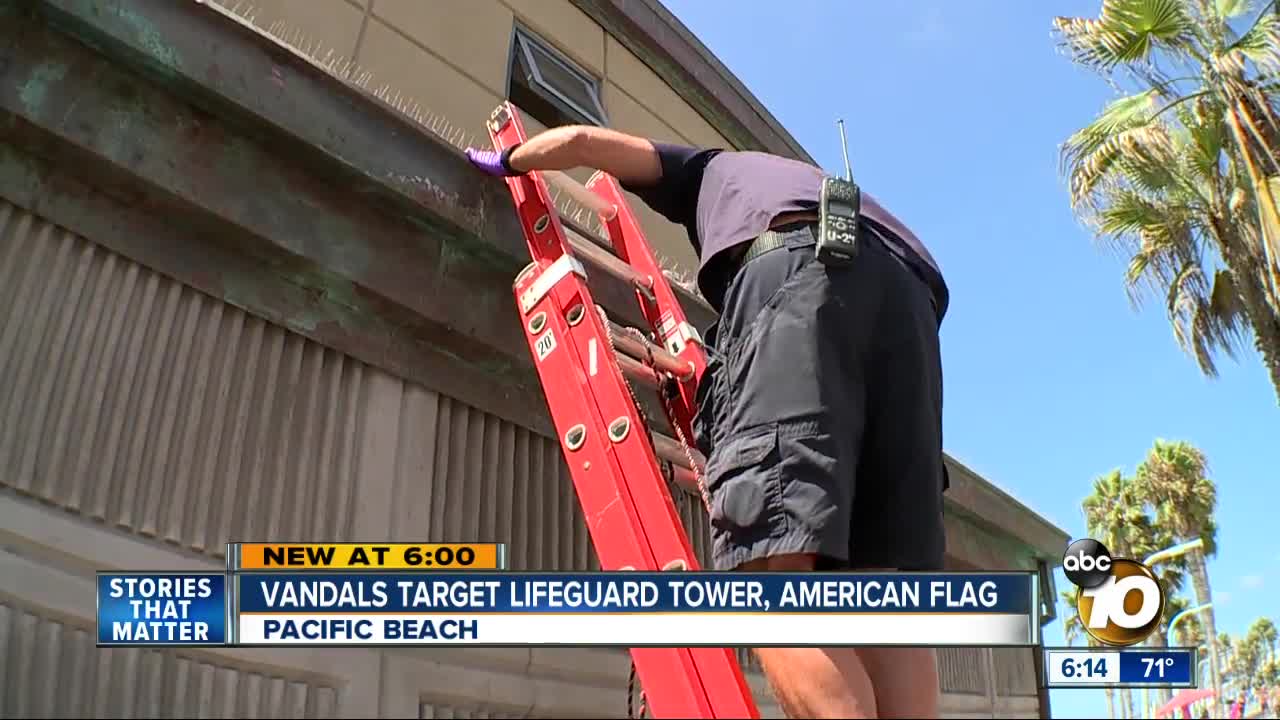 Lifeguards in Pacific Beach say trash, debris, and clothing are just some of the litter they are finding on their roof and boardwalk.

Not only do lifeguards at the station at the end of Grand Ave. has seen trash thrown onto the roof, clothing left behind, and even trash cans tossed on top of its flag pole.

"Cans, plastic bags, clothes, anything really that can be found on the boardwalk," says San Diego Lifeguard Sgt. Kerry Brown. "It's become a secondary job duty that takes away from our priorities."

Brown says lifeguards have to get up to the roof several times a week to clean off trash.

They haven't flow the American flag at the station because of past vandalized the flag pole, in one instance raising trash cans on the pole's ropes, according to Brown.

Brown said for now, they're trying to make sure their station is kept clear of trash as best they can, but it shouldn't come at the cost of their resources.

"Visitors come to the beach and they see trash on our roof and a flag we can't fly, it's a little bit embarrassing," Brown added.

Lifeguards encourage anyone who sees anything suspicious around the lifeguard tower to call police.

Anyone who notices vandalism can report it on the city's Get It Done mobile app.