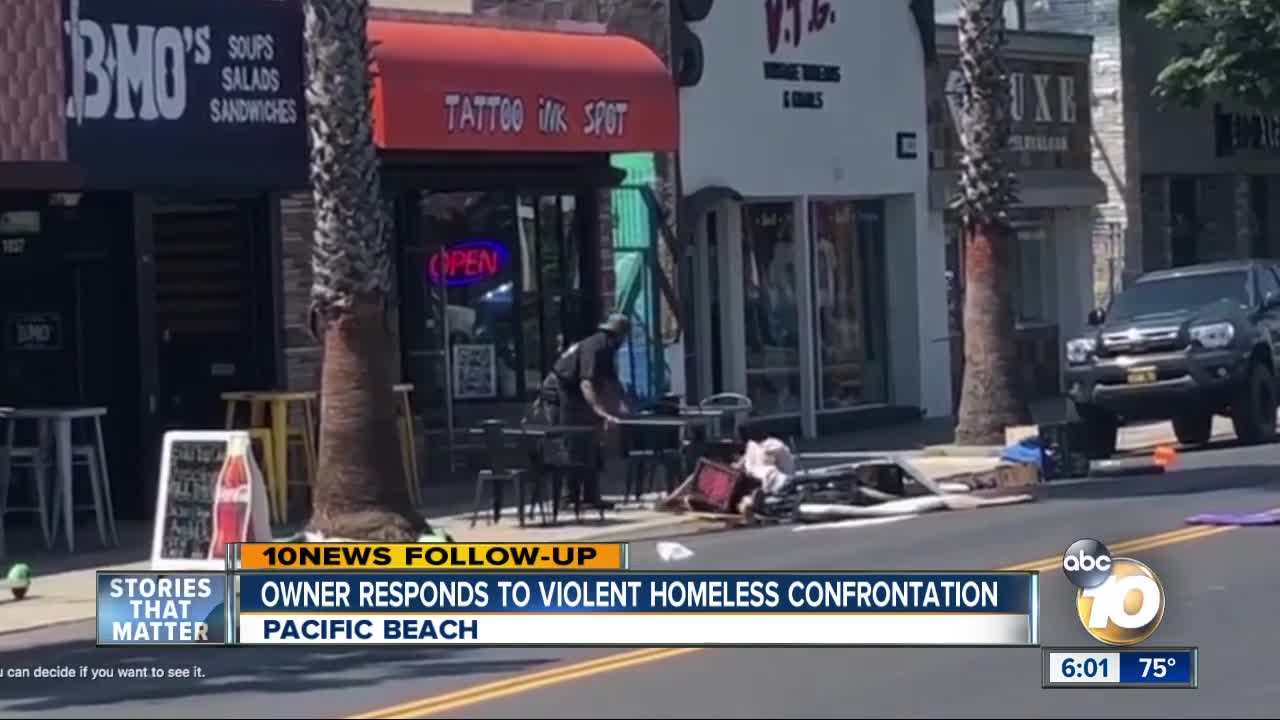 SAN DIEGO (KGTV) — A Pacific Beach business owner is responding to a viral video of a worker's violent confrontation with a homeless man this week.

The owner of B-Mo's Sandwich Shop, identified as Marc L., posted a message to Facebook in response to the video, which shows an employee push a table into a shirtless man's head, then begin throwing his belongings into the street.

The note read in part that while he is apologetic for the events that occurred, "this person has been rather malicious to our community for over a year now."

"Let me reiterate, this is no excuse for the choices and actions of our employee. However, that being said, I would ask for everyone to understand that we love this business and the Pacific Beach community immensely ... I sincerely hope we can all move forward, and learn an important lesson from these less than ideal happenings," the statement read.

10News reached out to B-Mo's once again Friday, but no one was available to speak. Employees confirmed the note was posted by one of their owners.

The employee in the video has not been named.

San Diego Police say they have opened an investigation into the video. Police are looking for the homeless man in the video to see if he would like to give a statement or cooperate in the investigation.

SDPD encourages people to call when officers are needed, but keep in mind that calls are prioritized based on danger to the public.