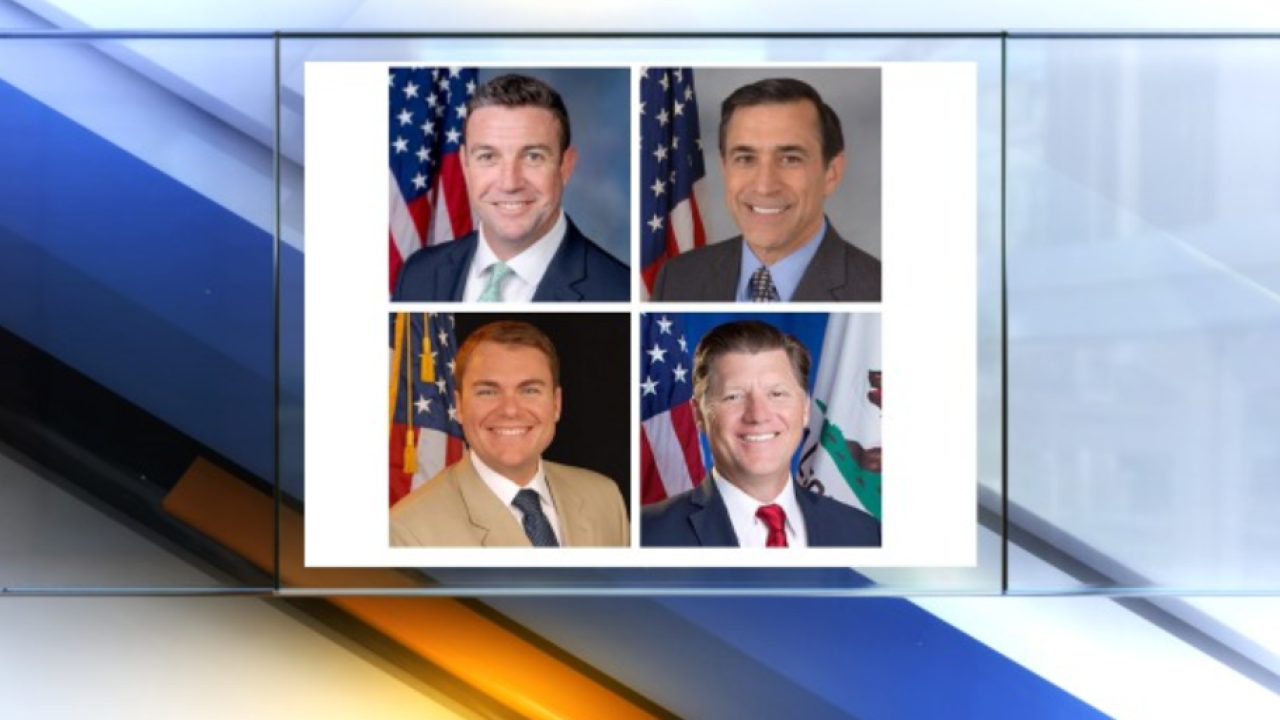 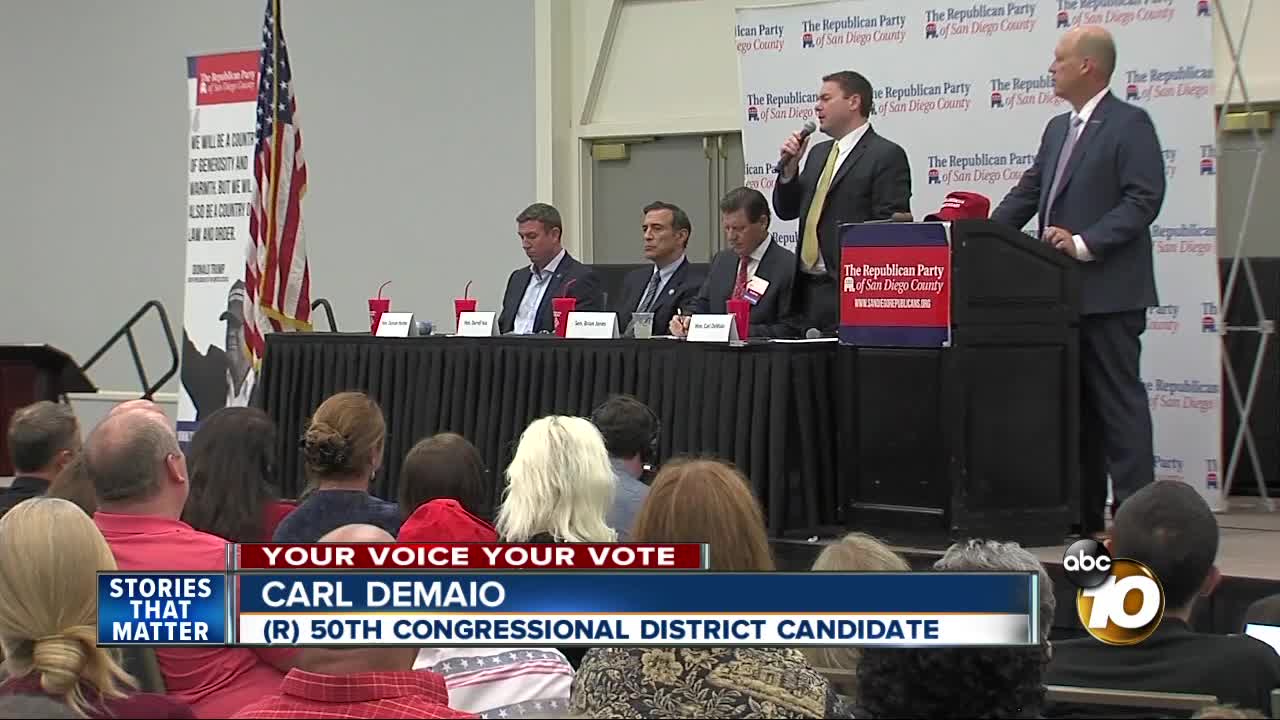 SAN DIEGO (KGTV) - The Republican Party of San Diego County on Monday decided not to endorse any of the Republican candidates running for the 50th Congressional District.

At a public forum in Mission Valley Monday night, the candidates and incumbent each stated their case for the seat.

Hunter, who is facing 60 counts of felony campaign fraud charges, compared himself to President Trump.

“If you believe all the stuff that the Union-Tribune and the news say about me, then believe everything they say about Trump, too. Because it’s not true,” Hunter told the audience.

When it was Issa’s turn to speak, he took a jab at DeMaio and called him a “never Trumper.”

DeMaio then said Issa was part of the reason why Republicans do not have control of the House.

A candidate needed a two-thirds vote from the 49-member committee, but in a closed session that lasted nearly two hours, none of the candidates were able to garner enough votes.

The lone Democrat running, Ammar Campa-Najjar, leads all candidates, according to the poll.