San Diego landmarks to light up in honor of women's suffrage 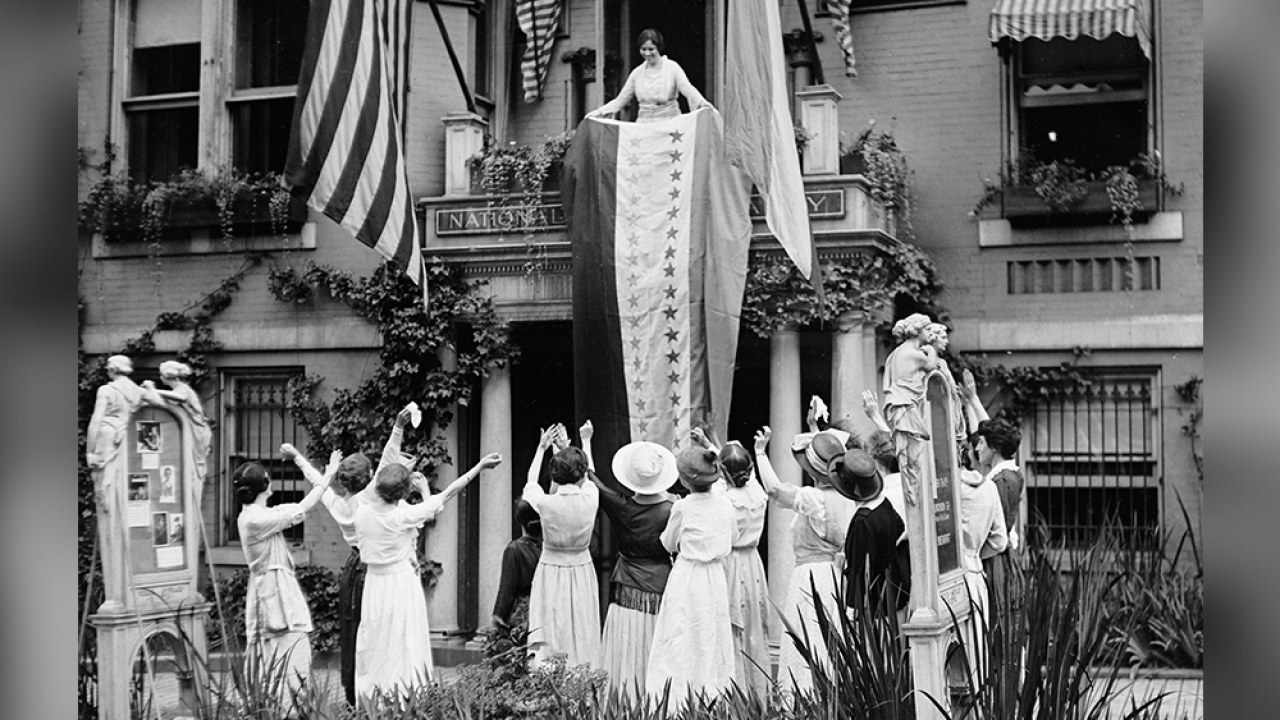 In this Aug. 19, 1920 photo made available by the Library of Congress, Alice Paul, chair of the National Woman's Party, unfurls a banner after the ratification of the 19th Amendment, at the NWP's headquarters in Washington. The womenâ€™s suffrage movement in the United States is widely considered to have been launched at the Seneca Falls convention in New York state in 1848. At the time, many Southerners were wary of the movement because key leaders also were engaged in anti-slavery campaigning. (The Crowley Company/Library of Congress via AP)

SAN DIEGO (KGTV) — San Diego will light up landmarks this week in honor of the 100th anniversary of the women's suffrage movement.

San Diego's convention center Sails Pavilion and Balboa Park's California Tower will be illuminated in purple and gold to commemorate the passage of the 19th Amendment starting Monday until Friday.

"This week San Diego will be illuminated in colorful lights to celebrate the single largest expansion of voting rights in American history," Mayor Kevin L. Faulconer said. "Millions of women can cast their ballots in November because our nation had the collective will to enshrine in our constitution this fundamental right. My daughter will soon be old enough to vote, and this is the time to remember it would not be possible if not for people just like us who 100 years ago spoke out for what was right."

St. Paul’s Episcopal Cathedral, the Women’s Museum of California, and Cabrillo National Monument will also join in the campaign.

The 19th Amendment to the U.S. Constitution was certified on Aug. 26, 1920, after Congressional approval and ratification by two-thirds of states. California passed the right for women to vote with Proposition 4 in 1911.