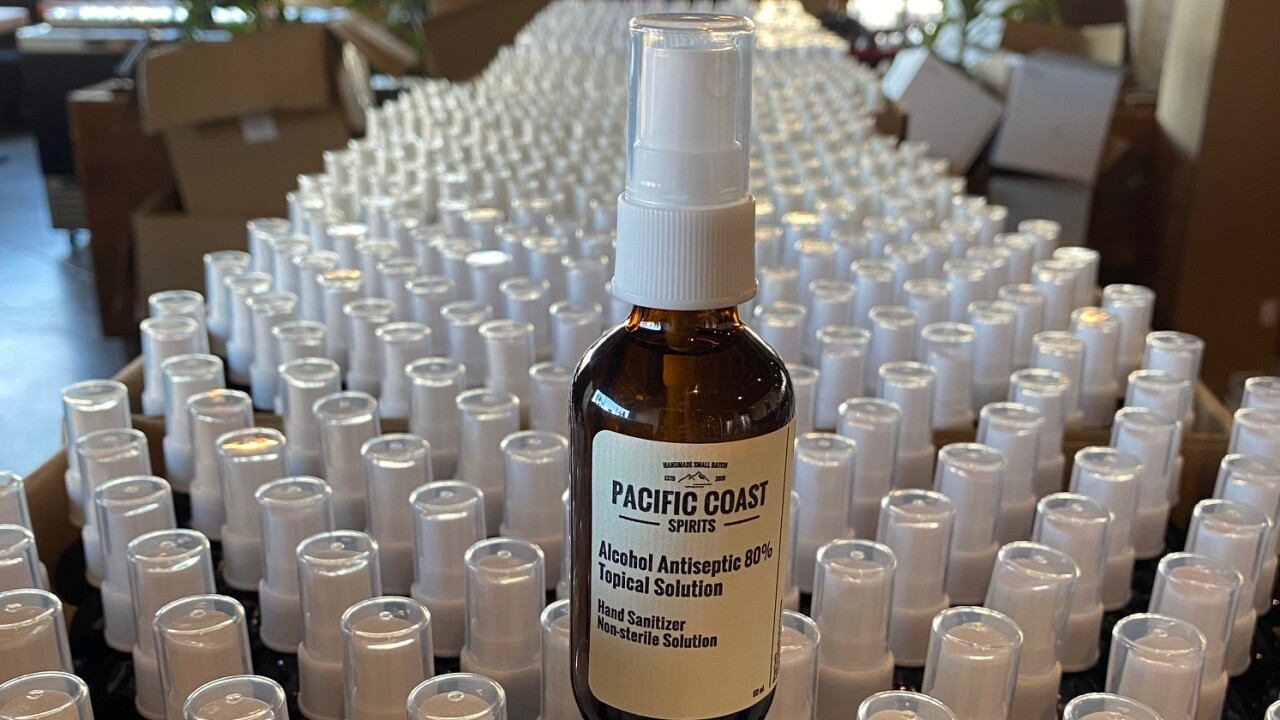 More than 10,000 gallons of sanitizer have been produced by San Diego Distillers Guild members for frontline workers, first responders, and the public.

When the pandemic started, local distilleries saw a drop in demand as California deemed many locations non-essential. But as many adjusted to a new business atmosphere, they also found a way to contribute to life-saving efforts.

“The last several weeks have been nothing short of extraordinary for our small but mighty distilling community here in San Diego. The combined efforts of our member distilleries have impacted and greatly benefited virtually every corner of California and beyond. The story that will be told of this effort is one for the ages, and we can’t wait to tell it,” said Geoff Longenecker, President of the San Diego Distillers Guild.

Longenecker is also the founder of Seven Caves Spirits, a Miramar distillery that has produced more than 6,000 gallons of sanitizer in with Liberty Call Distilling.

Organizations that have benefited from these efforts include the City of San Diego, United States Postal Service, UPS, the US Navy, the City of Los Angeles, and Amazon, as well as most local police and fire departments, banks and credit unions, grocery stores, hospice and healthcare workers, and civic organizations locally and as far away as Texas and Hawaii.

“This has been a crazy run. Six weeks ago we were trying to open a new tasting room, and now we’re making thousands of gallons of sanitizer with Seven Caves Spirits. I would have never in a million years seen that pivot coming,” said Bill Rogers, Treasurer of the San Diego Distillers Guild and founder of Liberty Call Distilling with locations in Spring Valley and Barrio Logan.

Anyone interested in learning more about the distilleries making sanitizer can find out more here. Many distilleries with kitchens are also open for takeout and spirits.