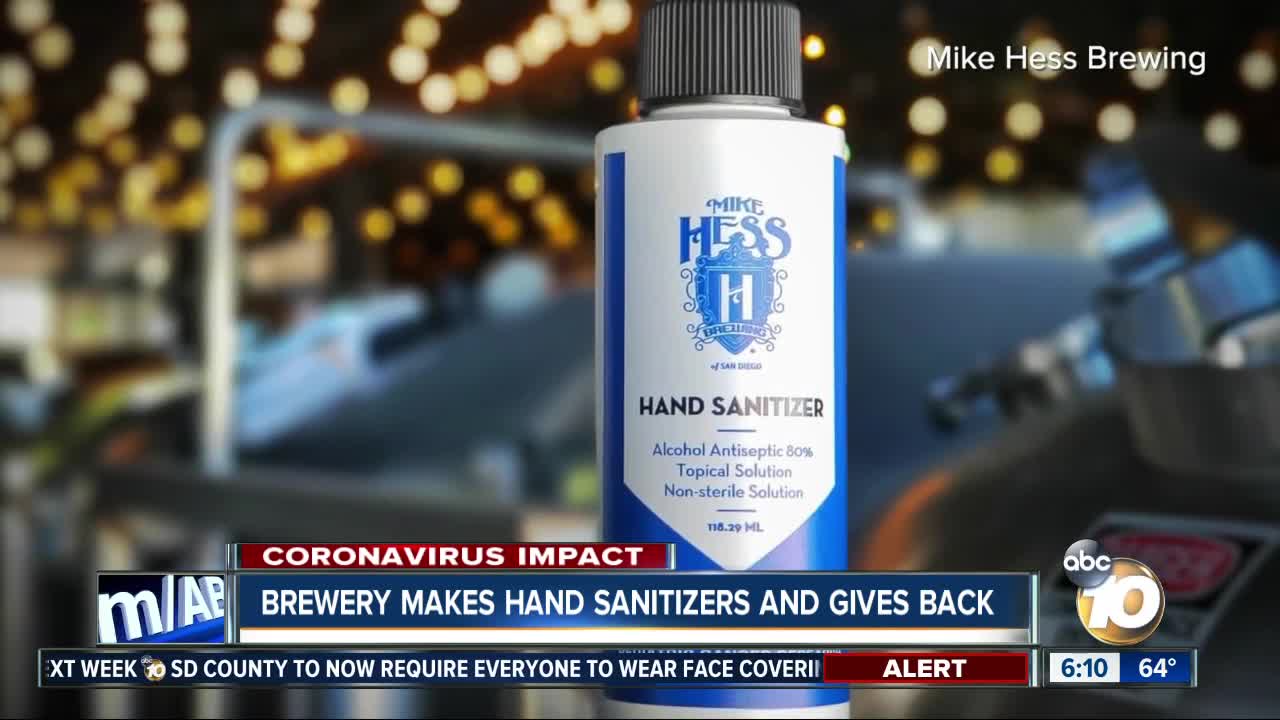 "We've grown to be about the 10th largest brewery in San Diego out of the 160 here, we have four locations in San Diego that are tap houses and two brewing locations," said Mike Hess, Co-Founder and Chief Brewing Officer of Mike Hess Brewing.

But despite his success, he's proof no matter how popular your product is, everyone's affected by COVID-19.

And for Mike, this pandemic not only hit business back in March, but home, too.

His daughter Keeley was diagnosed with Osteosarcoma cancer at the age of 12.

"Through the course of a year of treatment she was often whats called 'Neutropenic' meaning she had no immune system at all. Her white blood cell count was zero and so we have been living in this, 'wash your hands, sanitize, wear gloves, mask thing' for a lot of the year," Mike said.

Keeley was one of the reasons he added a different alcohol-based product to his menu, one with no age limit.

"We're in the alcohol industry and hand sanitizer, the one we're selling is 80% in solutions. We've been able to secure the supply chain and so we've got sanitizer bottles and now we have a production crew put together."

Not only does Hess' hand sanitizer help folks stay clean, but a portion of profits are going straight to pediatric cancer research foundations.

Mike said they too, at a time like this, need all the help they can get, "During this time the charity donations, a lot have gone down. We see that across the country so we see this as a great way where we can put people back to work do some good in the community and raise money from these foundations that need the money."

Whether he's filling bottles with cold, crisp beer or that other hot commodity to keep hands clean, he's serving multiple essential goods to stay open, during the tough times.