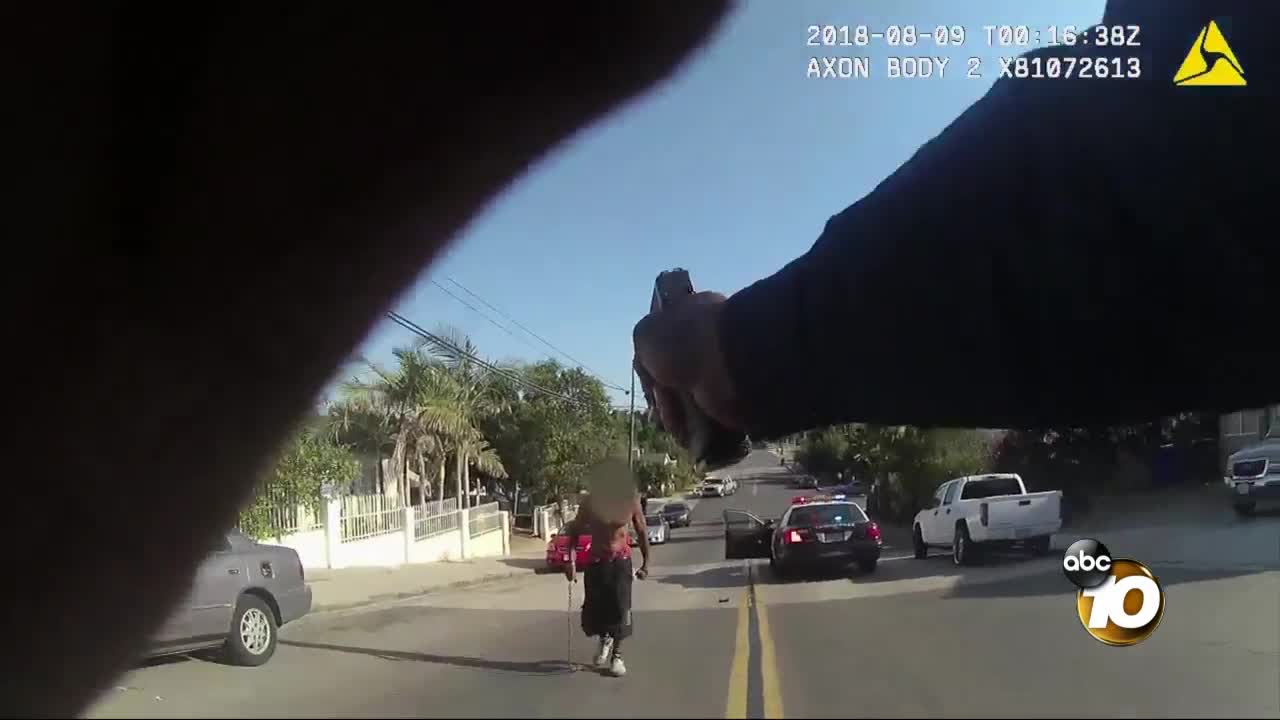 SAN DIEGO (KGTV) — San Diego's District Attorney's Office Wednesday says the officer who fatally shot a man who had attacked another person with a machete in Southcrest acted in self defense.

After review the case and officer's actions, DA Summer Stephen's office says Officer Corey Pitts, who fired upon Vaughn Denham on Aug. 8, 2018, is not criminally liable for the shooting.

Denham, 48, has reportedly attacked another person with a machete during an argument over a dog chain. After Pitts responded, Denham ran up to his patrol car and swung a four-foot metal chain at the vehicle, the DA's office says.

Denham later died at the hospital. The Stephen's office says a toxicology report showed phencyclidine (PCP), cannabinoids, and methamphetamine in his system.

"Based on these circumstances, Pitts fired at Denham in his own defense," the office's review states. "He therefore bears no state criminal liability for his actions."

In addition to clearing Pitts of any criminal wrongdoing, the DA's office released nearly two minutes of body camera footage from the incident.