On Tuesday, Board of Supervisors Chairman Nathan Fletcher announced the county's tier would change after the state reached four million vaccinations administered in its hardest-hit communities.

“San Diego is officially moving into the 'orange tier,' yet another significant step in our recovery from COVID-19. The vaccine has given us a path to save lives, restore our economy, send our kids back to school and get our way of life back. The combination of a low case rate plus the state hitting vaccine milestones allows us to continue moving forward,” a statement from Fletcher said. 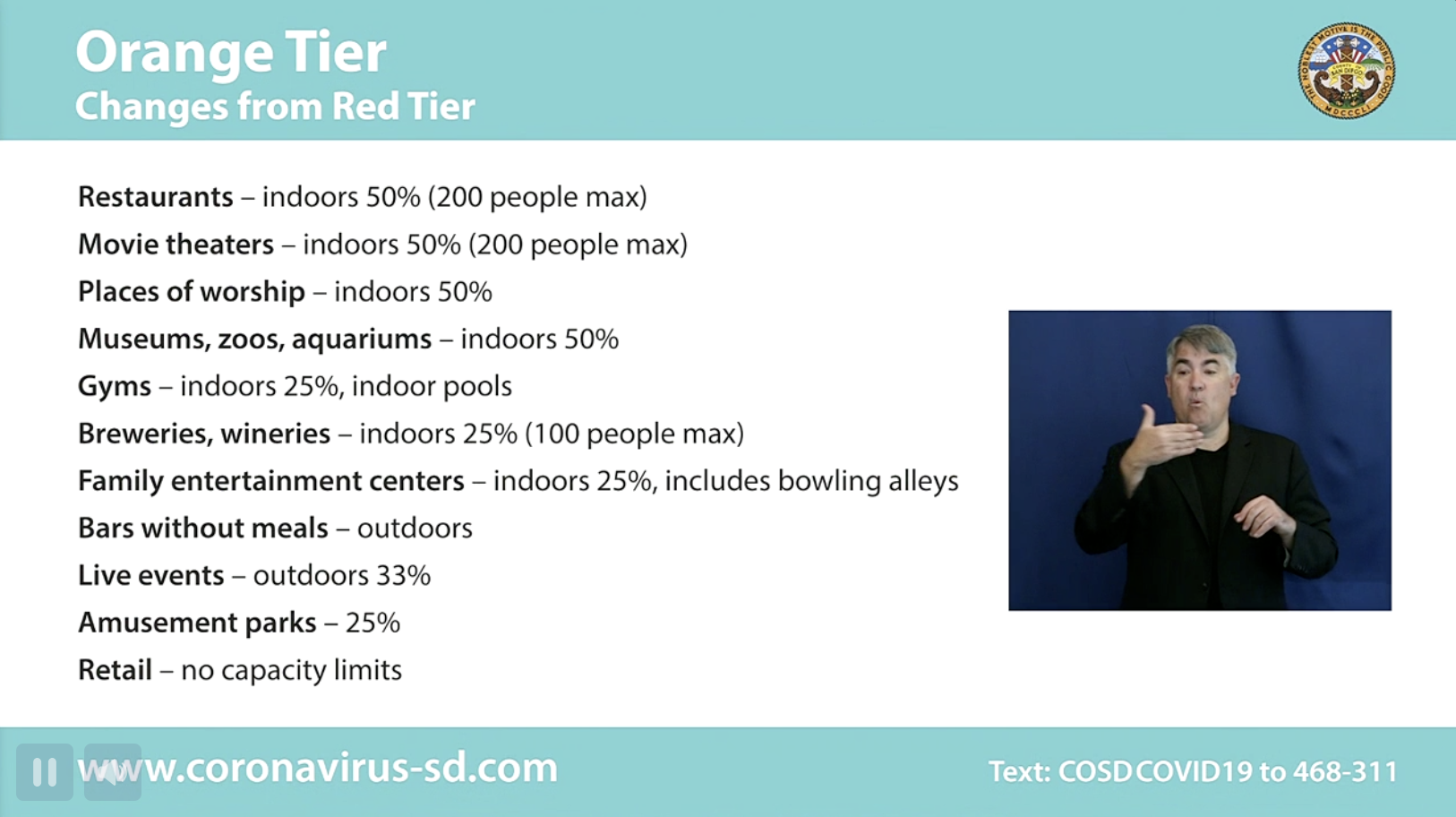 The less restrictive orange tier will allow the county's businesses to reopen with larger capacities than in the purple and red tiers. Some changes include:

April 15 will also be the start of California's new guidance surrounding gatherings, private events, and indoor live events, which will each see capacity increases moving into the orange tier. (See a full list of business reopening measures here.)

"We're headed in the right direction because of what we've done, not in spite of it," Fletcher said. "We want to continue to move forward and be a model and that example."

The tier change comes the same day that California public health officials announced that the state's color-coded tier system would end on June 15 if vaccine supply is sufficient for Californians 16 years and older who wish to be inoculated, and hospitalization rates are stable and low.

California has reported more than 20 million vaccine doses, with 4 million people in the state’s hardest-hit communities being vaccinated. San Diego County has administered 1,034,511 first doses of the COVID-19 vaccine (or about 38.5% of the population) and 611,154 (or 22.7% of the population) have been fully vaccinated.