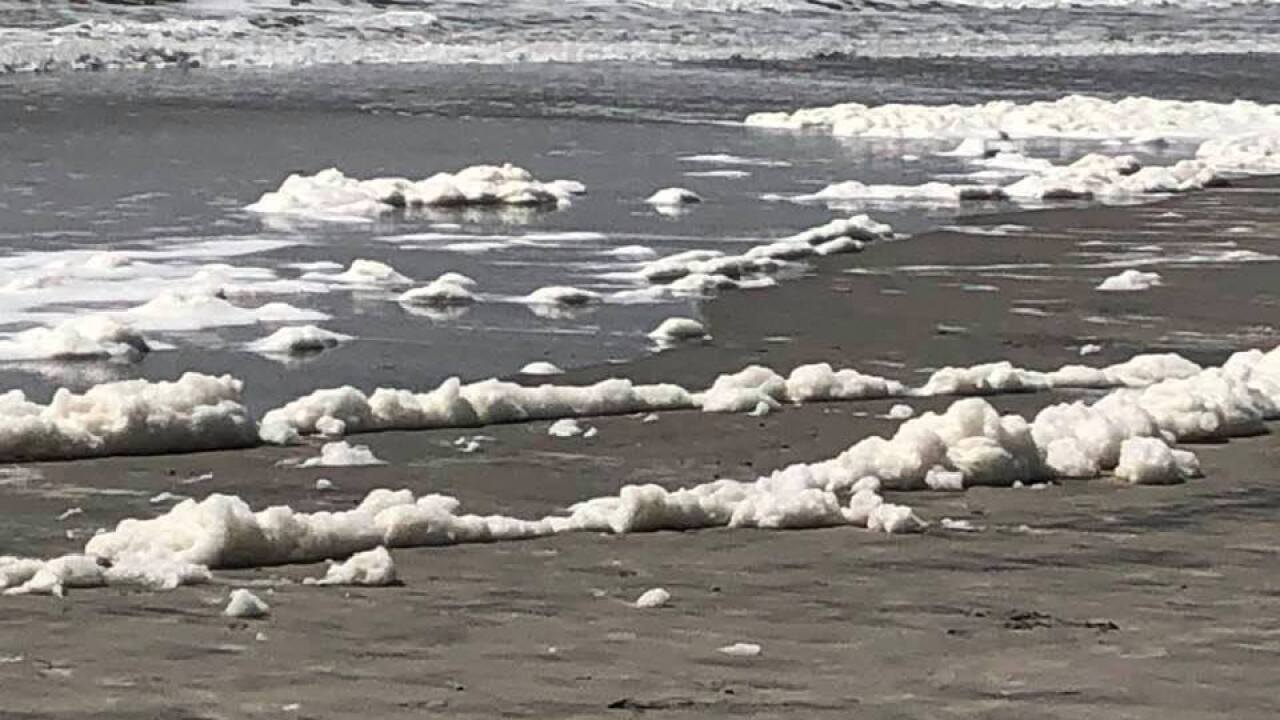 San Diegans have posted several photos online showing the foamy buildup along the shoreline in some areas.

The foam is product of the red tide that has remained along the county's coast for more than a month, according to Allison Cusick, of Scripps Institution of Oceanography at UC San Diego.

"As algal blooms begin to die and break down, tons of dissolved organic matter (like proteins, lignins, and lipids) remain in the ocean," Cusick wrote. "As the ocean gets churned up by the wind and waves, air bubbles get trapped in the dissolved organic matter and it creates the sea foam we see building up on the beaches! Because it was such a huge bloom, and now San Diego has a nice swell coming in, its making a particularly foamy flotsam."

Cusick says the smell many of the county's coastal neighborhoods noticed a couple of weeks ago signaled the tide's decaying algae. Now, the foam signals the red tide is further on the decline.

"Every week a dedicated team of researchers at Scripps Oceanography monitor the conditions off the Scripps Pier ... the glowing blue bioluminescence show we’ve had for over a month was caused by a dinoflagellate named L.polyedra ... L.polyedra bloom drastically declined this week," she says.

But just like the red tide, beachgoers don't have to fear the foam. Cusick says the foam is not harmful. The species of algae known to cause the red tide has not been known to produce any toxins on our coast.

"The foam on the beach now is not likely to have toxins from any of the algae dying, but again some people may experience irritation as there is a lot of organic matter and bacterial activity from algae decay," Cusick said.

The tide can be harmful to local marine life though. As the algae dies off, it causes low levels of oxygen, or "hypoxia," in the water, Cusick added.