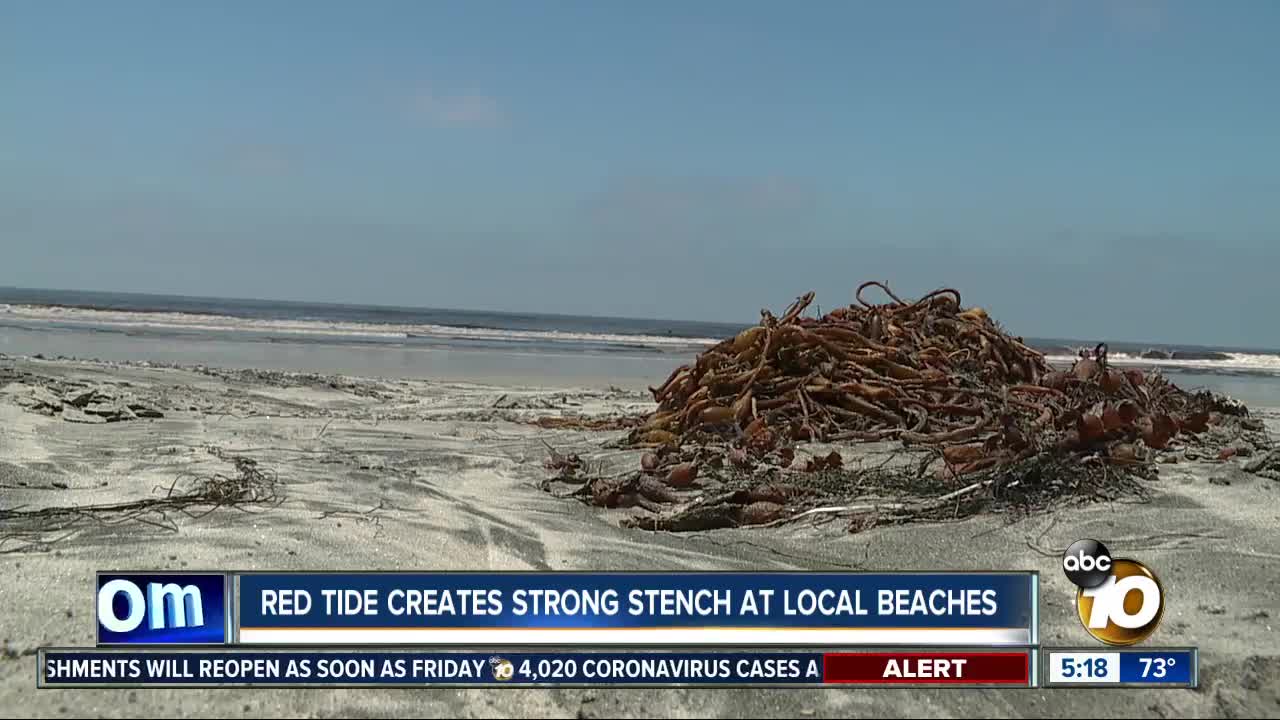 People up and down San Diego's coast are noticing a strong odor. Local biologists say the odor is coming from the most significant red tide event San Diego has seen in decades.

SAN DIEGO (KGTV) — People up and down San Diego's coast are noticing a strong odor.

Chelsea Jones took her three children to Fletcher Cove in Solana Beach hours after it opened Monday for the first time in more than a month.

"I more noticed it last week when I was driving on the freeway through here and the lagoon area, but it is kind of stinky," said Jones.

Local biologists say the odor is coming from the most significant red tide event San Diego has seen in decades.

"There's a lot of material in the water. Cells are starting to die. They're releasing their content and it stinks," said Dr. Michael Latz, a marine biologist at Scripps Institution of Oceanography.

Part of the odor is from dead fish, especially in enclosed areas like lagoons, estuaries and harbors.

"When red tide degrades there's a lot of bacterial action, and that can cause conditions of low oxygen. In enclosed locations, harbors, estuaries, lagoons that can lead to fish kills. In the open ocean, that won't happen," said Latz.

What's turning the ocean a reddish-brown during the day is transforming the waves into a bioluminescent light show at night.

"The organisms that are very abundant producing the red tide discoloring the water by day are bioluminescent. In nature, they use that to protect themselves from predators. When a predator grabs them that creates a force that they react to, it's like a reflex, and that flash of light serves to startle the predator, so they feed on these organisms less," said Latz.

Latz said there is no way to know how long the red tide will last or when it will return.

"I think people should appreciate this as manifestations of nature. It is not due to pollution or anything that we have done to degrade the ocean. It is just a beautiful spectacle," said Latz.