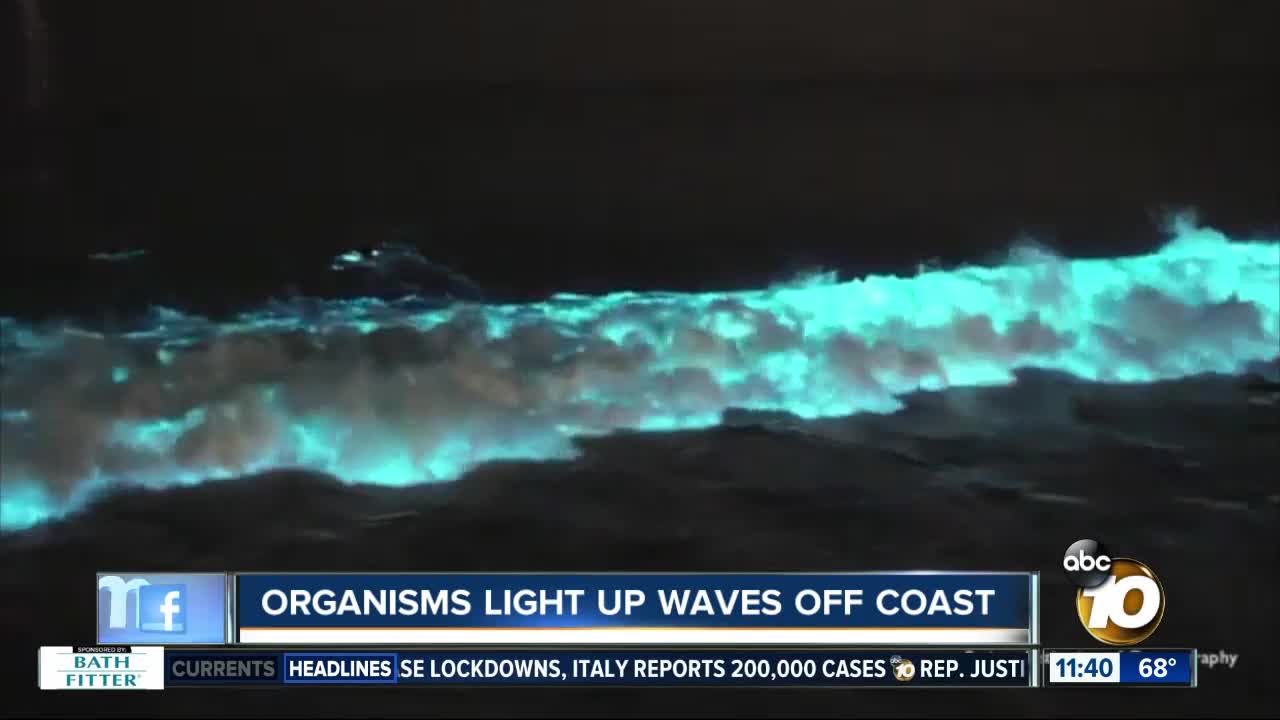 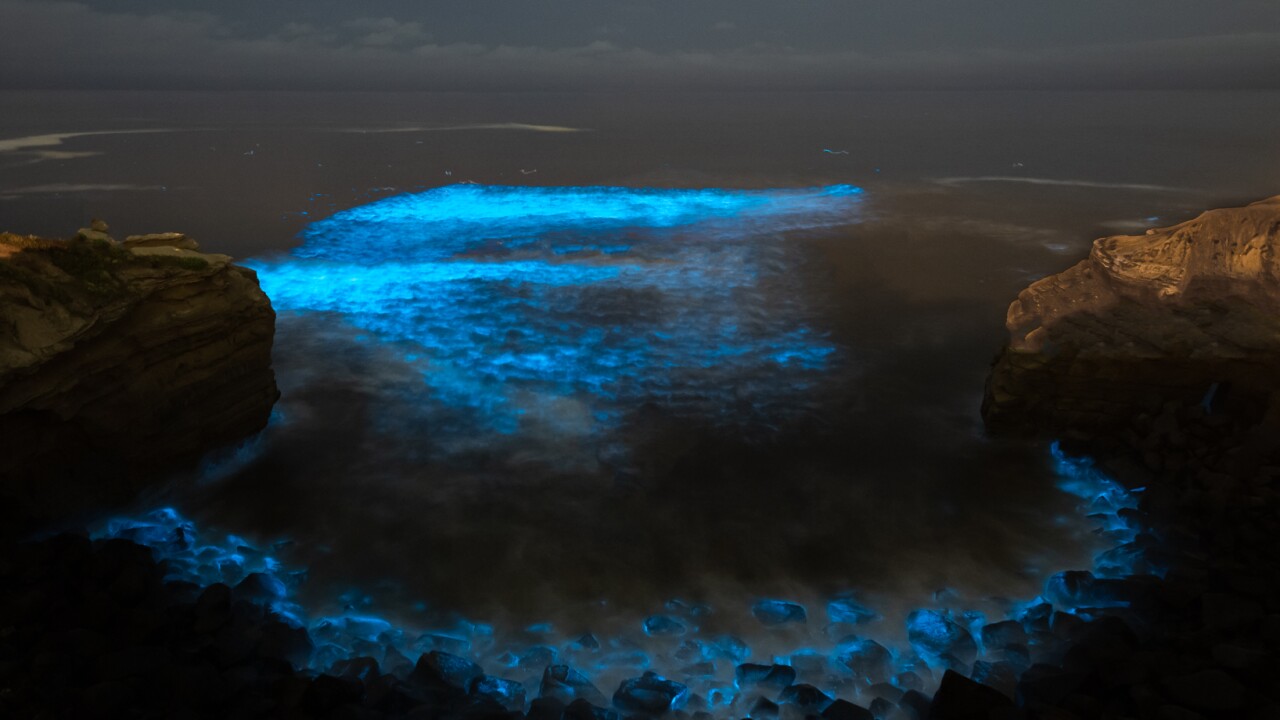 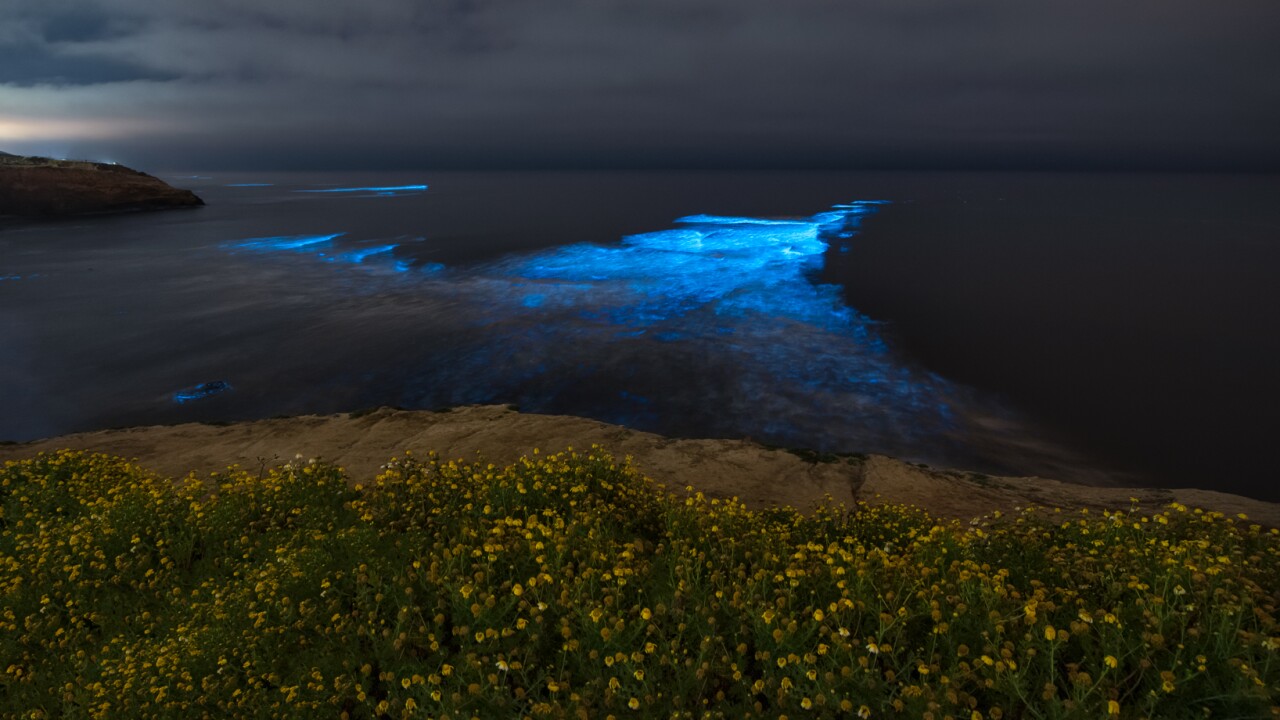 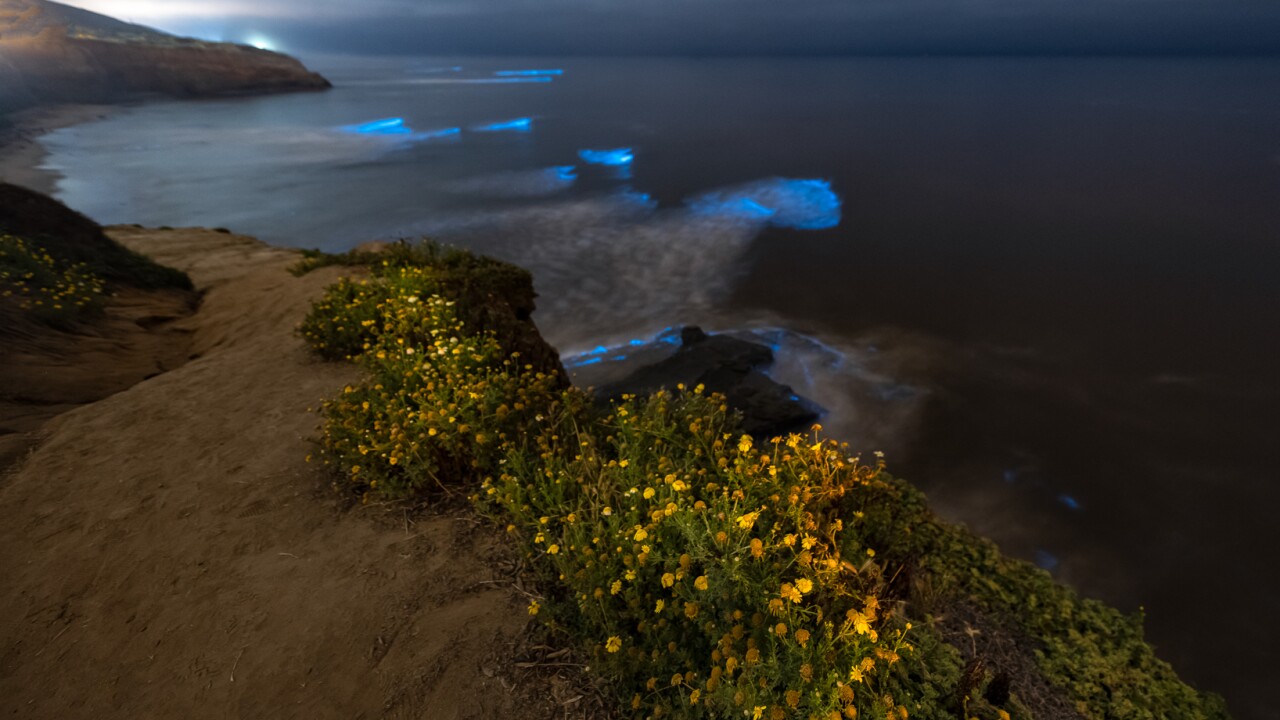 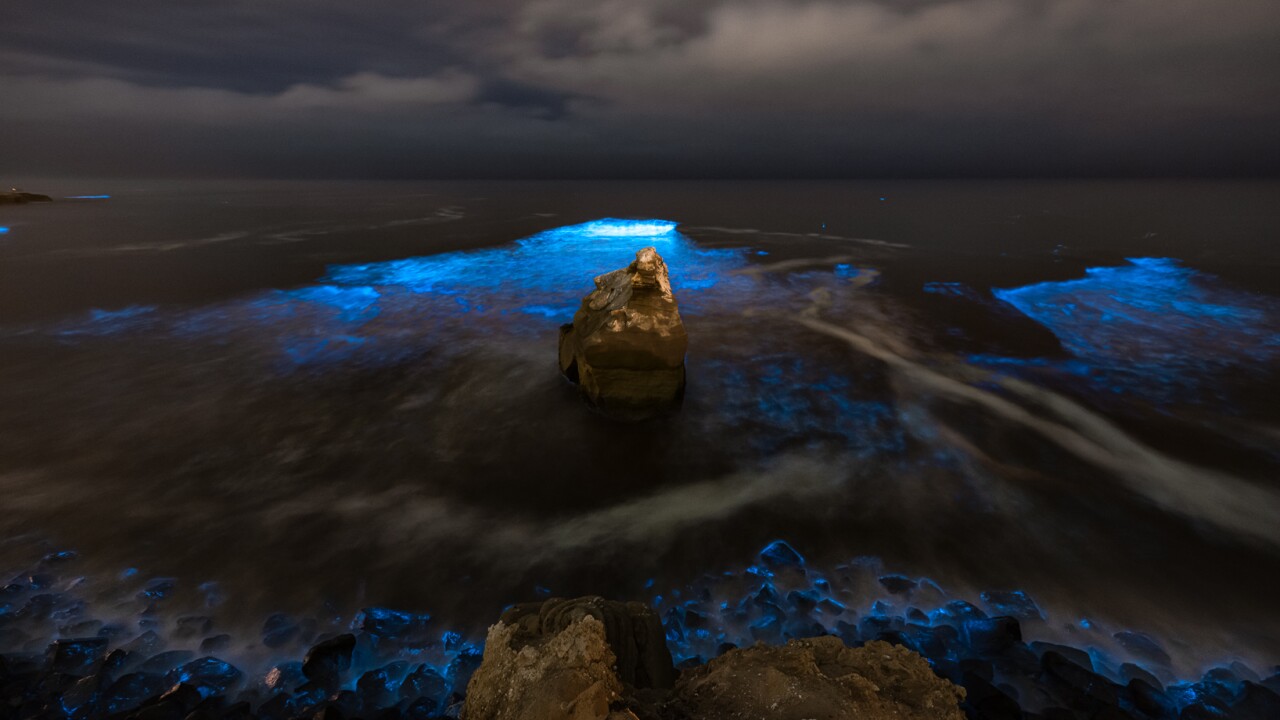 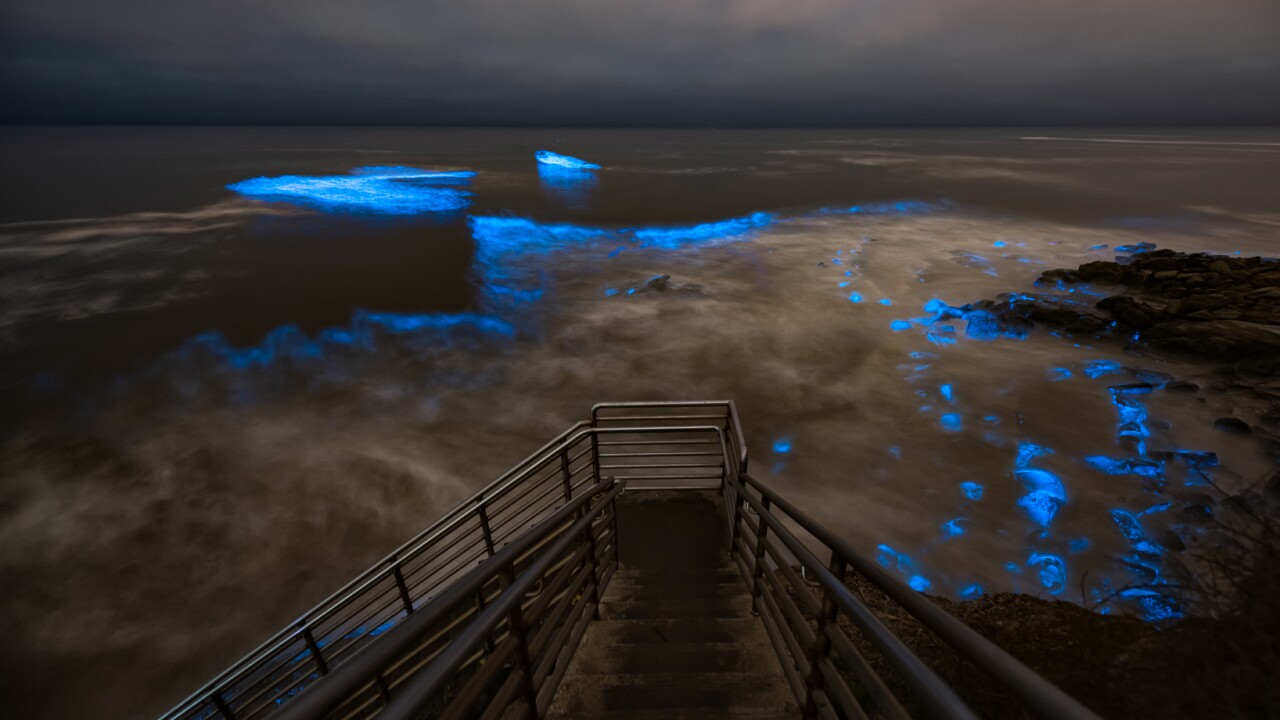 He says there were just a handful of people there when he was taking pictures, but by Tuesday night word had gotten out and the phenomenon started to draw crowds.

People are feeling cooped up, and seeing the viral video of dolphins in Newport Beach dancing along the surface, creating trails of breathtaking blue awoke people's desire to get outside and see for themselves.

Yorobe understands, but wishes they would be careful if they do go see it. "I get it," he says, "but beating COVID-19 is more important."

Our photographers Geoff Stevens and Paul Anderegg shot video Tuesday night of people crowding the cliffs to see the waves crash, only a few wearing masks, and many not maintaining proper distancing. There were lines of cars waiting to park.

The dinoflagellate display happens during red tide, when an algae bloom filled with a certain phytoplankton causes the ocean to appear red or brown during the day. At night when the water is stirred up, it can create the incredible blue bio luminescence.

The bloom in 2011 lasted a month, long before the terms social distancing and pandemic were part of our everyday vernacular. No one knows how long this round will last.

10News reached out to the mayor and SDPD for comment on enforcing stay-at-home and social distancing orders.

San Diego police said they did receive a call about 50-100 people gathering last night, but unfortunately they had other high priority calls and couldn't send officers until later in the evening. By that time, the crowds were gone.

They ask San Diegans to help police themselves and practice safe social distancing and facial covering even when officers aren't nearby.