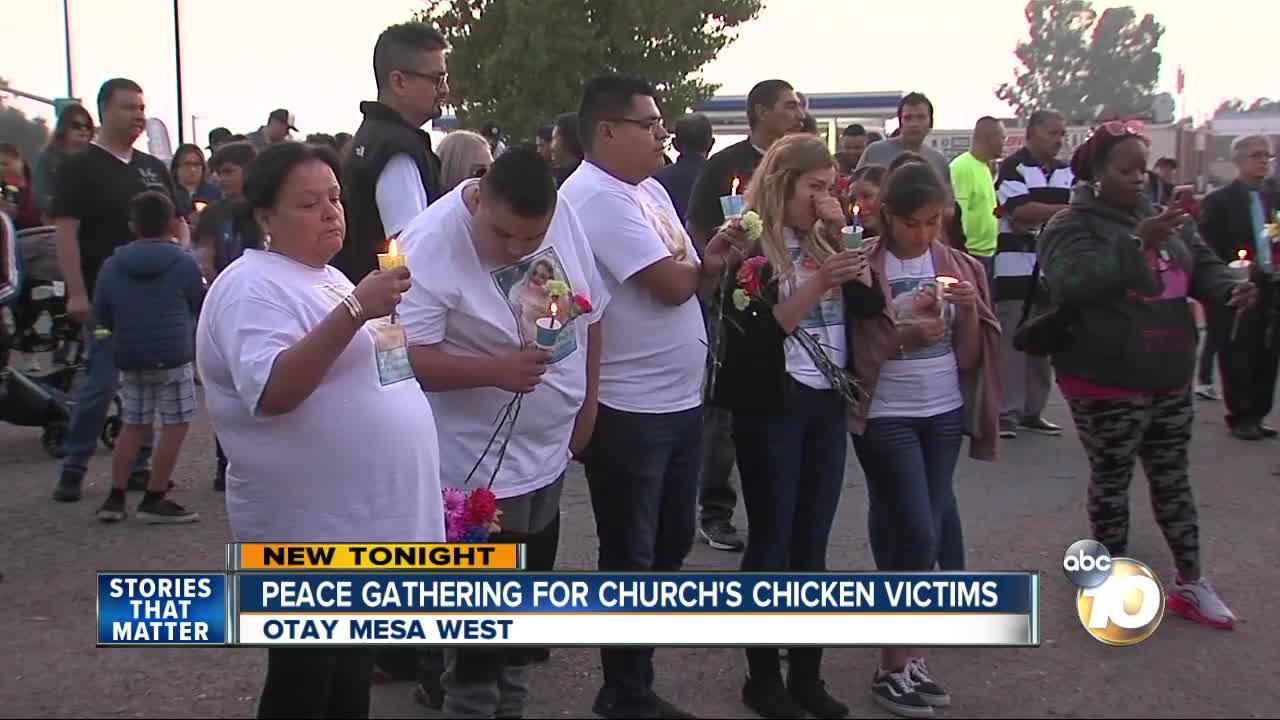 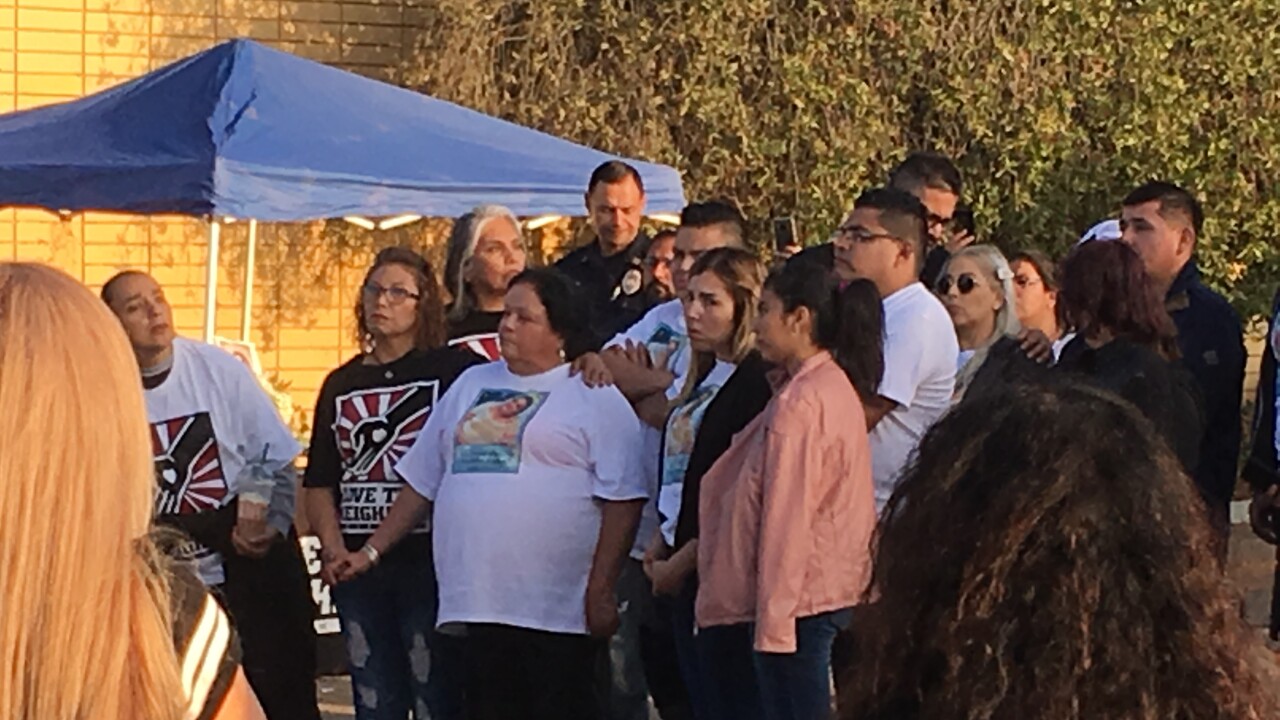 OTAY MESA, Calif (KGTV) - A peace gathering was held Saturday night for the family of Maribel Ibanez, the woman shot and killed at an Otay Mesa Church's Chicken.

Maribel Ibanez and two male employees were shot Nov. 6 by a man who has yet to be found. The two male victims survived.

At Saturday's gathering, a mural was painted of a flying candle with the name Maribel in script underneath. People spoke of love conquering violence. Musicians played, flowers and candles were passed out, and there were prayers.

"I feel hurt but I feel peace because she is already resting," Merino said. Her family found some closure after Maribel's burial Saturday afternoon.

Mario Rojas, 52, is still in the hospital, healing from his gunshot wounds in the arm and stomach.

"Worst case is, it could be another month, and that’s really all I know," said his former sister-in-law Sandra Lara.

Lara spoke with a coworker who was there that fateful night, and learned Rojas was a hero.

"One of the bullets he took was meant for her because he literally, like you know, jumped in front and she threw herself on the floor," said Lara.

Lara said Rojas had just taken the job at Church's Chicken a week ago as a second source of income to support his family.

"He’s so worried, that’s all he told me is 'I have two jobs, now I have nothing, what am I going to do?' I told him, you know what? Don’t worry about any of that, just be happy you’re alive and everything will fall in place for you," Lara said.

A family member started a GoFundMe two days ago and more than $1,000 has been raised.

Police have not found the murderer. The families hope he turns himself in so they can find justice.