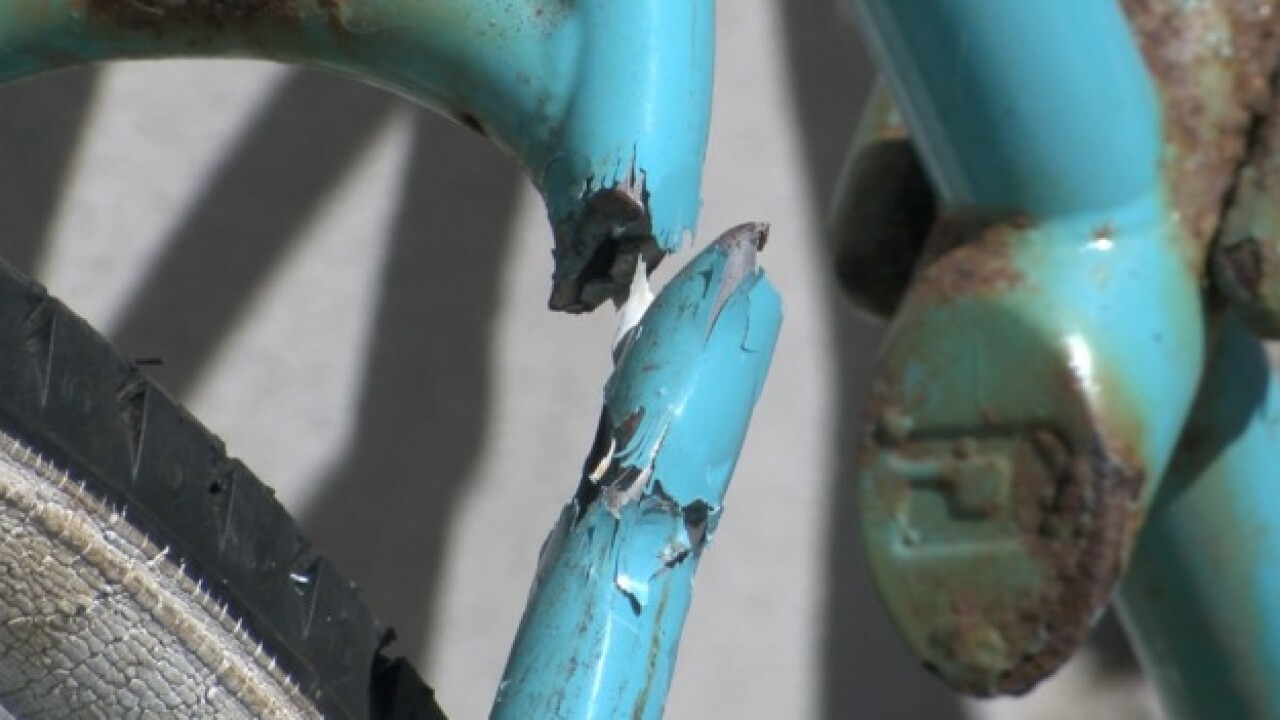 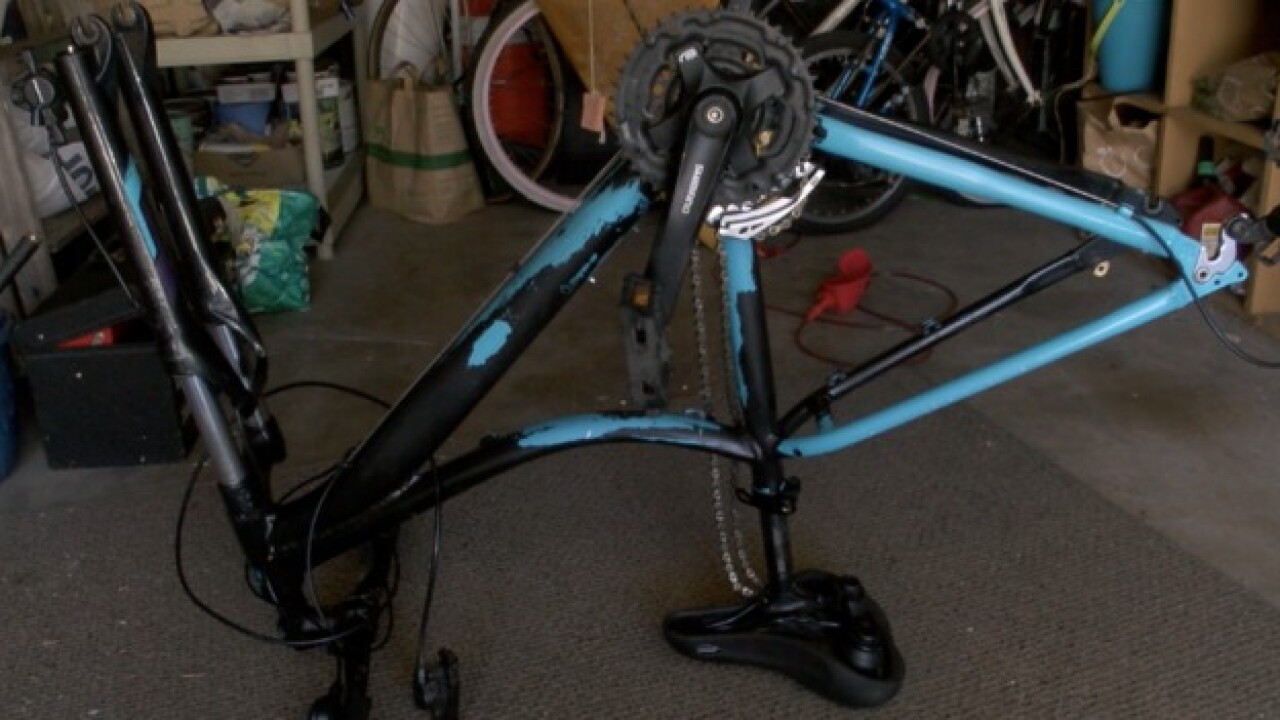 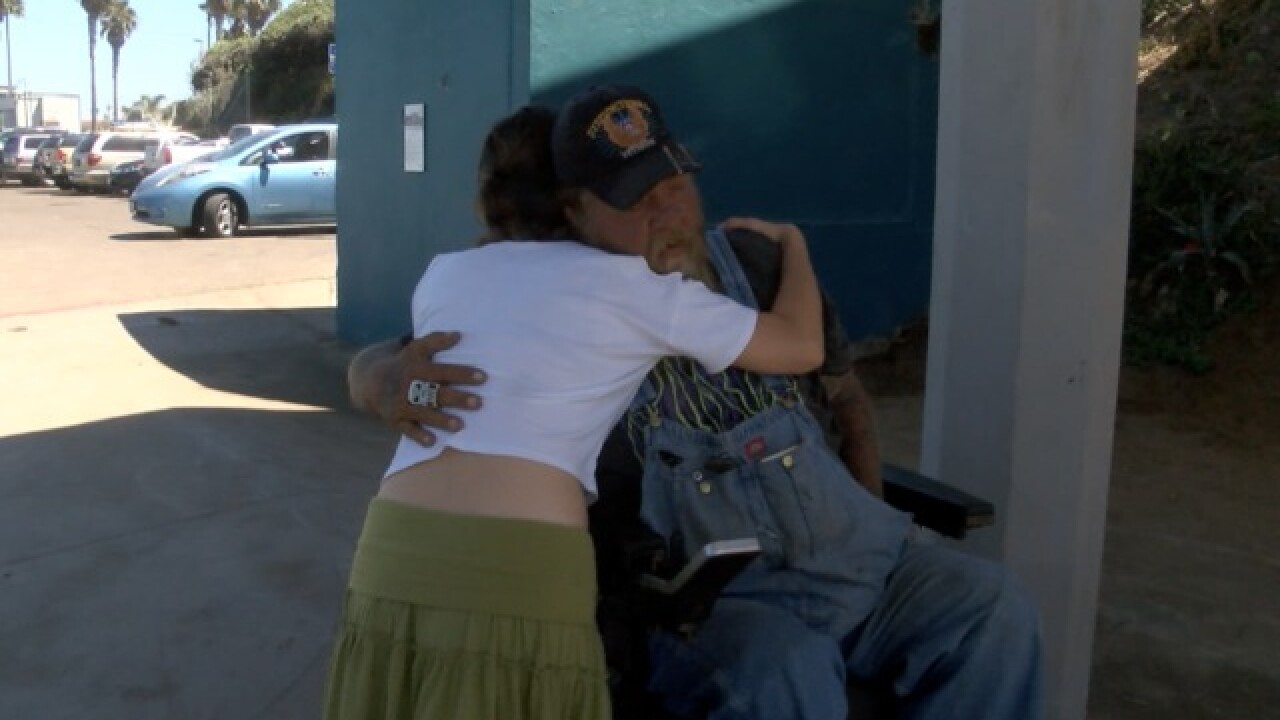 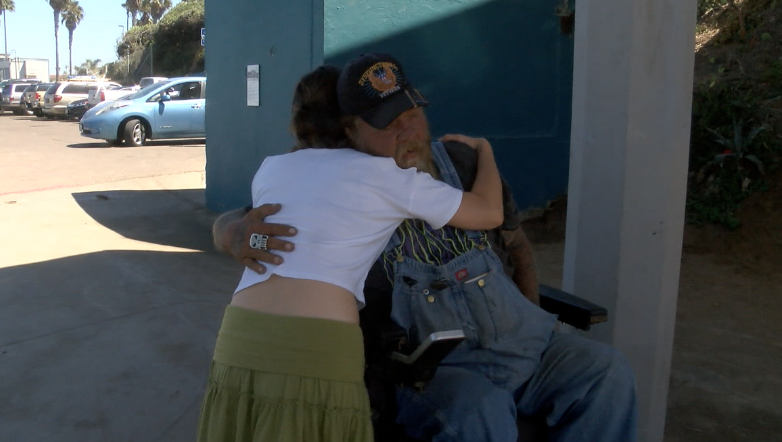 Galina Semenova discovered her $600 bike gone from the second-floor balcony of her apartment on Del Monte Avenue Thursday morning.

On Friday, she and her boyfriend weren't far away — near the Ocean Beach Pier — when she saw her bike with a group of four young homeless guys. By the time she tracked down a phone to call police, they were gone.

Semenova posted details on Facebook and got a response from Grace Helms, who has lived in an RV for the past 11 years.

"I believe we have an obligation to help others. That's how I live my life," said Helms.

She contacted her friends in the area, asking them to keep an eye out for the bike. One of them was William Hendrickson, a homeless veteran. Hendrickson, who had seen the bike with a homeless man and woman, agreed to help.

"I don't care who you are. You don't need to steal. You do right things and right things will come to you," said Hendrickson.

On Tuesday morning, the couple showed up with the bike.

"I was sitting on my phone texting, keeping them entertained. They didn't realize I sent a message," said Hendrickson.

The text was sent to Helms, who showed up minutes later.

"I put my hands on the bike and said, 'This bike was stolen from my friend,'" said Helms.

Helms says the couple claimed they didn't steal the recently spray-painted bike, but allowed her to take it to Semenova.

"I'm just so grateful. It's a miracle to me," said Semenova.

She's grateful about the unlikely heroes that saved the day.

"Don't judge people. Don't put labels on all of them. I'm happy about the bike, but even more ... that people look (out) for each other, help each other," said Semenova.