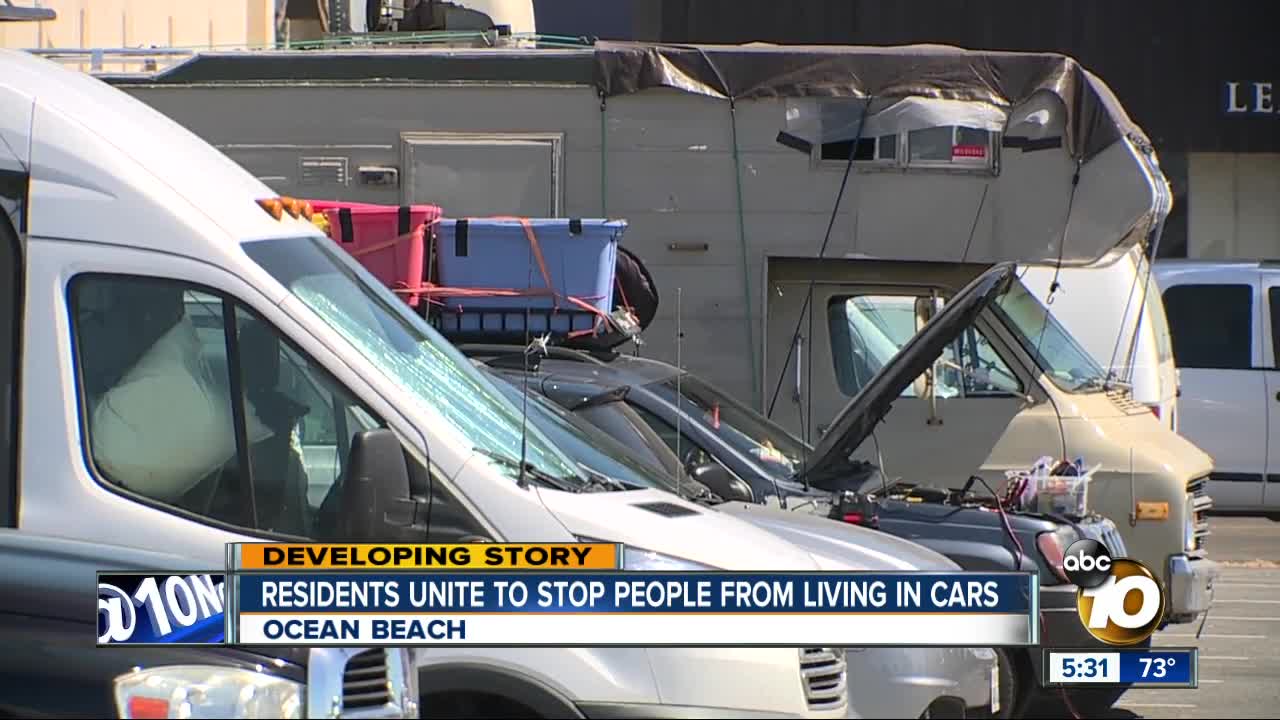 Residents in Ocean Beach say they need better solutions to people living out of vehicles in the area and the community problems they say stem from the issue.

OB resident Michael Copley and nearly 100 others emailed San Diego Police this week, asking for officers to step up patrols in their neighborhood.

"I'm just a citizen. I have no authority, I can't enforce anything," Michael Copley says. "But I was asking [police], 'please we want police presence in Ocean Beach.'"

Copley says the large number of people living out of their vehicles in the neighborhood are fueling several community issues like vandalism and the prevalence of drugs.

In a response posted to social media by SDPD officer David Surwilo, Surwilo says the concerns have been sent to patrol supervisors so that they "are aware of your community safety issues, what you are seeing and dealing with and your requests for assistance to address these issues."

SDPD Capt. Scott Wahl adds, "We are out in the Ocean Beach area, seven days a week, making sure that we are addressing these issues. And it's important that the community continues to provide that information to us."

The post referenced complaints pertaining to areas of Ocean Beach, Robb Field, and dog beach over vehicle campers, drug use, homelessness, and quality of life.

In May, city leaders approved restrictions on people living in their vehicles within San Diego. Part of those restriction prevent people from sleeping in vehicles within 500 feet of a school or home and overnight anywhere in the city from 9 p.m. to 6 a.m.

Wahl says that now, the city has more beds and parking lots available for free to those living in vehicles that can help alleviate the concerns. But according to a July report by 10News , one of the city's newest parking lots for those individuals is going largely unused.

Police recommend residents report non-emergency issues on the city's Get It Done mobile app. But if it is an emergency, residents are encouraged to call the police.