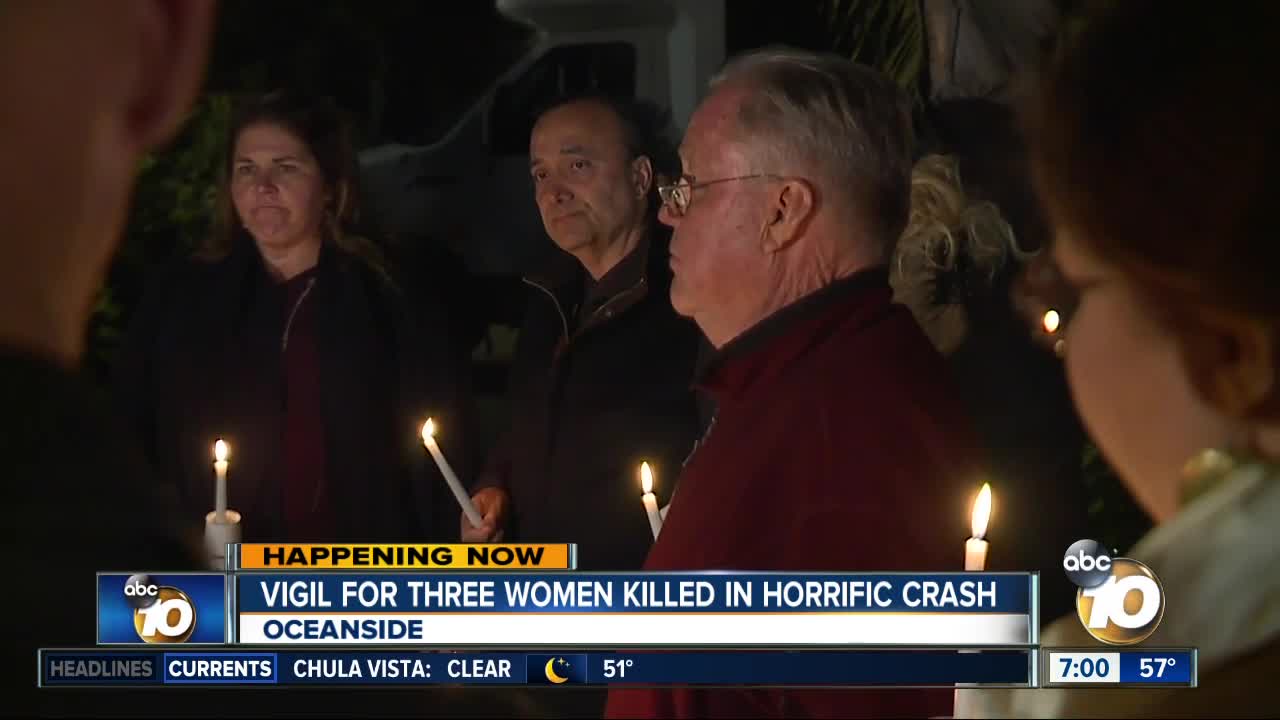 A vigil was held Thursday night for the three women killed in an Oceanside crash. 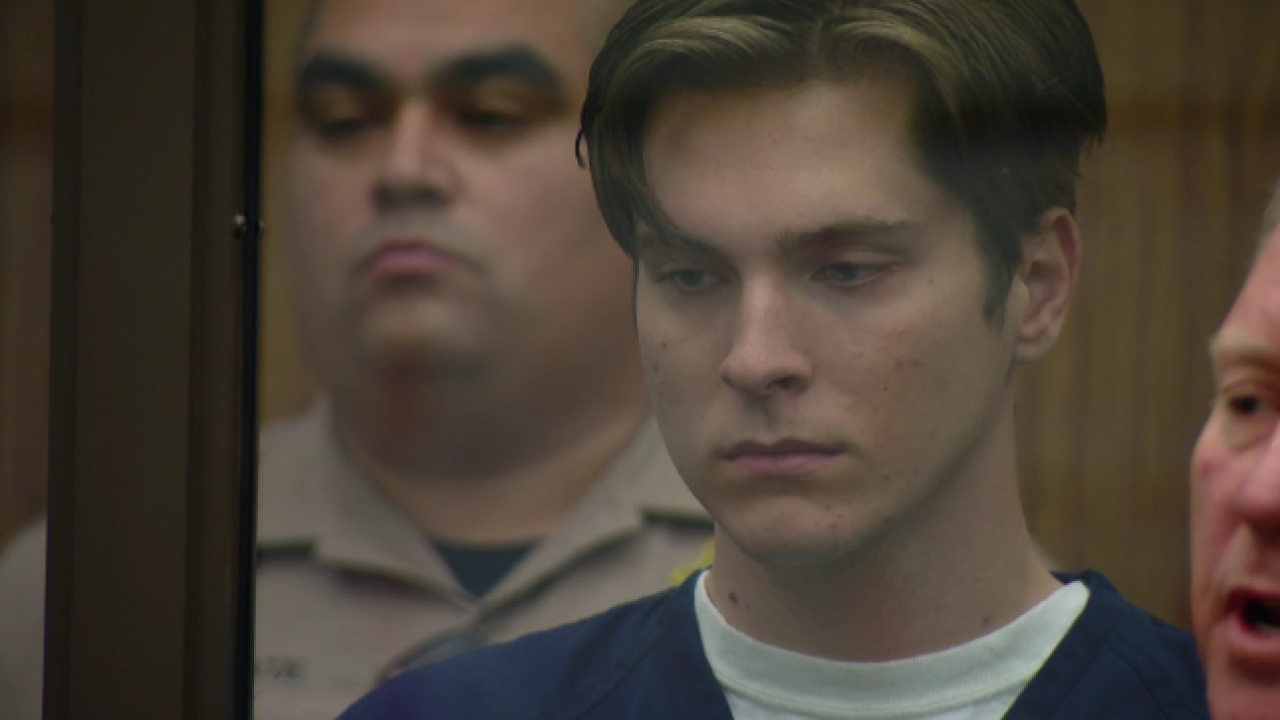 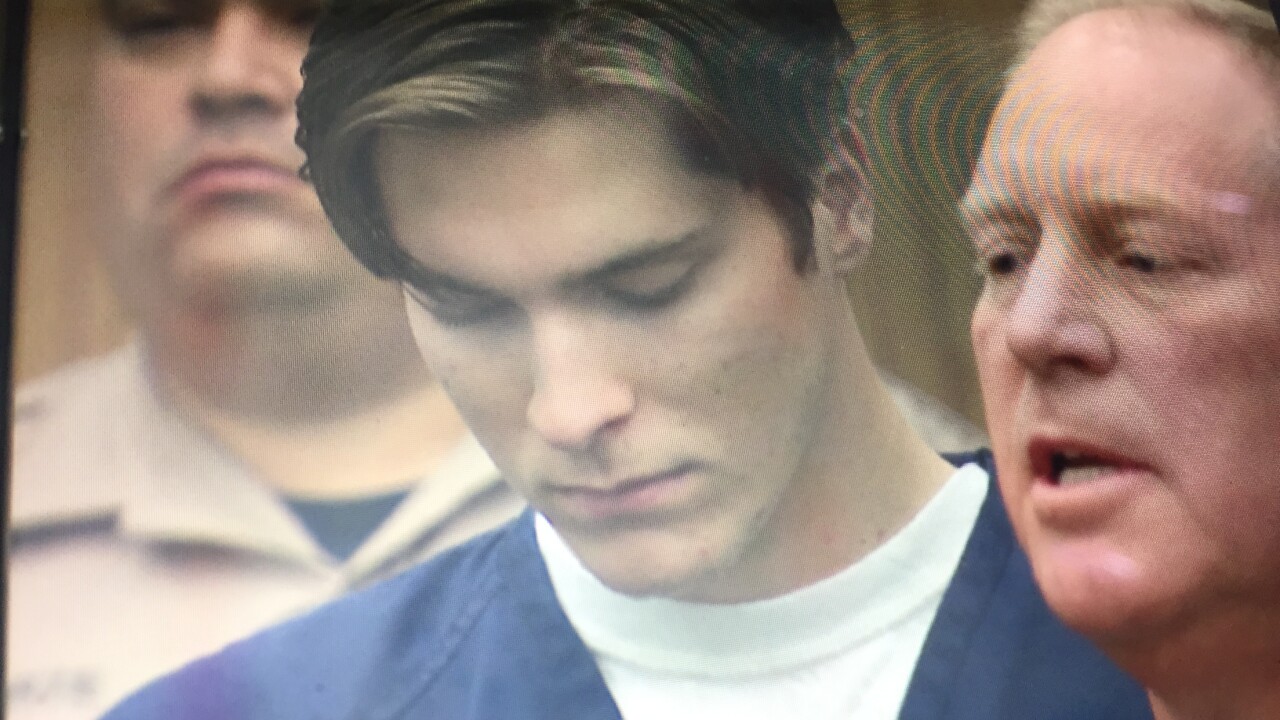 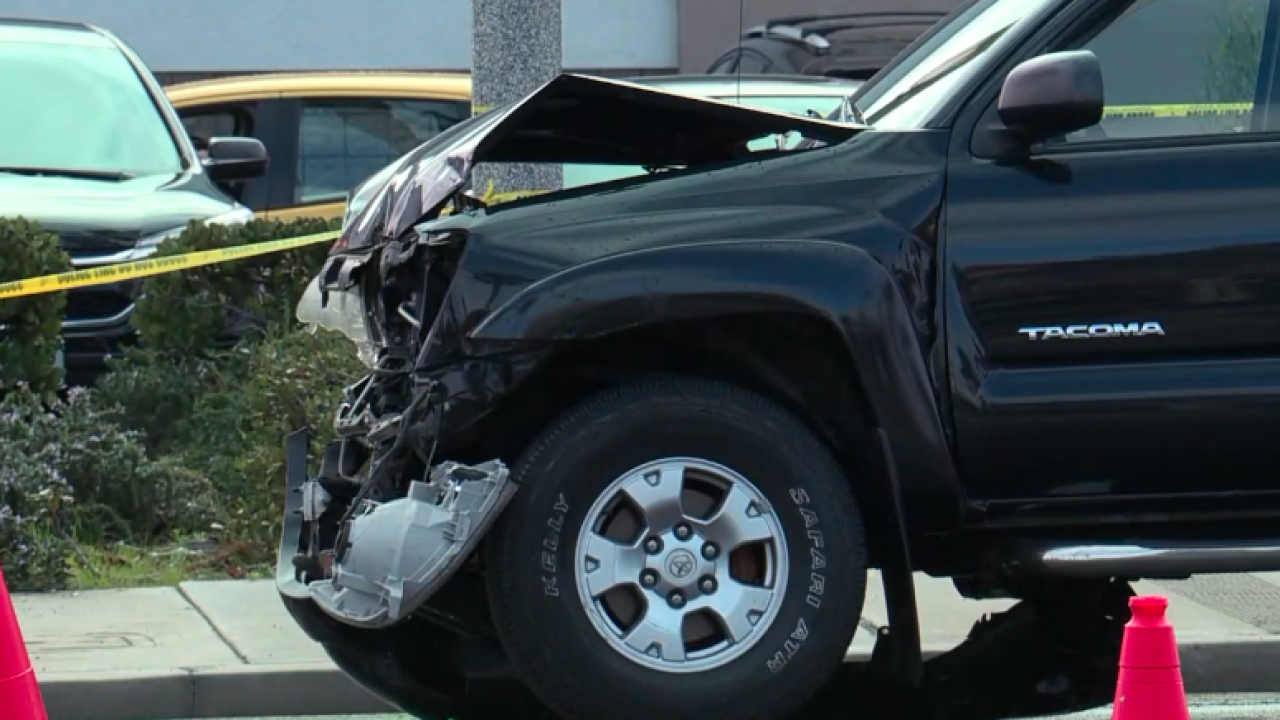 OCEANSIDE, Calif. (KGTV) -- The 19-year-old man who allegedly drove a pickup truck into a passenger car at an intersection in Oceanside, killing three women and injuring three other people, appeared in court Thursday.

Mason Fish, 19, appeared in court for an arraignment at 1:30 p.m. Fish was booked into jail on three counts of gross vehicular manslaughter and DUI resulting in bodily injury. Bail was set at $800,000.

A defense attorney claimed Fish just found out his grandmother died Tuesday and was driving to the beach to clear his head before going to class at a local community college.

Petra Arango, 40, of Oceanside; Rufina Rodriguez, 74, of Fallbrook; and 56-year-old Eloina Arango, of Mexico, were identified as the victims in Tuesday's horrific crash, according to San Diego County's medical examiner and Oceanside Police.

The crash happened just after 1 p.m. Tuesday when the Toyota Tacoma traveling south on South Coast Highway failed to stop at a red light and collided with the family's Mazda at Oceanside Blvd., police said.

Kelly and Arango Ojeda were released from the hospital Wednesday, police said.

According to DMV records, Fish's driver's license was listed as suspended or revoked on Jan. 26, 2019. Records also showed Fish had been involved in three prior crashes on Dec. 23, 2017; Jan. 25, 2018; and Sept. 5, 2018. Fish's defense attorney plans to argue that Fish was unaware his license had been suspended and in regards to the crashes, he stated Fish "tapped" a car at a red light, and was sideswiped in another crash.

Anyone with information about the collision is asked to call Oceanside Police Accident Investigator David Paul at 760-435-4431.

A GoFundMe is set up to help the family with their funeral and medical expenses. If you would like to donate click here.